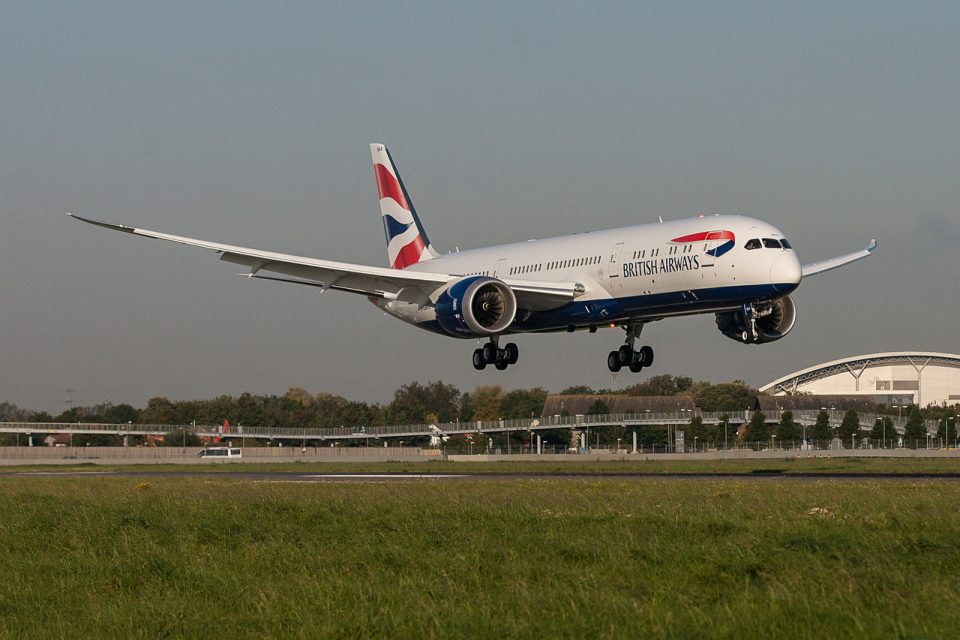 A British Airways Boeing 787-9 today returned to London Heathrow after a two and a quarter-hour flight to nowhere. The flight’s intended destination was Mexico City. However, the Dreamliner only got as far as the west coast of Wales.

Flights to nowhere have rocketed in popularity since the start of the year. From ANA to Qantas, airlines have been looking to cash in on the desire to fly without passengers effectively leaving the origin airport as far as the authorities are concerned. However, not all flights to nowhere are planned. A year ago, a KLM Boeing 747 operated an 11-hour flight to nowhere after it became clear it would not be able to land in Mexico City.

This afternoon, G-ZBKL, a British Airways Boeing 787-9, departed from London Heathrow at around 12:50. The aircraft, operating BA 243, climbed to approximately 10,000 feet before leveling off around 15 minutes after departure. It finished this climb just after it passed Reading. The aircraft stayed at 10,000 feet before descending to 8,000 feet over the Bristol Channel.

Stay informed: Sign up for our daily aviation news digest.

After around 50-minutes of flight, the aircraft began flying in a holding pattern over the Celtic Sea, presumably to dump fuel before returning to London. After 40 minutes in this pattern, the aircraft started flying back to Heathrow at 8,000 feet at 14:15. Flying via Merthyr Tydfil and a brief hold above the south-west M25, the aircraft landed back at its London Heathrow home at 15:11.

According to The Aviation Herald, the aircraft stopped its climb when the pilots noticed a problem with the aircraft’s slats. As a result, the crew advised air traffic controllers that they would need to land at a higher than normal airspeed. According to data from FlightRadar24.com, when the aircraft was at 500 feet on its final approach, it had an indicated airspeed of 186 knots.

Thankfully no passengers were inconvenienced as a result of the return to London Heathrow. The Boeing 787-9 was operating a freight-only flight to Mexico City for its sister company, IAG Cargo. This means that the impact would likely have been relatively limited.

“The freighter service returned safely to London Heathrow as a precaution due to a minor technical issue.”

Since passenger demand dropped off, British Airways has been operating a large number of freight-only flights. Doing so allows the airline to continue to make money off of moving freight from A to B without having to deal with travel bans. As many passenger aircraft were grounded, the capacity to carry cargo around the world has dropped substantially. This is the reason that British Airways has also been operating the Boeing 787 on short-haul routes such as Athens and Frankfurt.

What do you make of the Boeing 787’s return to Heathrow? Let us know your thoughts in the comments!

Investments in Airport Pharma Facilities Paying Off for WFS