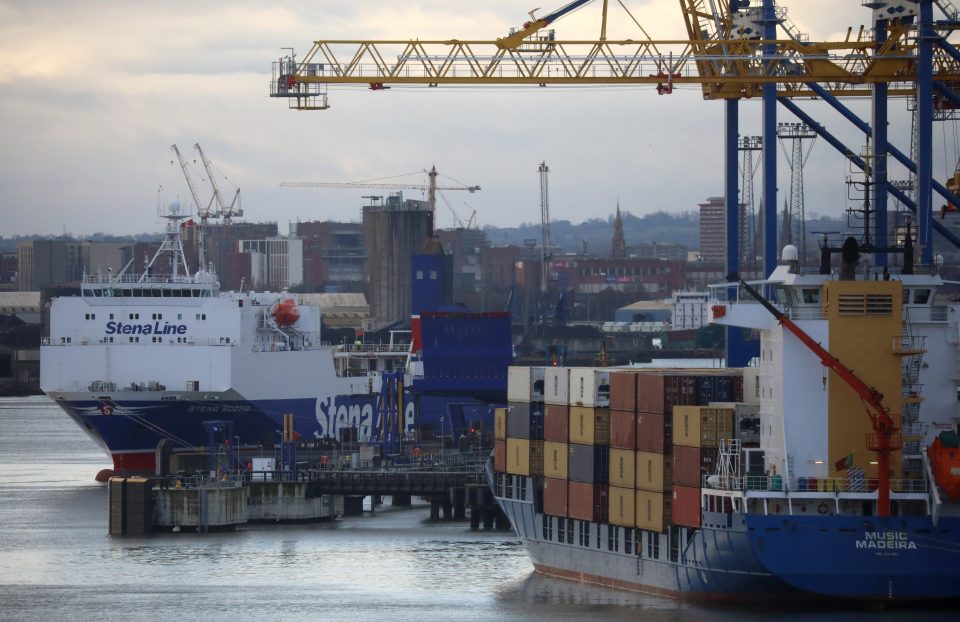 A customs official with 40 years of experience in the field has complained that the post-Brexit Irish sea border is “cumbersome” and hugely complex.

Warning of a “huge shortage” of customs agents, Robert Hardy, director of one of four companies tasked with taking care of new customs forms for goods moving between Great Britain and Northern Ireland, said pressure will build at the border as exports begin to ramp up.

Meanwhile, UK nationals have been blocked from entering Sweden after Ryanair staff reportedly refused to accept a negative coronavirus test from the NHS. Travellers had already faced trouble attempting to reach Spain and the Netherlands after the end of the Brexit transition period on 31 December.

England is set to gain 10 more MPs under a review of parliamentary constituency boundaries.

Wales will lose eight seats and Scotland two as the political map is redrawn based on latest voter registration figures.

A grocer in Northern Ireland has suspended his business after discovering an “extra layer of red tape” that increases the cost of shipping goods across from Great Britain after Brexit.

Jonathan Owens, who runs grocery delivery company Causeway Organic, said his business may be forced to close permanently due to the cost of importing vegetables over the Irish Sea.

Mr Owens told the News Letter that the requirement for multiple phytosanitary certificates, for clearing vegetable imports, could potentially double the cost of every item he imports.

The small business owner was forced to email customers to say he would be suspending trading and would be offering refunds.

A mother of a nine-year-old boy in the UK with a severe form of epilepsy said she is frightened about her child’s health after access to life-saving medical cannabis from the Netherlands was cut because of Brexit, my colleague Shweta Sharma reports.

Alfie Dingley is one among around 40 severely epileptic children who face a threat to their life in the absence of cannabis medication which will no longer be available to them.

The Department of Health and Social Care (DHSC) said in a letter dated 15 December: “Dispensing finished cannabis oil (Bedrocan products) in the Netherlands against prescriptions from UK prescribers is no longer an option from 1 January 2021”.

Robert Hardy, one of the leading customs officials tasked with handling the new processes for goods flow between Great Britain and Northern Ireland, has complained that, despite having 40 years experience in the field, dealing with the new Irish sea border is proving extremely complex.

Mr Hardy is operations director at Customs Clearance Consortium, one of four firms that make up the government-backed Trader Support Service, which assists businesses with new customs rules for goods moving between Great Britain and Northern Ireland.

The customs expert complained in an email to senior industry figures, first reported by Belfast-based News Letter, that “the new processes are cumbersome” and come with a “massively steep learning curve”.

Mr Hardy went on to warn “there is a huge shortage of customs agents” and said turn-around times for goods clearance are ”not as we would have liked”, blaming poor data.

There have been reports of several UK nationals being blocked from entering Sweden due to post-Brexit bureaucracy and Covid-19 regulations.

Peter North, who was travelling with his eight-year-old granddaughter said he was refused access to a Ryanair flight to Sweden as the airline would not accept a negative Covid test from the NHS.

Lauren Branthwaite was among a group of UK nationals who arrived to Sweden on a Ryanair flight on Sunday night only to be detained at the airport by police.

“We are all Swedish residents, living, working and paying taxes in Sweden. And we have all shown proof of a negative Covid test within 72 hours from time of travel, essentially we all had all necessary documents that were stated on [Swedish government] website,” she said.

British ambassador to Sweden Judith Gough said she was “very concerned” to hear of UK nationals being refused entry, stating: “It is clear that there have been teething problems with the new system over the weekend, and we are asking the Swedish authorities to provide greater clarity and consistency for UK nationals, who wish to return home to Sweden.”

Hundreds of Maersk containers were lost in the Pacific Ocean