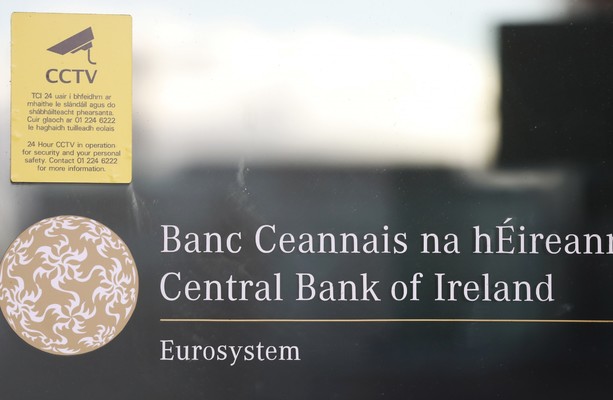 THE CENTRAL BANK of Ireland has warned that disruption to the global economic recovery is the biggest risk to the stability of Ireland’s financial system and its broader economy.

In its latest Financial Stability Review (FSR), published today, the Central Bank outlines key risks facing the financial system and its assessment of the resilience of the economy to adverse shocks.

While the economy has recovered since March, the prolonged impact of the virus presents significant risks.

Speaking at the launch of the report, Central Bank governor Gabriel Makhlouf said that “Housing transactions and mortgage activity, have recovered since the summer, but still have some way to go to reach pre-pandemic levels.”

As a small, open and highly-globalised economy, Ireland remains particularly vulnerable to international shocks, “including those stemming from Covid-19 and Brexit uncertainties”, the report says.

Global shocks may be transmitted to the Irish economy because of its “over-reliance” on multinational companies.

“Sectors which dominate Irish multinational enterprise (MNE) activity such as pharma, medtech and ICT have been resilient during the Covid-19 crisis. Still, MNEs in Ireland remain susceptible to global economic shocks, including the rise of protectionism,” the report warns.

Accordingly, “political risk” levels relevant to a “large share” of multinationals based in Ireland have increased this year.

So while the pandemic remains the “most salient source” of economic disruption in the near-term, the report emphasises the threat to the Irish economy from a disorderly Brexit in January.

Uncertainty around Brexit has been “elevated since the last Review” published in June, the Central Bank said.

A disruptive Brexit at the end of the transition period — ie one without a trade deal in place between the UK and the EU — “represents the main source of risk to the financial system as a whole,” according to the report.

Although emergency policy measures such as the wage subsidy scheme have kept firms and households afloat during the pandemic, a prolonged bout of Covid-linked disruption represents another major risk to the domestic economy.

No news is bad news
Support The Journal


An upsurge in virus cases since the summer and the consequent tightening of public health restrictions in September have extended the economic impacts of the pandemic, according to the report.

“The revenue shock faced by firms [during the pandemic] has been cushioned by a range of fiscal supports; by the banking system through payment breaks and the drawdown of existing credit lines; and through deferral of repayment of other liabilities such as taxes, rates, rent and trade credit,” the Central Bank says.

These supports have clearly had a positive impact, it says, given the “historically low levels of corporate insolvency” this year.

However, speaking at the launch of the report, Central Bank governor Gabriel Makhlouf said that it will “take time” before the “full transmission of this now extended shock” is felt.

“We remain in a position where liquidity challenges have not, as yet, resulted in widespread solvency challenges,” he said.

A year that had it all

Procurement in the Pandemic – the goods/services supply chain debate