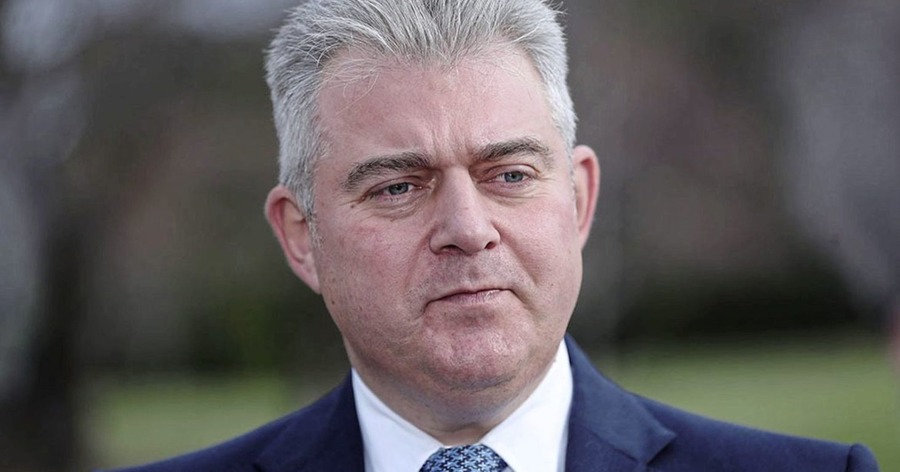 THE secretary of state’s repeated assertion that there is no Irish Sea border has been derided, with one unionist politician saying anyone who claims otherwise “has lost touch with reality”.

On a number of occasions over the past week Brandon Lewis has refused to accept the existence of a regulatory border between the north and Britain.

Under the protocol agreed as part of the UK-EU Withdrawal Agreement, goods moving east to west must undergo checks overseen by EU officials at seaports and airports.

Border control posts have been established at entry points and since January 1 freight must be accompanied by new paperwork.

On the day the checks began operating, Mr Lewis tweeted: “There is no ‘Irish Sea Border’.

“As we have seen today, the important preparations the government and businesses have taken to prepare for the end of the transition period are keeping goods flowing freely around the country, including between GB and NI.”

Earlier this week, during an interview with BBC Radio Ulster, he made a similar claim, referring to the measures in place as “SPS [sanitary and phytosanitary] checks”.

“SPS checks have been in place in one form or another since the 19th century so as I say we said we would build on that,” he said.

Ulster Unionist councillor Mark Cosgrove, who is a director in an international road transport company, described claims that there is no border in the Irish Sea as “spin”.

“There is in effect a customs and regulatory border in the Irish Sea for all business-to-business consignments,” he said.

“Anyone who says otherwise has lost touch with reality – business to consumer parcels have been given a six-month derogation, as have supermarket suppliers, but goodness knows what the position will be after that.”

He said freight operators moving goods from Britain were required to register as a trusted trader on the new Trader Support Service and obtain a European ‘XI’ Economic Operators Registration and Identification number, alongside a number of fresh requirements for each consignment.

“We are being patronised that there are no controls on NI/GB movements as though we should be grateful we can trade within our own country without customs – it’s constitutionally offensive,” Mr Cosgove said.

A Conversation with William Evanina