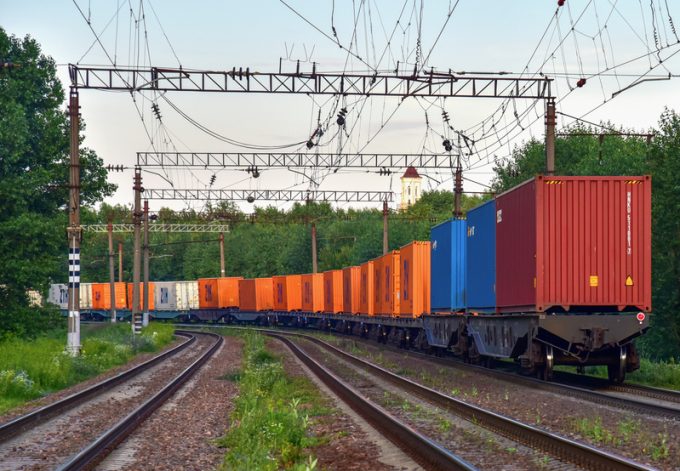 China-Europe rail freight rates have leaped five-fold on the back of “extreme” demand and lack of equipment.

Furthermore, a container backlog on China’s border with Khazakstan (Alashankou and Khorgos) has prompted a temporary suspension of some westbound services.

Geodis said that from Tuesday, “all westbound trains from China to Europe have been suspended. The eastbound rail route from Europe to China is running as usual, but we expect certain delays in stretch from the CIS and China border crossing.”

It told customers: “Space on the westbound service is extremely tight, shipments are being accepted based on firm bookings, depending on the availability of space and equipment.

“Due to extremely strong demand for space on the westbound service, we request all potential bookings to be checked with us, case by case.”

The Loadstar recently reported how rail volumes were approaching full capacity on the back of space constraints in air and ocean, while delays caused by military movements at the Kazakh-China border were adding to the congestion. However, a row over Covid restrictions between the two sides may also be to blame.

According to a report by the International Railway Journal, a dispute over quarantine measures led to both China and Khazakstan limiting the number of trains crossing the border.

But Rob Foster, business development manager for central and north China at Norman Global Logistics, said congestion, rather than suspended services, was the main problem.

“There’s a huge backlog on the border, with the carriers unable to cope with the volume of rail wagons,” he told The Loadstar.

“We are seeing westbound rates of anything from $6,000 to $10,000 per 40ft high-cube in the last week, which is four or five times the rate this time last year. And carriers won’t even guarantee the space at those prices.”

Mr Foster said a “significant lack” of equipment was also a key issue, especially out of China.

“The shipping lines have had a substantial part in causing this issue by manipulating the ocean freight market, which has affected all services. Carriers have been loading smaller vessels for months now and throw blank sailings into the mix, slowly building the pressure. Rail carriers have some containers, but lots are shared and leased still.”

He pointed out that rail services had “exploded” in recent years from a few services a week to hundreds a month, putting considerable pressure on the network.

Indeed, the latest figures for Alashankou, for example, show a 42% increase, to 4,500 train journeys this year, while services across the entire China-Europe network have exceeded 10,000.

Mr Forster confirmed there weren’t any issues for eastbound trains, but was sceptical of the prospect of using road freight along the Silk Road as an alternative to bring cargo into Europe.

“It was working a couple of months ago, but some drivers have tested positive for Covid during border crossings, which we hear has caused a lot of services to be suspended,” he explained.

How Pfizer’s Covid-19 Vaccine Will Be Delivered to Millions, From Factory to Front Line