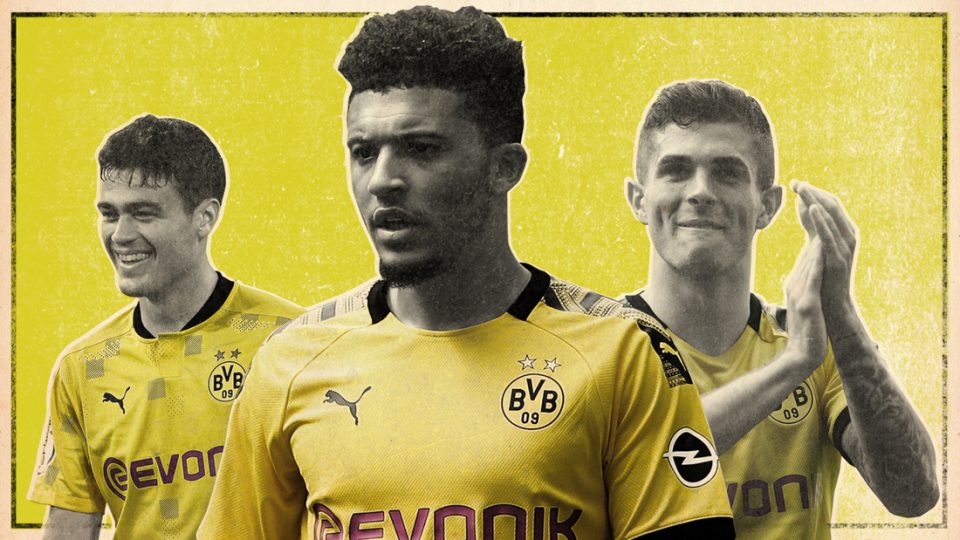 Its record speaks for itself.

The likes of Christian Pulisic and Ousmane Dembélé have all, at different stages, walked through Dortmund’s halls and gone on to play at the very highest level, making the club a handsome profit in return.

But this isn’t just a happy accident. It’s a very deliberate strategy that has transformed Dortmund into real contenders — both domestically and in the Champions League — despite it not being able to compete financially with some of the continent’s biggest teams.

The club’s enviable philosophy was borne from its near bankruptcy in 2005, forcing it to do business differently to some of its wealthier rivals.

“I think we at Dortmund have a clear idea, a clear philosophy and we give these players experience and playing time,” Lars Ricken, Dortmund’s youth academy director, told CNN Sport.

“I think that is the difference to some other clubs and our unique characteristic. That is the reason why a lot of young promising players find their way to Dortmund.”

Locating young players with the potential to become superstars is no mean feat and the club relies on its impressive scouting system to unearth the next big thing.

It’s an operation run by Markus Pilawa, whose small team compile an in-depth analysis of every player they watch and speak regularly with the first-team management to confirm a player’s suitability.

He’s tasked with signing both established professionals and new talent in order to find the right balance in the squad.

“I think it’s very, very important to have a good mix,” he told CNN Sport, referring to the likes of Mats Hummels and Axel Witsel as the experienced heads in the current team.

“In recent years, we had maybe a squad that was too young. There were no leaders inside to lead the young guys. All of these guys here are top, top talented, but they are still still young.”

Now, because of the soaring prices demanded for the best footballers, Dortmund focuses much of its attention on young talent. The scouting process of which can start as young as 14.

Pilawa ideally monitors a youngster for up to two years before making a move, ensuring the player has the personality to cope with the club’s huge demands.

“We are a Champions League club and we are competing with Bayern Munich, so we need a top level of talent and there are not that many guys on the planet,” he said.

“Most of them are coming from abroad, so you need a big personality to come from your own country to a new club, a new language. It’s very, very difficult.”

Amongst the current crop of young players making their way into the first team is Jude Bellingham, who the club had tried to sign last year.

The 17-year-old eventually joined from English side Birmingham for more than $30 million in July, disappointing a host of other European clubs desperate for the midfielder’s signature.

Pilawa credits the club’s track record for securing such a sought-after talent, especially when other teams can offer higher wages.

“We can show them we are not lying,” he said, referencing the likes of Sancho and Pulisic who have successfully navigated the youth system.

“There are a lot of players and it’s not 10 years ago or 15 years ago. It’s last year, it’s two years ago, three years ago. Every year we have the next one.

“We can show them that we have the experience. We know how it works and I think they are trusting us because we are not lying, we’re not telling them fairy tales.”

The next big thing?

Whilst Bellingham has gone straight into the first team this season — scoring in his debut on Monday — there are also those graduating from the club’s academy. Chief amongst them is US starlet Giovanni Reyna.

The American, whose mother and father both played international soccer for the US, joined Dortmund in 2019 from New York City’s youth academy and is now making strides into the first team.

The club expects a lot from the creative midfielder who has benefited from the unique set up at the club.

In addition to high-quality training, a portion of Dortmund’s success with young players is down to attention to detail.

The club’s top young talents, identified by the team of coaches, regularly meet for one-on-one sessions which seek to help them both on and off the pitch.

Otto Addo, who played for Dortmund and the Ghanian national team before retiring in 2008, is often the man they meet.

He worked closely with Reyna as he made his way up to the first team, offering personal coaching on different parts of the game.

But it’s not always the best players that end up meeting with Addo. Instead, it’s those who show the most potential.

Addo says Reyna’s potential was obvious to see from the very start and is excited to see him flourish at the highest level.

“He [Renya] was one of our top talents from under 17s and under 19s and I worked a lot with him. We trained extra and we also did video analysis after every match he had,” he said.

“I could see Gio [Reyna] straight away. We have a lot of good technical players but it’s his technique under pressure. To make no mistakes under pressure, to change direction under pressure and to accelerate in the midfield.

“He also has game intelligence, to position himself always between the lines, to read the game and he knows what’s next. He brings a lot, way more than other players from his age group.”

READ: Carlsen has conquered the world of chess. Now he’s setting his sights on fantasy football

It’s no coincidence that two of Dortmund’s latest talents to flourish have been American; Pulisic and Reyna.

The US, not yet known for its football culture, is somewhat of an untapped resource in the sport but Dortmund knows there is talent to be found.

For the last three years, Pilawa has worked to develop Dortmund’s scouting network in the region and believes it can be a gold mine for clubs willing to work hard.

“It’s a very important and interesting market for us. I know that there are not 10 top talents in every age group, but maybe there’s one every three years and I have to know him,” he said.

“I think the adaptation to Germany is not that big […] everyone is speaking English here in the dressing room.

“It’s not like maybe the French guys and Spanish guys who have some more problems to adapt because of the language.”

Youth coordinator Ricken is fully aware of the difficulties a young player might face when joining a new team and the club has methods of softening the move.

Players without English take up to four lessons a week to learn the language which helps them integrate with their new surroundings.

“It’s not easy for them because they have new teammates, a new language and are away from the parents. They have to be very grown up at a young age. We feel a social responsibility for those young players,” he said.

Searching for a player with the right mentality does not distract from the technical ability required to compete among Europe’s elite.

Pace, technique and tactical awareness are all must-have attributes if you’re going to play in front of Dortmund’s Westfalenstadion, with a capacity of 80,000 raucous fans.

“I think that is one reason why the atmosphere in our stadium is so great, because there is a marvelous identification between fans and players,” Ricken said.

“Our supporters want to see players from Dortmund, who were born in Dortmund or who have been educated in our youth department.”

The connection with the local community runs deep at Dortmund which, despite its global appeal, wants to continue representing the region it serves.

That begins with recruiting the right players who mirror the attitude of the city.

“Dortmund is a hard-worker region. A lot of people working hard and a lot of industry,” Pilawa said.

“They love hungry people who are ready to fight until the end for their club. So this is a very, very important issue for me when I’m selecting players.

“Jude Bellingham is the perfect player for Borussia Dortmund, for example, because his mentality and his attitude on the pitch is the perfect one to connect the club with the fans and the fans with the club.

“I think it will get more important after this crisis [pandemic] because I think that the people in the stands are thinking more about football in general.

“Right now, you need the right guys on the pitch, with the right personality, showing ‘I’m fighting for the club for you fans’ because it’s a very tough time for everyone here, especially in our region.”

Dortmund began the new season with a crushing 5-0 win over third-tier side Duisburg in the German Cup on Monday.

It now faces Borussia Monchengladbach on Saturday, marking the start of the new Bundesliga season. Lucien Favre’s side finished a distant second behind rivals Bayern Munich last season but now has the squad to potentially challenge once again.

Le Creuset factory sale: The best deals up to 70% off on Dutch ovens, skillets, cookware sets

Elon Musk vs. Bay Area officials: These emails show what happened behind the scenes in the Tesla factory fight

How Drexel Campus Amenities Will Operate This Fall | Now