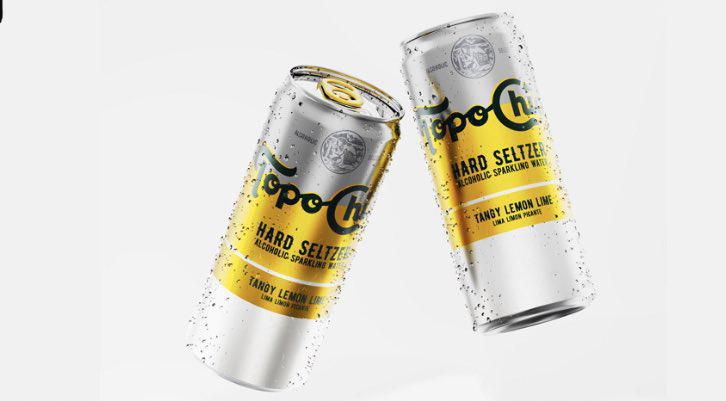 It’s been 37 years since Coca-Cola
has sold an alcoholic beverage in the U.S., but that will change in 2021 when the soda giant enters a crowded hard seltzer market through its Topo Chico brand.

News of Coke’s foray into the alcohol sector swept across social media yesterday afternoon after CNBC confirmed that the company planned to sell a boozy version of Topo Chico in the U.S. after an initial test run in Latin America over the coming months.

When it does begin offering the new product stateside, Coke will be going head-to-head with two firmly established players – Mark Anthony Brands (White Claw) and Boston Beer Company
(Truly) – that together own about 85% of the category.

After White Claw and Truly, there are hundreds of other brands competing for the remaining slice of the market, including several SKUs from Anheuser-Busch, Molson Coors,
Constellation Brands
, and dozens of craft beer companies.

According to data from Bump Williams Consulting reported by the Wall Street Journal, Americans spent about $3 billion on hard seltzer over the 52-week period ending July 11, 2020. During that time, sales of the fizzy alcoholic water were up 241%.

Nevertheless, Coke’s 2021 Topo Chico play comes at a time when consumer interest in hard seltzer is at an all-time high, and when the most dominant players are investing in extra production capacity to meet demand.

But questions about Coke’s long-term objectives within alcohol and its distribution strategy remain.

How will Coke get Topo Chico to market? Will it attempt to convince a nationwide network of DSD wholesalers to obtain alcohol distribution licenses, or does it plan to work through an already established three-tier system of beer distributors?

Moreover, does Coke’s push into the alcohol sector indicate an increased appetite to compete for additional occasions, perhaps through a ready-to-drink version of the classic “Jack and Coke?”

That’s something sports business reporter and beverage investor Darren Rovell believes could be a possibility.

“If Disney and ESPN can get into gambling, companies like Coke and Pepsi can get into alcohol,” he said, noting that he felt Coke’s push into the booze business was “overdue.”

“But is this the right move?” he asked. “In some ways it is, because it is with a brand – at least in Texas and the South – that has ridiculous love, adoption and loyalty.”

“Down in Texas and in the Southwest, Topo Chico has almost a mythical following,” he said. “I have seen so many people with Topo Chico tattoos. It has a very strong brand equity.”

Both Rovell and Schuhmacher believe Coke could have additional boozy line extensions in the offing, but the company could also just be trying to ride the wave of hard seltzer while it’s hot.

“Coke has always been loath to get into the alcohol business in the U.S., and especially to put alcohol on their trucks as a traditionally conservative company,” Schuhmacher said. “But times have changed, and I think this is a good way to test the alcohol business without giving them too much exposure.”

Indeed, Coke’s entrance into the U.S. alcohol space will not be as simple as manufacturing a hard seltzer, slapping the Topo Chico logo on cans and sending them out to roughly 70 independent bottlers across the country for placement on retail shelves.

If existing Coke distributors that do not already carry alcohol products want to sell Topo Chico hard seltzer, they’ll need to go through federal and state licensing processes. That’s a procedure some may not be interested in, Schuhmacher noted.

“It is more complex than people think,” he said. “There are more laws in the beverage alcohol business in the U.S. than there are in insurance or really any other business, and Coke bottlers just aren’t used to that.”

In certain areas of the country, however, Coke does have relationships with companies like Reyes Beverage Group, a beer wholesaler. Schuhmacher believes Coke could initially target markets where Reyes sells both alcoholic and non-alcoholic products — such as California and Chicago — for early trial runs.

But if Coke wants to roll the product out in its core market of Texas, the local bottler would need to get licensed or Coke would need to work through beer wholesalers, Schuhmacher said.

“If they do go with beer wholesalers, they risk upsetting their bottlers,” he added.

Regardless of the route-to-market, Coke appears to be betting on Topo Chico’s cult-like following in the Southwest.

“I’ve never seen a beverage brand with more equity around here than that brand, to the point where Coke distributes it in Texas on separate trucks,” Schuhmacher said. “It is one of those unique, regional brands that is everywhere.”

But at the national level, Topo Chico could have a much harder time stealing market share from White Claw and Truly.

For its part, Coke has kept most of its cards close to the vest. It’s unclear how the product will be formulated, where it will be made, and who will bring it to market.

But if the fervor from yesterday’s announcement is any indication, it could be a home run.

If You Own Ballard Power Systems (BLDP) Stock, Should You Sell It Now?