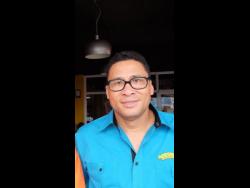 Emboldened by its recent successes in the mainland Chinese market, Rainforest Seafoods now has its eyes set on entering the United States and United Kingdom markets.

Company officials did not disclose the timeline for entry, but said plans were in the making to first serve the Jamaican communities, and thereafter, a wider clientele in those markets.

The company, an integrated seafood processor and exporter with operations in Jamaica, Belize, St Lucia, and St Vincent and the Grenadines, is aiming for revenues from exports to eclipse its Jamaica market sales over the next two years through a mix of strategies, including acquisitions.

“We are bullish on exports. This is a constant effort and a strategic priority for us,” Roger Lyn, Rainforest’s director of corporate affairs, said this week regarding the export market expansion.

“Our goal is to sustain greater than 50 per cent of revenues from exports and offshore markets. We have strategies and acquisitions in mind to achieve this within one to two years,” Lyn said.

Rainforest is a major player in the regional seafood market, selling to 15 Caribbean countries. It does not now sell to Haiti, but has its eyes set on that market of more than 11 million people. The company of more than 730 workers and processing plants in both Kingston and Montego Bay in Jamaica, is also expanding its footprint in St Vincent and St Lucia

The disclosure of its new markets plans comes on the heels of the company’s participation in the China International Import Expo held recently in Shanghai. The team was led by CEO Brian Jardin and included Lyn.

China is the latest of some 30 foreign markets to which Rainforest sells its extensive range of products. Lyn notes that with a reasonably healthy export logistics infrastructure existing between Jamaica and China as well as other overseas locations, providing efficient routes to market, the company is able to compete with suppliers from larger countries.

“We are within reach of exporting 5,000 metric tonnes per annum,” Lyn said.

The Rainforest spokesman notes that while revenues from the Chinese markets are “not too much” at this time, the company was just getting started there and expected earnings to grow.

“Live lobster, although it fetches a premium, has logistics challenges; mainly because it is reliant on fluid airline schedules, which tend to change with the seasonality of our hospitality sector in Jamaica,” said Lyn.

“I think we have the capability of exporting a few tonnes per week of live lobster. The frozen (lobster) opportunity can be much greater as the logistics (sea freight) are easier to handle.”

Jamaica and China recently inked trade agreements that opened the large, affluent Asian market of 1.3 billion people to Jamaican exports, such as lobster. In a statement from Shanghai last week, Jardim welcomed the partnership between the countries.

“In the seafood sector, there has been a very clear correlation between increased seafood consumption – namely high, value products like lobster and seafood cucumber – and the rising GDP per capita of China,” he said. “Having market access to China is huge and it will benefit the Jamaica fisheries sector tremendously. This means fishermen will continue to receive higher prices for their hard-earned catch and all Jamaican exporters will have an opportunity to grow.”

Lyn says all of Rainforest’s lobster and conch supplies are bought from Jamaican fishers.

The company markets some 500 seafood and other processed meat products under several brands. Burgers, fish sticks and nuggets, frankfurters and vegetables are marketed under the Rainforest Ready label, while Fresh by Rainforest imports salmon, halibut, scallops, mussels, oysters and kippers to Jamaica.