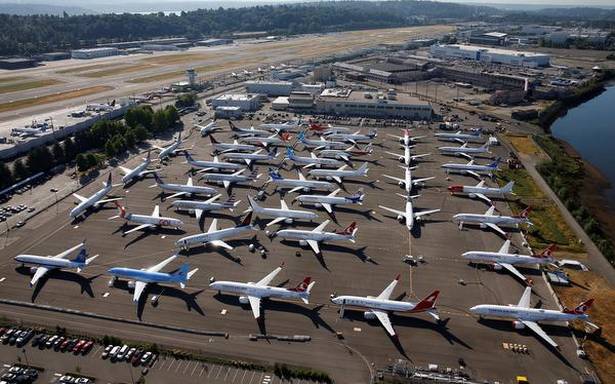 Boeing Co said on Friday it is addressing a new software issue discovered in Iowa last weekend during a technical review of the proposed update to the grounded Boeing 737 MAX, a development that could further delay the plane’s return to service.

“We are making necessary updates,” Boeing said in a statement. Officials at the planemaker said the issue relates to a software power-up monitoring function that verifies some system monitors are operating correctly.

One of the monitors was not being initiated correctly, officials said. The monitor check is prompted by a software command at airplane or system power up, and will set the appropriate indication if maintenance is required, company officials added.

Boeing is halting production of the 737 MAX this month following the grounding in March of its best-selling plane after two fatal crashes in five months killed 346 people.

US regulators are waiting for an update from Boeing on how they will resolve the issue. A U.S. official briefed on the matter said Friday the FAA is now unlikely to approve the plane’s return until March but it could take until April.

This week, American Airlines Group Inc and Southwest Airlines Co both said they would extend cancellations of MAX flights until early June.

Also this month, the FAA and Boeing said they were reviewing a wiring issue that could potentially cause a short circuit on the grounded 737 MAX. Officials said the review is looking at whether two bundles of wiring are too close together, which could lead to a short circuit and potentially result in a crash if pilots did not respond appropriately.

US and European aviation safety regulators met with Boeing in an effort to complete a 737 MAX software documentation audit that was begun in November. Documentation requirements are central to certification for increasingly complex aircraft software, and can become a source of delays.

Fitch Ratings on Friday downgraded Boeing Co’s long-term credit ratings to ‘A-‘ from ‘A’, citing regulatory risk regarding the timing of the 737 MAX’s return to service.

The global ratings agency said the MAX situation has reduced much of the planemaker’s financial cushion, leaving it more exposed to unforeseen events. The ‘A’ category represents high credit quality with expectations of low default risk.

Fitch expects Boeing’s debt to rise in the first and second quarters of 2020 and potentially peak at more than $32 billion to $34 billion. It expects the debt to nearly double to around $27 billion in 2019.

The downgrade comes shortly after Boeing said it was dealing with a new software problem discovered last weekend during a technical review of the proposed update to the grounded 737 MAX, a development that could further delay the plane’s return to service.

Fitch, however, maintained a “stable outlook” on the Chicago-based planemaker, thanks to better performance at its other businesses.