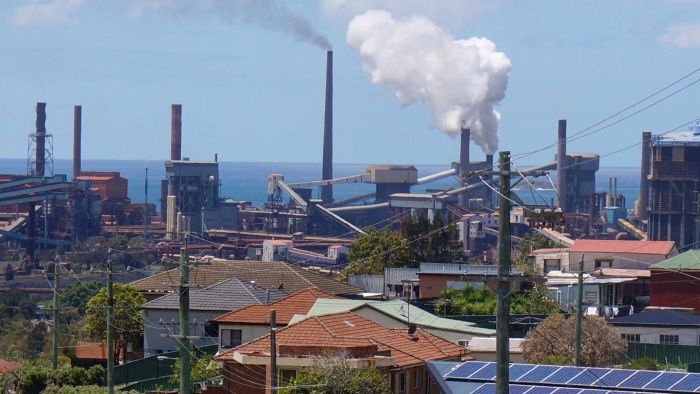 It will underpin the State Government’s recently announced 20-year strategy to transition away from coal-fired power to hydro, wind and solar.

BlueScope’s managing director and chief executive officer, Mark Vassella, said the company would establish a new zone at its Port Kembla facility in the Illawarra to help kickstart a supply chain for the state.

“We will invest directly in our own plant, but also partner with innovators and entrepreneurs to develop new technology solutions in key industries like renewables, infrastructure, defence, manufacturing and sustainable buildings,” he said.

“Half of the $20 million incentive will be on offer to companies who want to build manufacturing capability in NSW, especially in the fast-growing renewable energy sector.

“The other half would be invested by BlueScope directly at the Steelworks, to tool up our facilities in preparation for this exciting growth opportunity.”

Most of Australia’s renewable infrastructure is manufactured offshore and imported.

“An immediate focus will be supporting the manufacture of wind tower, solar farm, pumped hydro, electricity transmission facilities,” he said.

“There is large and growing demand for all these equipment types, which in NSW are currently imported as prefabricated finished goods.”

During a tour of Bluescope’s Port Kembla plant on Monday NSW Energy and Environment Minister Matt Kean said the plan would help the state become a “renewable energy superpower.”

“We’re going to need over 6,500 tonnes of steel to power our transition to a new, clean, renewable energy plan for NSW,” he said.

“That steel should be made locally, those jobs should be done locally.”

“That’s why we’re building a task force that will combine unions with industry, with local manufacturers, to make sure we get the rules in place to make sure that we drive local content requirements, and local jobs,” he said.

“This money is really helpful for building local capability,” she said.

“There’s a big opportunity, I think, for us to be supplying – for starters – the steel for wind turbines.

“Absolutely the Australian market can deliver on a number of the key components in renewable energy development.

“I think this is a really exciting announcement today to start preparing the local supply chains in order to capture that opportunity.”