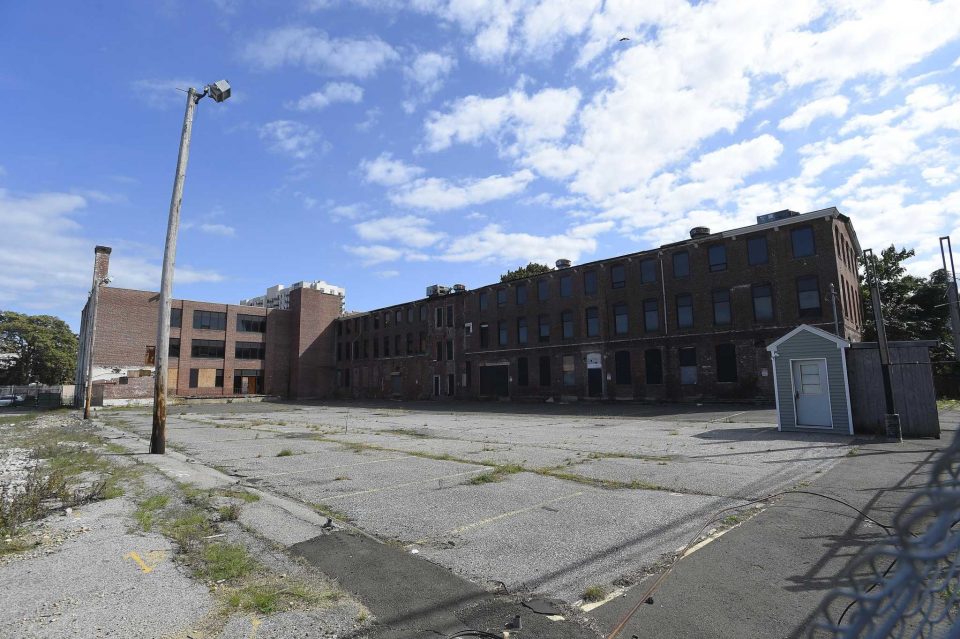 STAMFORD — When Building and Land Technology argued it had to raze part of a historic, old typewriter factory in the South End in order to modernize and repurpose it, the State Historic Preservation Office said not so fast.

The state preservationists deemed the plans too destructive, and referred the matter to Attorney General William Tong’s office.

That was last month.

More recently, BLT, with the state’s OK, has taken down a portion of the former Blickensderfer factory that was added years after the original structure was built.

The developer proposed in October razing part of the old factory and the addition — as part of a project that included excavating contaminated dirt on the Blickensderfer lot. Preservationists from Stamford’s South End argued that demolition would disregard the historic importance of the building — where the first truly portable typewriter was built – and its place on the National Register of Historic Places.

But with approval of the Attorney General’s Office and some of the preservationists that objected to demolishing parts of the lot, BLT leveled what is known as the Schick Annex last week. Neither the State Historic Preservation Office nor the city objected to the demolition of the Schick Annex, according to Elizabeth Benton, a spokeswoman for the attorney general’s office.

Regardless of any approvals, some longtime South End residents, who have long fought against what they consider overreach by the developer, still see the move as an affront to their neighborhood and yet another manifestation of BLT’s “injustice [towards] the community.”

“This is a travesty. All for one developer,” said Sue Halpern, vice president of the South End’s Neighborhood Revitalization Zone.

“Save our South End,” she said.

Halpern is one of several South Enders upset with the annex’s fate.

The Schick addition was not deemed historic by the National Register. Representatives from the SHPO now have their eyes on other parts of the proposed project that were.

The developer also is seeking to demolish two wood-frame houses adjacent to the Blickensderfer factory, both recognized historic places. BLT owns those two, plus four other homes on the street that it has agreed to rehab and turn into affordable housing — to comply with city affordable housing rules regarding its past development.

State preservation office officials say BLT left the two wood-frame houses in question exposed to the elements since purchasing them, which South End residents have called “demolition by neglect.”

“When you leave historic buildings open to the elements for years, that’s what happens,” said Todd Levine, an environmental coordinator with SHPO. Levine said BLT could have saved itself money in the long run if the company had boarded up windows and protected the homes early on.

Now, Levine said, if the attorney general and the city decide to keep these homes, it will happen at BLT’s expense.

“If they come to the conclusion that these homes will be preserved, its going to be on [BLT’s] dime to fix them,” said Levine.

The company has said since 2018 that it wants to demolish those two houses to expand and “improve” Garden Street with bike lanes and trees, since it is currently a one-way road heading toward Downtown.

Despite any road blocks, BLT officials said in a statement they are committed to finding a gainful solution for the entire community, one that balances their interests in the property and assessments from the state.

“Thanks to the collaboration of the City of Stamford, the State of Connecticut, and our neighbors, we are excited to move forward with the redevelopment of this site, including the improvement of Garden Street and the rehabilitation of the historic Blickensderfer Factory building,” said the company in the statement. “We view this as a ‘win-win’ for the entire community, balancing safety, historic preservation, environmental remediation and economic development.”

McLaren to sell and lease back Woking factory