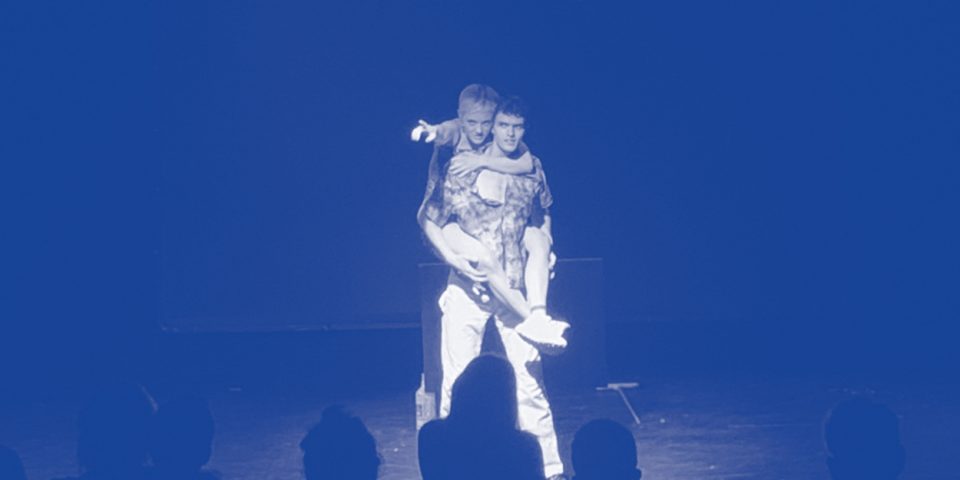 Before I attended Atlantic for the 2020 Summer Intensive, I thought of “technique” the way I thought about Bigfoot. Many claimed to have found it but no one could agree on what it was-or furnish final proof of its existence.

I knew famous acting schools existed. And I knew famous acting teachers fought obscure feuds over exotic territories of theory, enlisting long-dead students of note as their foot-soldiers in a mysterious war about which the wider world cared not a bit. Given circumstances? Memory versus imagination? Research versus instinct?

Browse the websites and read the slogans. They sound like what you would hear from carnival barkers at the county fair: “Step right up! Marlon Brando! Monty Clift! Marilyn Monroe! See where they got their talent! Get ’em while they’re hot!” About this I was not so sure.

But for my money, I was certain that people had a need to see stories. Turns out they like best when the stories are staged or filmed. Even better if they look and feel like real life. To do that, then, you needed actors. So the question is: How do you act?

Nothing moves an audience to yawns quite like an actor talking about acting. Yet as far as I can tell actors welcome any temptation to bloviate about what they think they do when they perform. The process. The craft. The work. And so on. Close your eyes and you can see the ghost of the late James Lipton-perhaps on the set of a heavenly version of “Inside the Actor’s Studio”-applauding all of earth’s talkative thespians. Rather like the opposite of Fight Club. The one rule apparently is that you must talk about it.

But when I quit my career in politics to take my first paid job on a stage-in a cabaret version of Bizet’s Carmen at the 14th Street Theater in Logan Circle-speechifying repelled me. I had heard enough empty talk working in Congress. I preferred the precise vocabulary for navigating a stage, blocking a scene, picking apart a script, talking about what people want and how they were going to try to get it. It was good, solid, useful talk where things had a purpose.

Above all, I loved the cardinal rule that, no matter what, you went out on stage to do what you came there to do and you were not leaving until you did it. That is the mantra at Atlantic. To act means to do something. All scenes ask you to do something specific. Once you discover what that is, you better try your damnedest to do it. If you don’t want to do it, then don’t do it. If it’s not fun, throw it away. But if you go after it for real, the audience will notice and care deeply about whether you succeed.

I came to Atlantic in the first place because I had bought a copy of The Practical Handbook for the Actor for a dollar from the used book carts outside the Strand Bookstore in Union Square. I read it on the train. Takes about 60 minutes to finish. And about 60 days to finish twice. It was the most persuasive summary of what acting ought to be that I had ever read. That book, however outdated it may now be, convinced me that there existed a specific set of skills you could learn in order to perform truthfully on stage, on screen, in someone’s living room, on a subway train. You name it.

Rarely am I right. But I was right about this. And the people I met over the course of five weeks at Atlantic’s 16th Street studio are people who have remained my friends and mentors and colleagues ever since. I still shoot self-tapes with my friend Aamer. I still meet up with my friend Chris to read the plays he’s writing. I still take classes with Naomi. I still run into my friends Becca and Joseph outside of New York. I just did a play with my friend Lucy called Homemade Dynamite.

By now, we all have our own technique, which extends beyond what we learned here. Some disagree utterly with Atlantic’s approach. Others like myself feel an almost spiritual connection to it. Either way you slice it, our goals are all the same. The value we found at Atlantic was that you could take those goals seriously and actually get better at pursuing them.

Kyle Dunn is a writer and actor based in New York City. He will appear this summer in the upcoming Netflix series “Uncoupled.” He recently appeared on stage at the Soho Playhouse in the one-act Conversations with Joanne and at the New York Theater Festival in Homemade Dynamite. You can follow him on Instagram or see more of his work here.

About the Summer Intensive