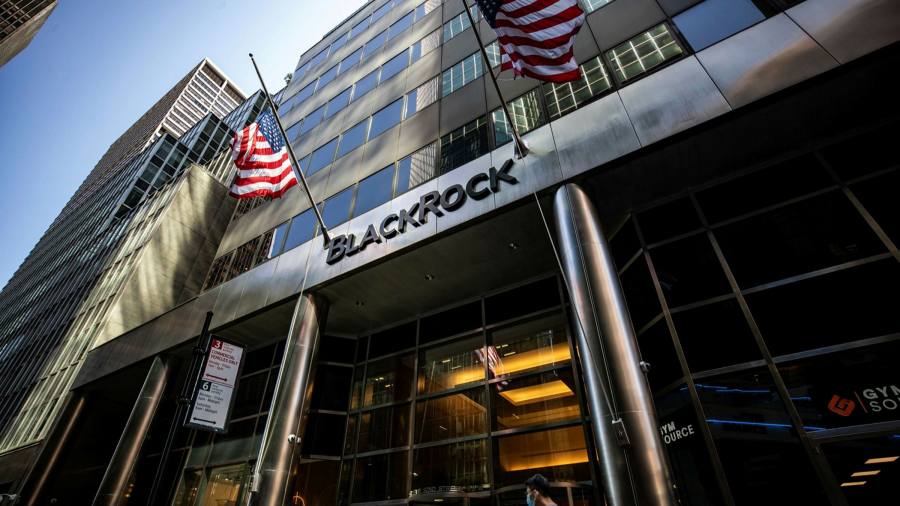 BlackRock backed fewer environmental votes at annual meetings this year than last, despite chief executive Larry Fink’s warning in January that climate change represented a risk to markets unlike any previous crisis.

Many of its biggest rivals, including JPMorgan Investment Management and Wellington Management, hugely increased their support of environmental resolutions this year on the back of growing concerns that efforts to tackle climate change could hit investment returns.

But BlackRock supported just 6 per cent of environmental proposals filed by shareholders globally in the 12 months to June, down from 8 per cent in the previous year, according to figures from data provider Proxy Insight. These proposals often ask companies to report their emissions or set out a plan for a transition to a low-carbon economy.

Mark van Baal, founder of FollowThis, a group that files resolutions at oil companies, criticised BlackRock for not backing more climate proposals at annual meetings. “As a shareholder, voting and divestment are the only ways to make your request evidently visible, everything else is just talk,” he said.

As the world’s largest asset manager, BlackRock has been under intense scrutiny over how it uses its influence to convince corporate boards to respond to global warming.

This scrutiny has intensified after Mr Fink pledged in January to put sustainability at the heart of BlackRock’s investment strategy by dumping some coal holdings, launching new products and stepping up conversations with companies over issues such as global warming in the process.

But Diana Best, senior strategist at the BlackRock’s Big Problem Campaign, a network of non-profits, said the asset manager was “failing to live up to the climate promises it made in January”.

She added: “BlackRock has to get serious about using its massive shareholder power to push for climate action across the corporate sector, and that includes voting for urgent and critical shareholder resolutions and voting off more directors.”

BlackRock pushed back against the criticism, arguing shareholder resolutions were just one option available to asset managers. The $7.3tn group said it had voted against directors over climate concerns at more than 50 companies so far this year — more than the total number of climate resolutions globally.

“We engaged [with] over 400 companies that face material financial risks in the transition to a low-carbon economy, and in voting against 55 directors and putting 191 companies on watch, we leveraged the widest range of stewardship tools in addressing climate risk on behalf of our clients,” BlackRock said.

The New York-headquartered investment company is in the process of reviewing its so-called engagement priorities, following the recruitment of Sandy Boss as head of investment stewardship in May. As part of this, BlackRock is understood to be looking at how it votes on shareholder resolutions. It is expected to announce any changes in the coming months.

Ms Boss previously served as an external member of the Bank of England’s Prudential Risk Committee, where she was focused on systemic risks including climate change.

The Proxy Insight data show that JPMorgan backed 38 per cent of environmental resolutions globally this year, up from 10 per cent previously. Wellington Management Company, which oversees $1tn in assets, supported almost 42 per cent, up from 8.5 per cent.

Jennifer Wu, global head of sustainable investing at JPMorgan, said investors could not afford to ignore global warming. “Climate change is really changing the foundation of the real economy,” she said.

Wendy Cromwell, vice-chair and director of sustainable investment at Wellington, said: “We believe that climate change poses a material risk across sectors and geographies that also creates investment opportunities.”

4 Financially Smart Gifts to Give Yourself and Others This Year