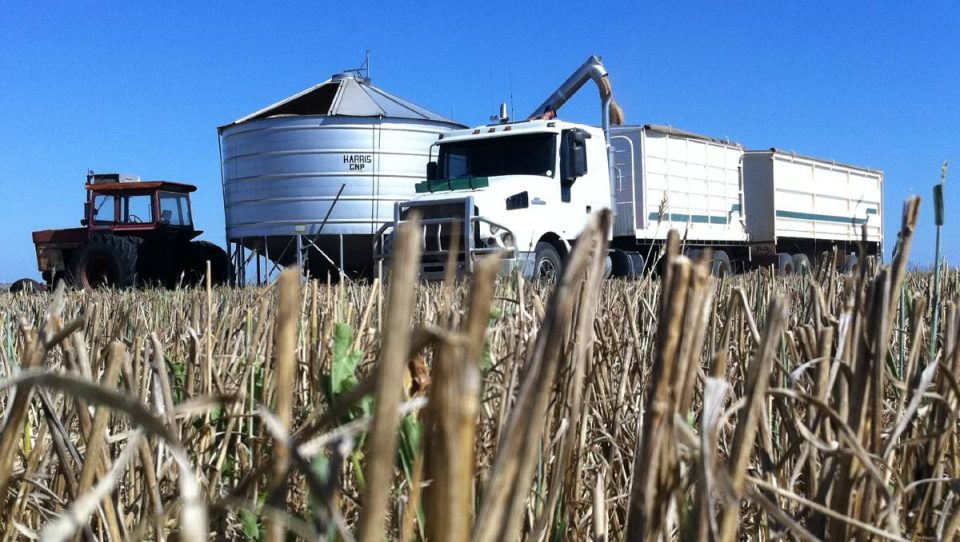 However, hot and extremely dry weather across Siberia, and the neighbouring cropping regions of Kazakhstan, in the past six weeks is fuelling concern that spring wheat yields will be lower than forecast.

This is in line with the quantity reaped at the same time last year, but the area covered is greater as yields to-date have been lower year-on-year.

The first districts to harvest in Russia are the southern reaches of the Southern Federal District, between the Caspian Sea and the Caucasus Mountains.

This area was affected the most by late frosts and an extremely dry spring and the crops suffered accordingly.

Early wheat yields came in at around only 3.0 metric tonne per hectare (MT/ha), about 30 per cent below last year’s levels.

Yields in the highly fertile Kuban district, which is in the north-west of the Southern Region, bordering the Sea of Azov, have fared much better.

Harvest in that area has concluded, and the wheat yields averaged just over 4.9MT/ha.

Yet, this was still 10 per cent lower than 2019 and was the lowest average yield for the district since 2012.

Consequently, with more than 40pc of the Russian wheat harvest completed, the average wheat yield now stands at around 3.5MT/ha.

The upward trend is expected to continue as harvest moves into the Central District and Volga Valley, both of which are forecast to have bumper harvests.

The crop was planted into moisture and got off to a reasonable start, but late June and July have been hot and dry.

Soil moisture levels are now very poor, and spring wheat production forecasts will continue to fall in the absence of substantial rainfall over the next few weeks.

Traditionally, the early Russian wheat yields set the harvest high, and the trend is downward thereafter. This season is panning out to be the opposite.

Despite the poor start, and the spring wheat issues, it is highly possible that this season’s average wheat yield could get close to that of last year’s harvest.

And with a bigger planted area, final production should comfortably exceed the 73.6MMT produced in the 2019 campaign.

Yield forecasts for the Russian crop appear to have stabilised with recent downgrades reflecting the negative seasonal factors.

This compares to the most recent USDA estimate of 76.5MMT, IKAR’s figure of 78MMT and SovEcon’s updated number of 79.7MMT, down from 80.9MMT.

Like Siberia, wheat production in Kazakhstan is on the slide with current soil moisture reserves inadequate to finish the crop.

The US Ag Attaché in Kazakhstan is now calling wheat production 11.8MMT, down 700,000MT from its previous estimate.

Ukraine’s 2020 grain harvest is now 38pc complete, with total grain production expected to be 9.5pc below last year’s record-breaking haul due to unfavourable weather conditions in the Odesa and Crimea regions.

Ukraine has harvested 12.8MMT of wheat so far this summer with total production expected to be around 24.7MMT according to the US Foreign Agricultural Service.

Interestingly, Egypt purchased 115,000MT Ukrainian wheat for late August delivery at their most recent tender, after purchasing the same quantity from Russian exporters the previous week for mid-August delivery.

The farmers there simply do not want to give up the world’s cheapest wheat amidst increasing crop uncertainty, and the trade doesn’t want to extend shorts against a stubborn seller.

Russia has been busy courting Brazil with 70,000MT of wheat loaded out in July and more on the books.

Russian wheat exports for July are forecast to be as low as 2.2MMT compared to almost 4MMT in the same period last year.

However, cost and freight (C&F) sales during the week seem to reflect much lower values, unless sea freight rates are easing.

Current market carries would put January values at around US$12 higher.

Prices out of the Black Sea have rallied approximately 7pc this month despite the pressure of new crop harvest supply.

Exporters with short positions in the FOB market have been trying buy in cover, pushing prices higher.

Western Australian values were up a couple of dollars with Kwinana APW quoted at around US$239 FOB. South Australia rallied US$5 with Port Adelaide quoted at US$238 FOB and Melbourne/Geelong was unchanged at a slightly lower quote of US$236 FOB.

Lower protein ASW wheat is around US$10-15 lower, depending on the load port.

At those price relativities Australian wheat is currently in the money into traditional Southeast Asia markets. Two conflicting questions remain.

Or, will smaller surpluses amongst the major global wheat exporters hold prices firm as we move into the southern hemisphere spring?

How Will Ocean and Air Transportation Market Impact Your Supply Chain?