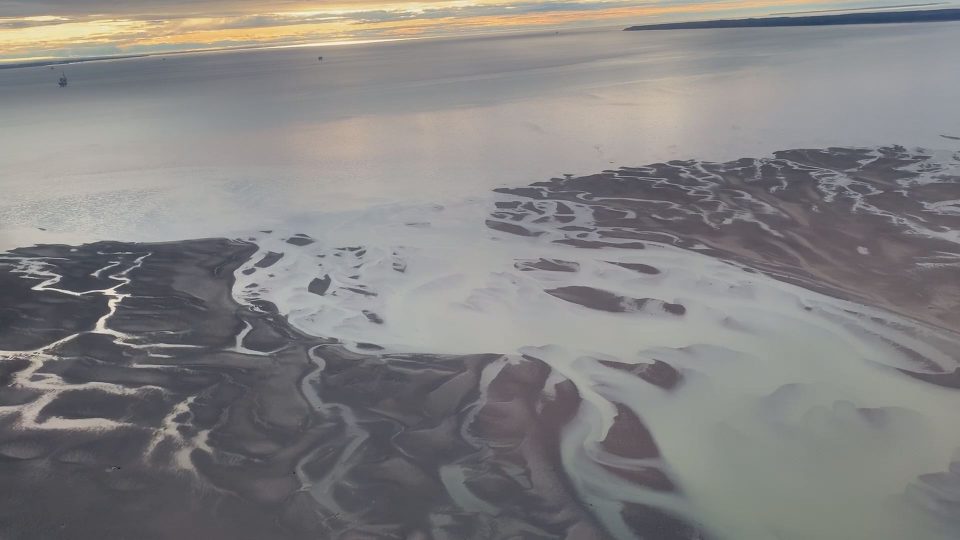 ANCHORAGE, Alaska (KTUU) – Three days this winter biologists with NOAA Fisheries are flying over the Cook Inlet pinpointing the locations of beluga whales.

The surveys are meant to get an idea of the distribution of the whales within the population rather than a total count.

“We just want to know where they are at what times of the year,” said Verena Gill, Cook Inlet beluga whale recovery coordinator for NOAA Fisheries.

The endangered Cook Inlet beluga whale population has not recovered since it was placed on the endangered species list in 2008 and scientists still don’t have any precise reason why.

Belugas are more dispersed in winter months than other times of the year. Knowing where belugas are when they are there helps NOAA Fisheries when it is consulted for projects that could impact the endangered species.

“If there’s a project going on in that area using that river at that time of the year, then we work with the company to find a different time of the year or a different location for whatever the activity is,” Gill said. “So it’s a way to reduce the impacts of the development that’s going on.”

This year is the second year of the winter aerial surveys after a 16-year hiatus. Gill said that there have been changes in the belugas’ behavior.

“They have a high of 1,300 animals as their carrying capacity, now we’re down to around 300 animals, and we’ve found that they’re using less of the inlet. They’re not using the lower inlet like they used to,” Gill said. “They used to be in Kachemak Bay in Homer. There were a couple a few years ago but generally, we don’t think they’re in the lower inlet as much as they used to be, but we haven’t checked those in wintertime since 2002.”

Gill says the surveys have also revealed that belugas are swimming farther upstream in the rivers feeding Cook Inlet than originally thought.

“We realized they utilized the river mouth, but to see them 10 miles up the Kenai River or four or five miles up the Tuxedni River, or in Sixmile, that has been I think the most exciting thing to realize how much they utilize those rivers and how important they are,” Gill said. “Especially the Kenai River. That appears to be a very important foraging area for them. You know there’s a lot of activity there on the Kenai, not just fishing, but it’s a hub for oil and gas activity and cargo and all sorts of different things in Kenai and Nikiski.”

Gill said that if people spot belugas they can help by reporting them to the Cook Inlet Beluga Whale Photo ID Project.