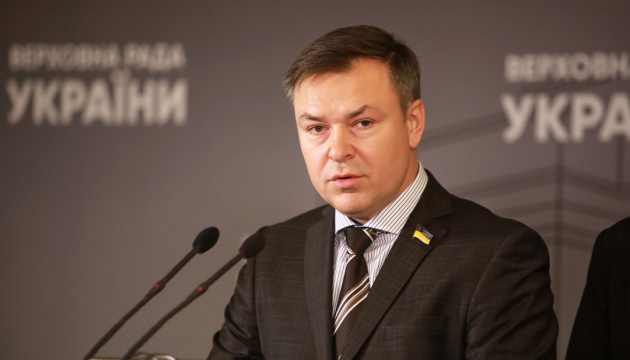 The bill on defense procurement will be submitted for consideration by the Ukrainian parliament in April, Chairman of the Verkhovna Rada Committee on National Security, Defense and Intelligence Oleksandr Zavitnevych has said.

According to a statement posted on the committee’s website, the committee has prepared the draft law on defense procurement for consideration at second reading.

“It is in the absolute priority of the Committee on National Security, Defense and Intelligence, the Verkhovna Rada of Ukraine, the government, and the leadership of the state,” Zavitnevych said.

According to him, the bill will be an important step in further reforming Ukraine’s security and defense sector.

“Declassifying a significant part of the state defense order, creating a competitive and transparent environment in the arms and military hardware market is critical to improving our country’s defense capability at a time when it needs security and a buildup of military strength. That is why this bill is particularly important. The committee is confident that the draft law on defense procurement will be brought to the session hall in April 2020 as soon as the parliamentary procedure will allow it to move from the consideration of land reform to the next issues on the agenda,” Zavitnevych said.

Zavitnevych noted that the committee expects the Ukrainian president to submit a draft law on the Security Service of Ukraine, elaborated by a joint working group of the committee and the Office of the President of Ukraine, for further elaboration by the committee.