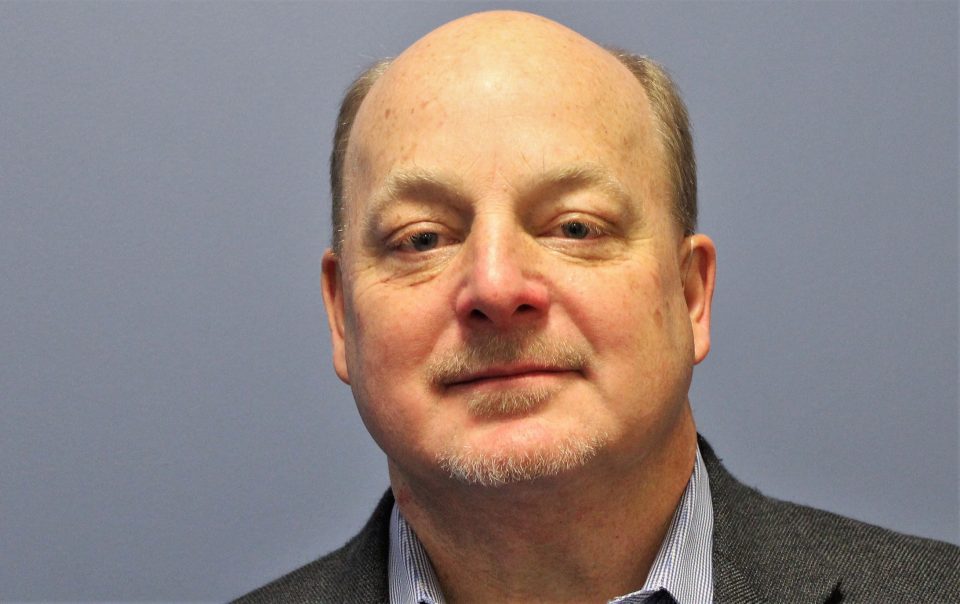 Supply Chain issues have been a hot topic in the federal contracting community for several years now. But one thinks that conversation is about to evolve. The focus may be about to turn from whether its supply chains are cyber secure to how reliant contractors are on foreign sources of supply. Larry Allen is president of Allen federal business partners. He talked with Jared Serbu on Federal Drive with Tom Temin about where he sees that conversation headed, and why.

Larry Allen: We started to see this come up originally around personal protective equipment or all the things related to the pandemic, and how difficult it was to get both equipment and pharmaceuticals in when international supply chains were strained or even shut down for a small period of time. That’s caught the attention of people both in and outside of the acquisition community, and it’s starting to become a real conversation piece. How do we as a government, ensure that our agencies and our people have the supplies they need when we have an international crisis? Are we going to be reliant continually on existing supply chains where everything is globally sourced, or do we need to have an increased domestic sourcing capability? Everything that I’m hearing now suggests that policymakers are talking about an increased domestic capability so that more things can be made in and around the U.S. decreasing reliance on global supply chains, but also at the same time disrupting.

Jared Serbu: And as much as President Trump has talked about “buy American” and issued “buy American” executive orders, this particular trend probably does not depend on who’s president next year.

Larry Allen: It really does not, Jared, you’re absolutely right. I think that we’re going to see this issue move from maybe just off center stage to center stage after the election pretty much regardless of the outcome. This seems to be an issue that I think the next Congress is going to certainly want to address. When you look at it, the some of the immediate discussion may be specifically around pharmaceuticals, but it’s not going to end there. It’s going to talk about critical pieces of technology. We’ve already seen this year, for example, that certain Chinese-made telecommunications and IT is being banned from the federal market. That’s going to disrupt not just federal supply chains, but to a large extent, federal, already-installed solutions. So it’s going to cost people a lot of money. Nevertheless, there’s a belief that we need to be secure. We need to be able to deliver pharmaceuticals, personal protective equipment, whatever it is that people need. And that one of the better solutions for that, the current thinking goes is to increase domestic sourcing. So if you’re a government contractor, and you are used to having a globally sourced supply chain, particularly if you’re a commercial company that happens to do government business as well, this is going to be something you need to pay increasing attention to.

Jared Serbu: And acknowledging that we’re speculating here to some degree, but but what sorts of prescriptive measures could you imagine the government putting in place for contractors?

Larry Allen: Well, you touched a little bit on things like “buy American,” which has a percentage test right now, in the broadest sense. So a certain percentage of the finished product has to be made, or produced or created in the United States. I think we’re going to see more of that. I think we’re going to see, particularly in the technology area, more technology is going to have to come from the U.S. or from a country that’s not China or not influenced by China. So I think that certainly could be a boon for US manufacturers, but potentially also for some of our closer geographic allies – Canada, Mexico. I think also worth thinking about, what are the components of things, not just technology, but what are the components of pharmaceuticals? What are the components of critical medical equipment that has specialty metals in them? How can we source those components or how can we reconfigure the manufacturer of those in products, so that we’re not reliant on one or two areas of the world to get the critical components that go into the products we use today? This is all the type of thing that I think we’re going to see be an increased part of the discussion as we move into calendar 2021.

Jared Serbu: Yeah, and if this really does become an emphasized priority going forward, I wonder to what extent the government considers it and makes it a governmental responsibility rather than just passing the buck to contractors and saying, hey, you need to increase your domestic supply chain. Might they use things like the Defense Production Act more frequently to inject government capital into that kind of effort?

Larry Allen: Well, Jared, I’ll say I’ve had some conversations with people in and around the DoD space. And there is a discussion about increasing the use of the Defense Production Act, using it more frequently. At the same time, there’s also the realization that the defense production act only gets you so far. So if you’re talking about a huge commercial item and commercial service supplier base to the government, right now, some of those things may be on the reach of Defense Production Act, and they certainly could impact civilian agencies as well which, depending on the product segment, you could be talking about half the federal market. So it’s going to have to go beyond that. And of course, the favorite place for government to send the buck is back to industry. And say “here industry, this is our requirement, you figure out how you’re going to meet it.” So this is really an issue that contractors are going to want to watch, because this could fundamentally change how you do business with the government, who your suppliers are, and in some cases, whether you want to continue doing business with the government.

Jared Serbu: Alright, and our last couple minutes want to pivot to another topic here, which is the appropriations process. I think, pretty much everybody acknowledges we’re going to be in a continuing resolution mode for at least some portion of the remainder of this calendar year. How – what’s your crystal ball tell you about how long that portion is and how much does it matter to contractors?

Larry Allen: Jared, I think the last question – first, it does matter to contractors because if you’re a government contractor what operating under continuing resolution means is your government customer cannot conduct any new project starts that they would use appropriated dollars for. And that’s the vast majority of commercial products and commercial projects for the government. So it certainly is going to slow down your business the longer the government operates under a continuing resolution. For the crystal ball part of it, I’m thinking right now that we may have a continuing resolution until sometime in December. There may in fact, be more than one, depending on how bifurcated and trifurcated Congress wants to make the process. But I’m hopeful that we will have full-year appropriations bills passed by the third week of December. I’m looking at that because I think if the elections true out the way the polls say they are, of course, we don’t know that, but if they do, then the best chance for House and Senate Republicans to have a say in, FY2021 appropriations is going to be during that post-election lame duck session. So I think we could see a big push to try to get some spending bills implemented before the end of the calendar year.

Larry Allen: Jared, thank you and I wish your listeners happy selling.

Jared Serbu: You can find this interview at www.FederalNewsNetwork.com.