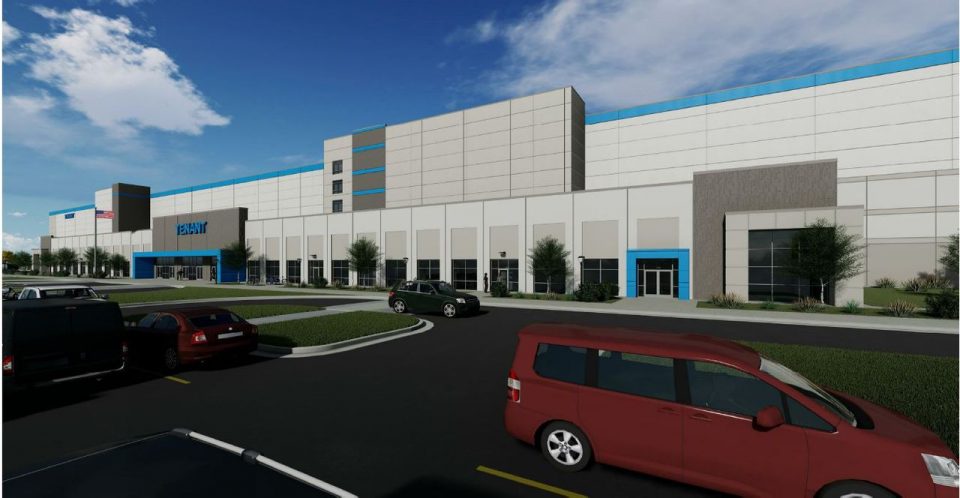 Clay, N.Y. — A huge distribution center project that will create 1,000 jobs and that many believe is for online retail giant Amazon received final approval Wednesday night.

The Clay Planning Board voted 6-0, with one abstention, to approve the site plan for the proposed $350 million distribution center on a 110-acre site currently occupied by the Liverpool Public Golf and Country Club on Morgan Road. It was the last approval that developer Trammell Crow Co. needed from the town.

The Clay Town Board granted a zone change from recreational to industrial for the project on Nov. 6. On Monday, the town’s Zoning Board of Appeals approved variances from side yard setback requirements for fencing. The Onondaga County Industrial Development Agency voted Oct. 31 to approve $70.8 million in tax breaks for the project over 15 years.

George Laigaie, a principal of Dallas-based Trammell Crow, said after the planning board vote that the company plans to begin construction in the spring of 2020 and complete the building by August 2021.

In terms of floor space, the building will be one of the largest distribution centers in the world, with nearly 3.8-million-square-feet of space spread over five floors and a mezzanine level. It will operate 24 hours a day.

One planning board member praised a rendering that the developer provided of the huge building.

“Considering its size, I think it’s going to look like a decent structure,” said Allen Kovac.

Planning board Chairman Russ Mitchell said Trammell Crow took his suggestions and changed the paint schemes for the building so the structure would look more attractive and less imposing.

“It’s tough to picture, but it’s going to be a good-looking building,” he said.

Board member Karen Guinup abstained from voting and declined after the meeting to say why. Mitchell said later that Guinup had concerns about traffic.

The main remaining approvals Trammell Crow now needs are federal wetland permits and permits from the Onondaga County and state departments of transportation to make improvements to several nearby intersections, company officials said.

Logistics experts and many people in the community believe the tenant will be Amazon, the world’s largest online retailer, because of the tremendous size of the building. Trammell Crow has said only that it is being designed to fit the needs of e-commerce companies and retailers.

Laigaie said Wednesday night the company plans to seek construction bids in a few weeks. Once it gets those bids, it will be able to let potential tenants know what the rental rates will be for the facility. He said he expects the company to sign a lease and announce the tenant in the first quarter of 2020.

Though the project is receiving substantial tax breaks, it will pay $28 million in property taxes over the 15-year payment-in-lieu-of-tax agreement it has with the industrial development agency. That’s 35 times the taxes that would be paid on the property if it remained a golf course.

Some residents of Clay and nearby Salina have expressed concerns about traffic and the loss of green space, but town and county officials, including County Executive Ryan McMahon, have praised the project’s economic benefits.

Thanks for visiting Syracuse.com. Quality local journalism has never been more important, and your subscription matters. Not a subscriber yet? Please consider supporting our work.

Two beans in a pod: NK coffee businesses team up to give back – Daily Press