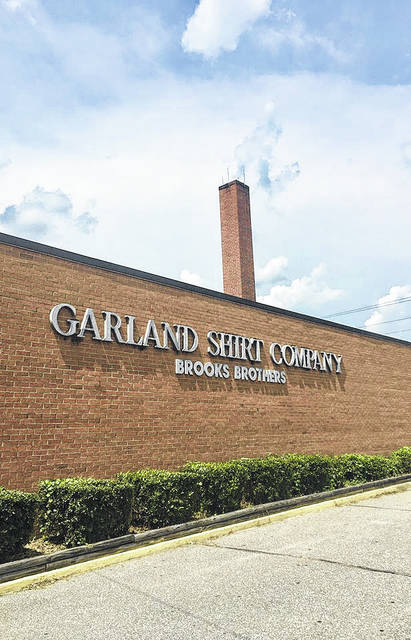 “There’s been a lot of interests, a lot of calls, and a lot of people who want this plant. It’s never been closed for this long and we want to see it active again.We’re just thankful that we can get it back open for the community.”

GARLAND — Brooks Brothers is planning to leave Garland’s shirt factory, but with the closing date being pushed back again, town officials and leaders are hoping to see another company move in soon.

After the New York-based company filed for bankruptcy due to the COVID-19 pandemic, several businesses are showing interest in the facility. One of them was Health Supply US (HSUS), a medical supplies manufacturer. But those plans were placed on hold as Brook Brothers looks for a higher bidder, according to reports. For many community members, this comes with concerns about close to 150 not having job security.

“We like that we have so much interest, but it’s the workers who are losing out,” Mayor Winifred Murphy said.

In May, Brooks Brothers sent a letter to the North Carolina Department of Commerce, Division of Workforce Solutions about permanently closing the Garland Shirt Company on South Church Avenue in July. A WARN (Worker Adjustment and Retraining Notification) was sent to state officials about the decision, which is required by the U.S. Department of Labor. Murphy reported that another WARN notice was released stating that Saturday, Sept. 19 is scheduled as the new closing date — or a period commencing on that day.

Since that time, HSUS posted job postings for its “Garland, North Carolina factory” on the company website. Some of the available positions listed includes a human resource coordinator, engineer, fabric cutting operator, mechanic, and sewing machine operator. At the moment, it’s unclear if HSUS is thinking about being in the heart of Garland or the Bladen County section of Garland, near 701 Highway.

HSUS makes personal protection equipment registered by the U.S. Food and Drug Administration. Their plans are to invest in Garland to make the facility a state-of-the art domestic manufacturing campus.

“Garland employees want to know when they can go back to work,” said HSUS CEO Christopher A. Garcia in a previous statement. “HSUS has agreed to get you back to work right now. HSUS is committed to a long-term investment in Garland and we have demonstrated this commitment by making an offer that is clearly the best overall offer for all parties involved, including Brooks Brothers, Garland workers, Brooks Brothers creditors, Garland community leaders, and Garland families.”

With the help of FTI Consulting Strategic Communication, expressed their concerns about Brooks Brothers looking for a higher bidder and delaying the process. But HSUS is not the only ones with their eyes on the historic facility, which has been in the community since the 1950s.

“There’s been a lot of interests, a lot of calls, and a lot of people who want this plant,” Murphy said. “We’re thankful for the interest and the companies that I talked with have expressed an interest in coming in and, not just looking at the plant, but the entire community and making improvements in the town and its citizens.”

Murphy continued to express her concerns about the future of the unemployed workers and the bidding process slowing down the hiring process.

“It’s never been closed for this long and we want to see it active again,” she said about the history dating back to more than 60 years. “We’re just thankful that we can get it back open for the community.”

The right way to optimize and future-proof the supply chain

Honda Has Made 5.9 Million Cars From This One Factory In 30 Years