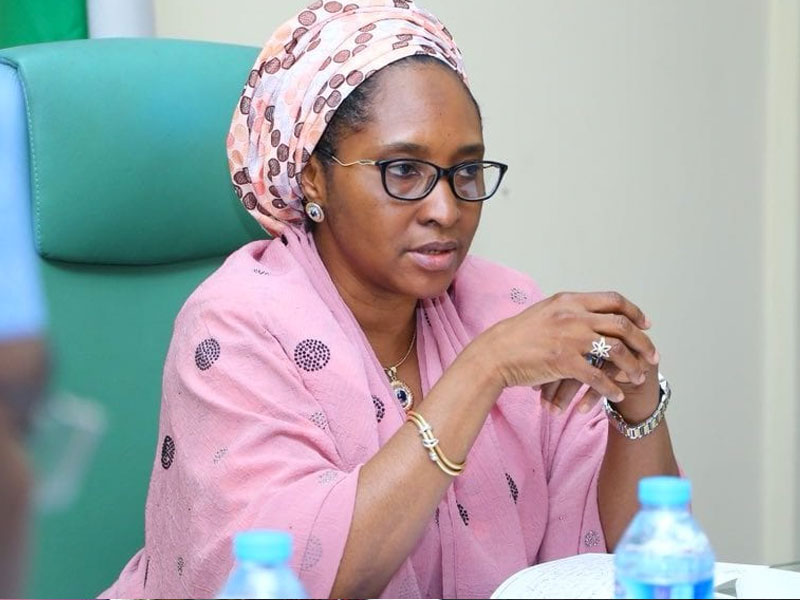 In a letter dated January 6, 2020, and signed by the Director, Home Finance, Okokon Udo, the Minister of Finance, Budget and National Planning, Zainab Ahmed, gave the approval for the commencement of the collection of Practitioners Operating Fee (POF) at the nation’s seaports by the Regulation of Freight Forwarding in Nigeria (CRFFN).
The minister stated that freight forwarders must henceforth show receipt of payment of POF before they can exit their cargoes at the ports.

To drive home the message, the CRFFN organised a sensitisation workshop in Lagos earlier this year. A the forum, the agents lamented that the implementation of the new directive by the Finance Minister will lead to congestion and increase the cost of doing business at the nation’s ports.
According to CRFFN, under the POF regime, importers will pay N3.50 per every ton of cargo imported into the country, N1.50 per kilo of every air cargo, N1, 000 on every imported 20-feet container and 2,000 per 40-feet container.

After several failed attempts by the council, it last week announced that it has commenced the collection of the controversial POF. The CRFFN, it was gathered, is expected to rake in as much as N10 billion annually from the imposition of these fees on shippers.
At a press briefing last week to announce the commencement of the collection of the POF, the agency warned that freight forwarders who fail to comply will not be allowed to exit the ports with their containers.

The Registrar/CEO of CRFFN, Samuel Nwakohu, said with the approval from the Finance Ministry and other government agencies at the ports, there will be no going back on the collection of POF.
With the new initiative, he said the council would now be fully equipped to regulate freight forwarding in the country, adding that as a noble profession, freight forwarding is not an all comers’ affair.

The CRFFN had, following the conclusion of the integration with the Nigerian Ports Authority (NPA) and the Nigeria Customs Service (NCS) in January this year, announced plans to commence the collection of POF in all seaports in the country, a move that was held back by fierce protest by freight forwarders and COVID-19.

Speaking during the media briefing Nwakohu revealed that any freight forwarder that refuses to comply with POF payment will not be allowed to carry his or her cargo out of the ports.
“We are glad to inform you that following successful integration with terminal operators in the western ports, enforcement of POF collection has now commenced,” he said.

This is just as he revealed that only 64 freight forwarders out of a total registered 787 freight forwarders are currently practicing legitimately at the nation’s ports and borders points.
He added that the POF, which is derived from the provisions of section 6 of the CRFFN Act is a major source of the Council’s internally generated revenue, first for the government and second to drive the necessary reforms and develop the industry

According to him, “Integration with terminal operators in the Eastern ports is on-going and we shall communicate to you accordingly with respect to enforcement of same in the Eastern ports.
“The user public is strongly advised to verify the authenticity of the freight forwarder they wish to engage on the CRFFN website. This is to ensure you are dealing with a registered freight forwarder.

“We really want to appreciate the body of shippers and freight forwarders who operate under very difficult conditions to keep Nigeria moving. The CRFFN will do her best to provide the enabling environment for the freight forwarding industry,” the CRFFN boss added.

Challenges expected
On challenges expected from operators as regards the POF collection, Nwakohu said: “I did not wake up one morning and decided that CRFFN should start collecting POF from operators. POF is nine years old, meaning it has been in the Council’s long before I became Registrar/CEO of the CRFFN. The laws have been made by government, and whoever decides that he or she won’t pay, then such a person will not take his or her cargo out of the ports.

“We have written to all the accredited associations. We are done with sensitisation. We will be publishing the names of freight forwarders whose subscriptions are up to date very soon on our website.”

“On our register, we have 787 names of freight forwarders that are practicing at the ports and borders, but only 64 are practicing legitimately as at today.”
He said that contrary to opinion in some quarter, POF collection would reduce the cost of doing business at the Nigerian seaports.
He said it is mischievous when people say that that POF collection would add to the cost of doing business.

“It will not add to the cost of doing business rather it will reduce the cost of doing business in several ways. POF is that service charge that a freight forwarder charges his client. For example, if the service charge for 20ft container is N20, 000, we are asking the freight forwarder to pay us N1, 000 out of that money. From that N1, 000, we will be able to train him; we will be able to look into other issues. Nothing comes free, for us to equip you for tomorrow; we need some funds to be able to help you. You can’t go to any school at all without being able to pay for it.

“So, for me, I believe that it will bring down the cost of doing business because the man who is the beneficiary, at the end of the day will be better equipped on how to go about his business. It will no longer be an all comers affair,” he stated.

He further stated that under the sharing formula, a certain percentage would go to the declarant who he said was that man who worked and paid the POF.
“We also need money to administer ourselves. We are regulatory agency. Let the truth be said, over the period, some people have been collecting this money and putting it in their pockets. Naturally, you don’t expect them to be happy. Let me tell you something, if you have been sitting on something for a long time and that thing is going to the pockets of a group of people, when you want to do it legally, you don’t expect that everybody will say well done, that you have done well. No! People will resist you because those people who are the beneficiaries would definitely resist you,” he said.

Customs agents reject POF
However, the large army of freight forwarders plying their trade at the Lagos ports rose against the payment POF.
The leadership of National Association of Government Approved Freight Forwarders (NAGAFF), Association of Nigerian Licensed Customs Agents (ANLCA) Association of Registered Freight Forwarders, Nigeria, (AREFFN), have all warned their members of the implications of resisting the collection of the fees.
Public Relations Officers, ANLCA, PTML Chapter, Suleiman Ayokunle, expressed disappointment at CRFFN, saying that the council has not done enough to address operational challenges faced by agents at the port but is more interested in the collection of POF.

“We have series of problems at the ports, which should be a priority for whoever that thinks well for the country. POF as good as it is being projected, can then come after the infrastructures have been put in place because every delay in cargo operation has multiplier effect. The shipping company release that POF is directly attached to simple means that if POF is not paid, you cannot get your cargo release from shipping companies, and by implication, if there is a five minute delay, it can create a one week congestion. So we believe that the machinery to make things work should be put in place before issue of POF,” he said.

On his part, an executive member of Tin Can Chapter of ANLCA, Emmanuel Onyema, said CRFFN has not made any positive impact to regulate the freight forwarding practice. He added that the POF collection would only amount to additional cost of cargo clearance for importers, which in turn, would be passed on the consumers.

“Ever since the council members were inaugurated, we have not seen any value they have added to members. We don’t see them in the port. How can they come up with the issue of money? We expected them to work because we are having challenges at the port. At the moment, cost of clearing is high and they are coming up with POF. “With the amount of money they want to collect per container that means cost of clearing will increase and the importer is the one that will pay but at the end of the day, whatever they spend will be passed to the final consumer,” he said.

Another freight forwarder, Emmanuel Njoku, also expressed concern over the delay experienced in assessing the portal created by CRFFN to make the POF payment, saying that agents are finding it difficult to register on the platform. This, he said, would lead to delay in cargo clearance at the port.

However, the former Chairman, Igbo Maritime Forum, PTML Chapter, Mr. Francis Aniezechukwu, said POF is a government order which makes it a constitutional issue.
He explained that CRFFN was supposed to veer into capacity building for the betterment and welfare of freight forwarders first before venturing into POF matter.

According to him, “The contentious issue shouldn’t be whether the money be paid or not. CRFFN hasn’t done enough. Let collect the POF but the question is; what will it be used for?”
On the way forward, Aniezechukwu maintained that what CRFFN should do is for them to make their presence known by the freight forwarders in the industry because there are so many things hampering freight operations.

The National Council of Managing Directors of Licensed Customs Agents (NCMDLCA), had in 2019 called on the federal government to halt the collection of POF by the dissolved governing board of the CRFFN through the Ministry of Transport.
President of NCMDLCA, Lucky Amiwero, in a letter to President Muhammudu Buhari stated that CRFFN no longer exist.
According to Amiwero, “Federal High Court ruling on Suit No FHC/L/CS/5172 /2008 as referred by the Court of Appeal, was delivered on the 24th of March 2015, which upheld that the tenure of the Council/Governing Board Expired on the 25th of November 2012, that the Council has vacated office, as there is no existing Council and no Council to deliver judgment.