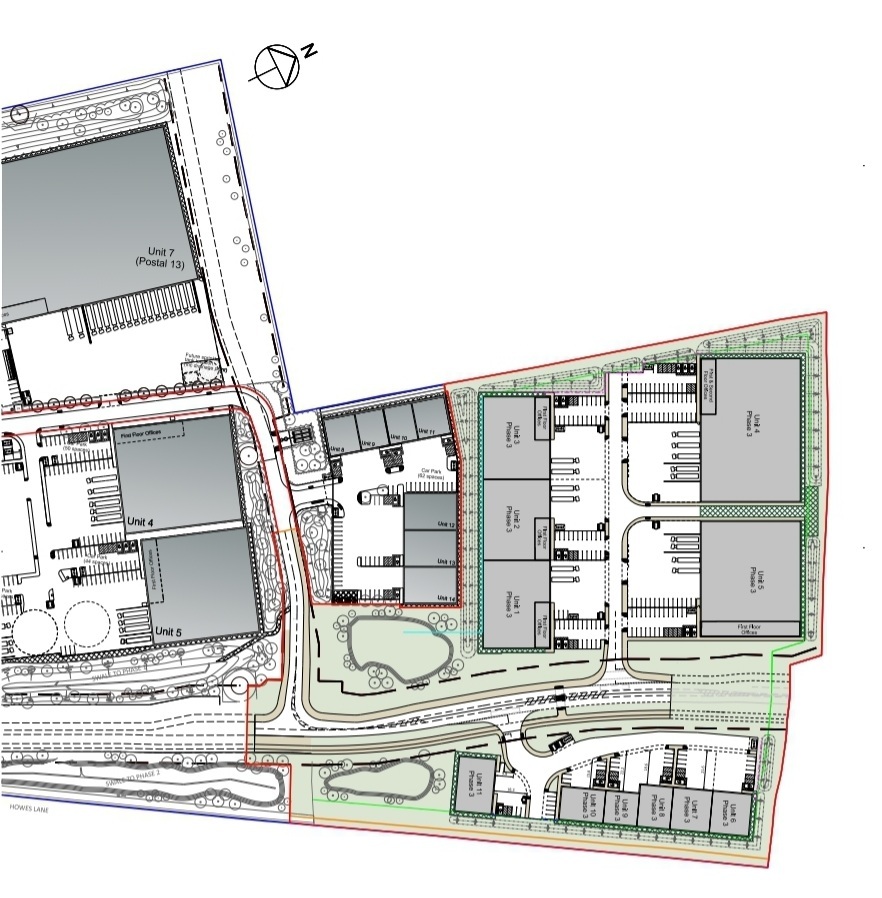 Residents have expressed their anger over a planning application for more warehouses to be built off Howes Lane – backtracking on original plans for residential developments.

One resident, who lives on Beckdale Close in Bicester, said the 11 new warehouse units would have a significant impact on residents’ well-being.

He said: “Existing residents have bought homes in good faith, investing hard worked money into their homes on the expectation of a residential development, associated landscaping, green spaces and services such as local shops, doctors, etc.

“It seems at every juncture residents have been promised, misled, lied to and let down, all to their detriment. When is enough enough?”

The controversial development to build 500,000 sq ft warehouses on Howes Lane was approved, in the summer of 2017, after a lengthy battle with both councillors and residents.

Simon Parsons, director for Albion Land, said: “The reason for the proposed switch is that Bicester has effectively run out of new employment land and to support the town’s further growth more employment development needs to quickly come forward.”

As part of the initial plan, it was agreed that the homes, originally part of the plan, would not be built until a realignment of Howes Lane has been completed.

If the new warehouse application is approved, it will be up and running by mid-2023, which residents are afraid will add more traffic, noise, and pollution to the area.

Councillor Les Sibley said no further planning applications should be considered other than those that have already been approved until the realigned road has been completed.

But Director Simon Parsons assured there would be no access to the development from Howes Lane until the new road, set to open in the spring of 2024, has been completed.

Once the new road is in place, Sibley said the existing Howes Lane would be closed permanently to vehicle traffic.

He added: “It should now be a case of all hands to the pump to get the realigned Howes Lane constructed without any undue delays.”

Several residents in the area have also raised concerns about flooding following two incidents in the past five years, which saw Howes Lane and Greenwood estates damaged by floodwater.

The director for Albion Land said they are aware of localised flooding but claim the problem relates to pre-existing drains and said they have carried out drainage studies and technical assessments.