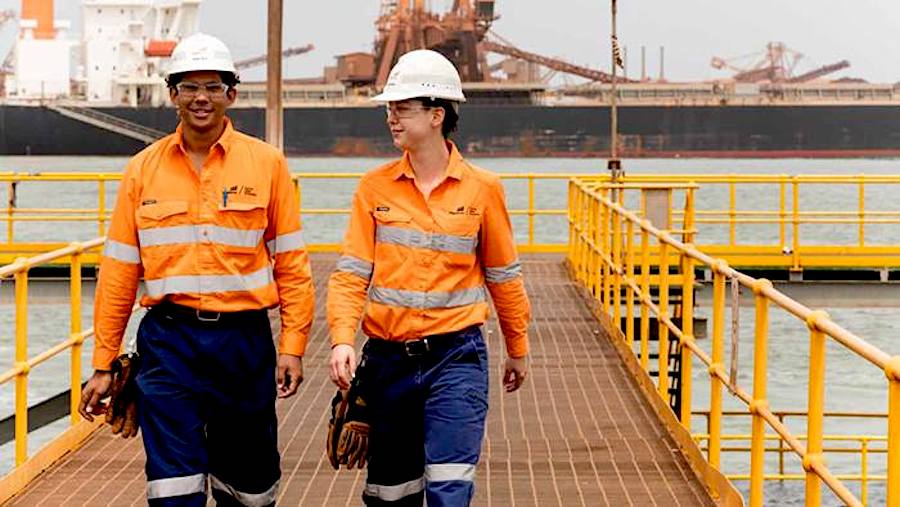 BHP’s efforts towards diversity include a target to have women make up half its workforce by 2025. (Image courtesy of BHP.)

BHP (ASX, LON, NYSE: BHP) is taking
efforts to break the mining sector’s gender, ethnic and neurodevelopmental
imbalance by driving thousands of suppliers, contractors and consultants it
works with worldwide towards adopting the company’s approach.

Through partnerships, the world’s largest miner has already been able to kick off initiatives to provide a myriad of options to employees. These include broadening the range of protective clothing available to women, adapting heavy machinery and tools to make them easier to use and programs encouraging more students into STEM (Science, Technology, Engineering, Math and Medicine) careers.

BHP’s chief commercial officer, Vandita Pant, who oversees the company’s annual supplier spend of more than $20 billion with about 9,000 supply partners worldwide, hopes that by showcasing what’s been recently achieved so far more parties will get on board.

“The early results of what’s possible when like-minded companies come together to make change happen are very promising,” Pant said in a statement. “We know that when we share experiences, we can help other companies in similar situations – or encourage others to think differently by sharing examples of progress with them.”

Last year, BHP reshuffled its executive leadership team to include three more women and added roles focused on science and technology. The move nudged the company towards a target announced in 2016 to have women make up half its workforce, estimated in 26,000 direct employees, by 2025.

Despite the efforts, the Melbourne, Australia-based company is lagging behind the pace of change it said it needed. BHP’s female representation last year increased by 2.1%, below its 3% a year goal.

The global miner’s latest research shows its most inclusive and diverse teams have 67% fewer recordable injuries, their sense of pride is 21% higher, they have 28% lower unplanned absence rates, and have up to 11% higher planned and scheduled work delivery.

A recent Canadian study looking at 857 firms on the S&P’s 1500 Composite Index, which represents about 90% of stock market capitalization in the US, concluded that companies with more women on their boards of directors have better environmental performance. The results were particularly telling in the resource extraction industries.

BHP is one of an increasing number of global majors urging and taking steps to ensure workplace diversity as of late. Newmont, the world’s No. 1 gold producer, has plans to achieve gender parity in senior management by 2030, with a near-term goal of women holding at least 30% of senior roles. Freeport-McMoRan Inc. has set a 15% target of female employees and similar goals exist at AngloGold American and AngloGold Ashanti.