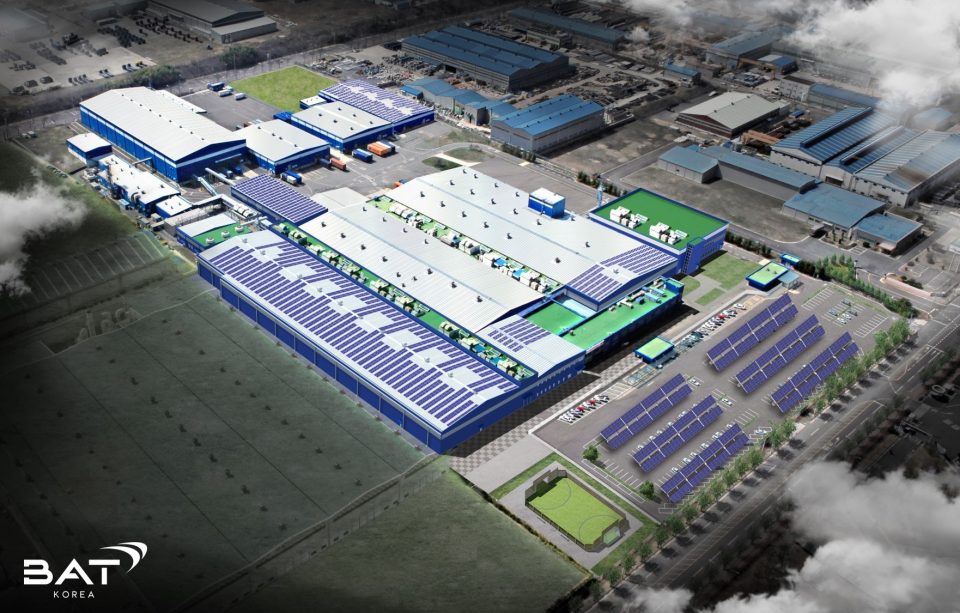 BAT Korea plans to introduce solar power generation facilities at its factory in Sacheon, South Gyeongsang Province, as part of its efforts to become a responsible corporate citizen.

The company announced on Nov. 25 that it had teamed up with LS Electric to establish roof-type solar power modules in six areas of the Sacheon factory, about 430 kilometers southeast of Seoul.

The state-of-the-art facilities, which will cover some 16,000 square meters, will begin operation next March. Their combined capacity is expected to reach 1,435.2kW.

The capacity is big enough to reduce 781 tons of carbon dioxide emission, which is also equivalent to more than 55,000 pine trees transplanting, the company said.

“The installation of solar power generation facilities is significant, in particular, because it is a concrete action plan for the environmental and social efforts promoted by the BAT group,” said Kang Seung-ho, who is in charge of manufacturing at the Sacheon plant.

“BAT Korea will achieve ‘A Better Tomorrow’ by reducing the environmental impact of production, and we are going to make efforts to invest in various eco-friendly areas for this purpose.”

In time with its 30th anniversary this year, BAT Korea has carried out a set of activities of implementing the so-called ESG strategies, which includes environmental, social, and governance issues.

The initiative is in line with that of the BAT group, which was recently named in the Dow Jones Sustainability Indices (DJSI) for the 19th consecutive year.

It is the only tobacco company to win a spot in the prestigious DJSI World Index.

LS Electric is a top-tier company in the power system and automated eco-friendly energy industry. It has worked on the solar power business for the past 35 years.

Factory closures means backlog of pigs on farms is ‘inevitable’