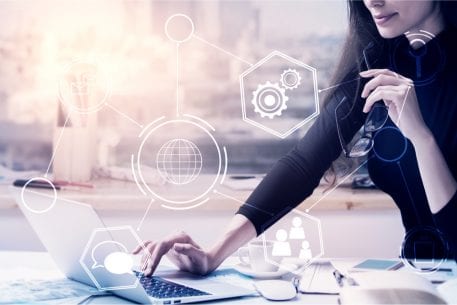 Greensill, a provider of specialty finance that helps companies manage cash, is suffering from client defaults and regulatory scrutiny against an otherwise thriving backdrop, according to the sources. Greensill strives for quick payment to suppliers at a discount, which gives its clients a breathing period to conserve cash.

The company is seeking funding “from a position of strength amid booming demand for its financing tools during the coronavirus pandemic,” a Greensill spokesperson told WSJ, pointing to increased growth in its client base and Greensill-linked investment funds.

Some of Greensill’s clients have hit financial setbacks, like Singapore commodities trader Agritrade International and U.K.-listed NMC Health. Another client, U.K.-based rent-to-own business Brighthouse, is in the midst of restructuring.

Founded in 2011 by Australian banker Lex Greensill and Morgan Stanley legal counselor Jason Austin, the firm is looking to raise funds that could value the company at about $7 billion, the report indicated. Greensill didn’t say how much money it hopes to raise.

Previous Greensill funding of $250 million came from private equity firm General Atlantic in 2018, and SoftBank’s Vision Fund, which invested nearly $1.5 billion in 2019. Greensill was responsible for financing $143 billion to companies in 2019, according to its website.

The Global Supply Chain Finance Forum (GSCFF) in August issued a report following Greensill’s warning in May not to extend B2B payment terms. The GSCFF pointed to frequent reports of suppliers forced to accept unfavorable terms and an element of “bullying” toward small and medium-sized businesses (SMBs).

There has been a call from the Australian ombudsman to mandate that suppliers must be paid within 30 days. Greensill said that it is not feasible, however, except for smaller suppliers. The company maintains that it is not possible to roll out a 30-day policy throughout the wider market.

Banks, corporates and even regulators now recognize the imperative to modernize — not just digitize —the infrastructures and workflows that move money and data between businesses domestically and cross-border. Together with Visa, PYMNTS invites you to a month-long series of livestreamed programs on these issues as they reshape B2B payments. Masters of modernization share insights and answer questions during a mix of intimate fireside chats and vibrant virtual roundtables.

Singapore forges ahead by focusing on rebuilding and reinventing

Coronavirus and counterfeits: How supply chain leaders can protect their products and brands