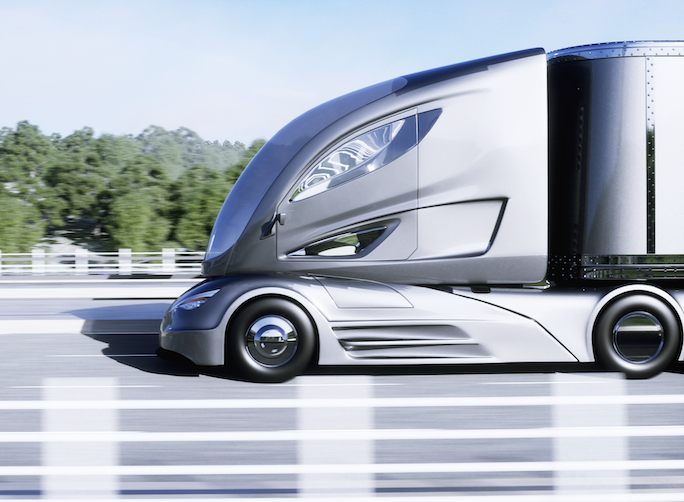 Among my favorite topics is presenting pictorial views of autonomous vehicles (AV) software platforms and their partners, customer and related relationships. I often get update requests, and will therefore begin with the status of autonomous truck platform.

There are at least four factors in determining the status of autonomous truck platforms—key investors along with truck OEM, trucking and logistics and retailer partners.

The chart below lists nine autonomous truck software platforms for each of the four categories organized as one row of information for each category. In some cases, blocks are empty.

Other AV software platforms are likely to be added to future versions of this chart. For instance, GM Cruise and Argo.ai are planning to enter some goods AV segments, but there is limited data to classify their activities.

The AV software platforms are listed first in shades of red with the hardware platform in blue where available.

Key investors mostly include auto and transportation-related companies. Venture capitalists and other investors are also very important, but are not included here. Three AV software companies went public in 2021—Aurora, Embark and TuSimple.

Customer relationships with truck OEMs are listed in the third row in blue. So far, Embark and Kodiak have none. However, they are offering autonomous platforms with interfaces to multiple truck brands. Both use a software services business model based on a fee-per-mile model. They also focus on new trucking and logistics company customers.

Autonomous trials with trucking and logistics companies are essential to improve AV technology and gaining customers. These relationships are shown in the fourth row in green.

The bottom row shows autonomous trials with retailers with middle-mile deliveries and manufacturers with similar needs.

Waymo has pioneered AV development since 2009. Waymo’s AV software platform, called Waymo Driver, covers multiple use cases. It has over the last two years added many resources for autonomous trucks and goods deliveries through its Waymo Via group. The companies has so far raised $5.5 billion, including for Waymo’s robotaxi development.

Daimler, the world’s largest truck manufacturer, is Waymo’s primary truck OEM. Waymo plans to launch a commercial freight hauling business using a fleet of Peterbilt trucks retrofitted with autonomous driving sensors and software. The fleet will be tested in Arizona, California and Texas.

J.B. Hunt serves as the main logistics partner. Autonomous truck trials between Houston and Ft. Worth are planned.

Waymo and UPS are expanding their two-year-old partnership to include deliveries vis a fleet of autonomous Class 8 trucks. In January 2020, Waymo initiated deliveries between UPS stores using its autonomous Chrysler Pacifica minivans based in Phoenix.

Aurora Innovation is a leading developer of a software platform for autonomous vehicles. Aurora Driver is being developed for multiple AV use cases. Autonomous trucking is the first, with hub-to-hub trucking as the starting point. Aurora plans to deploy an autonomous trucking business by late 2023 through partnerships with truck manufacturers Paccar and Volvo Trucks along with logistics companies such as FedEx. Paccar owns two of the leading U.S. truck brands—Peterbilt and Kenworth.

Its strategy focuses on trucking and logistics companies, providing an asset-light software-as-a-service (SaaS) business model that scales Embark Driver within existing trucking infrastructure. Customers would pay a fix fee per mile for using the Embark Driver, including hardware and software platforms for autonomous trucks.

The company has developed a cross-platform integration called Embark Universal Interface (EUI) as a standard link between the Embark Driver and driving systems of a group of major truck brands—Freightliner, Navistar, Paccar and Volvo Trucks. Embark is working with key supply partners for its EUI and AV platform, including Nvidia, Luminar, ZF and Cummins.

The autonomous trucking startup founded in April 2018 is headquartered in Mountain View, Calif. Kodiak has raised about $165 million in venture funding. Investors include BMW iVentures and Bridgestone. Kodiak will use Bridgestone’s sensor-based tires and fleet management software during its autonomous truck testing. It started AV trials in September 2019, making daily deliveries between Dallas and Houston.

The Kodiak Driver AV software platform is primarily focused on highway driving for autonomous trucks. The company’s website contains videos on operational characteristics, with many technology and sensor details–more information than any other AV driver I’ve seen.

Kodiak has yet to release customer data on truck OEMs, trucking and logistics or retailers. It has performed paid freight delivery for customers since fall 2019. Currently, Kodiak ships partners’ goods using its own fleet. In 2025, it plans to offer its autonomous truck solution to customers integrating the technology into their own fleets. The business model is per-mile subscription fee for the software and hardware platform. This is similar to Embark’s strategy.

This past May, Kodiak and SK Group announced a partnership to bring the Kodiak Driver autonomous truck technology to Asian-Pacific markets. As part of the relationship, SK will work with Kodiak to find business opportunities that utilize Kodiak’s self-driving truck technology.

Gatik was founded in 2017, focusing on short-haul, business-to-business logistics for large retailers. Gatik has raised $121 million in funding. Ryder is among its investors.

Gatik operates fleets of light- to medium-duty trucks used for middle-mile delivery as retailers expand distribution networks. It operates AVs seven days a week, 12 hours a day on routes with fixed pick-up and drop-off locations. Gatik has offices in Palo Alto and Toronto, with major customers in the U.S. and Canada.

Gatik and Isuzu North America have launched a partnership to develop L4 medium-duty trucks. The first vehicles will be deployed in commercial test operations in 2021 in the U.S. and Canada.

Einride is a Swedish autonomous truck startup founded in 2016. It has so far raised more than $150 million. It uses only battery vehicles without a driver cabin. The self-driving truck pods can be controlled by a remote operator instead of an onboard safety driver.

Einride has been testing its AV system on public roads in Europe since 2019, but no date is set for U.S. testing. Instead, Einride is starting trials on private facilities in the U.S.

Einride is operating a fleet of 20 Einride pods at the Louisville headquarters of GE Appliances—a division of Haier. Einride AVs operate inside GE Appliances’ manufacturing complex, a closed facility, allowing operation without a safety driver.

It has also been testing with European customers, including Coca-Cola, DB Schenker, Electrolux, Lidl, Oatly and SKF.

San Diego-based TuSimple was founded in 2015. It raised about $650 million in venture funding before going public. The IPO in April raised nearly $1.1 billion. This makes TuSimple the leader in autonomous trucks in terms of funding for development.

TuSimple has launched AV customer trials, including customers who are also investors—including Schneider, U.S. Xpress and Werner and VW.

TuSimple has relationships with two truck OEMs: Navistar and VW’s Traton. VW acquired Navistar in July 2021, adding it to its Traton Group.

It also has the largest group of AV trials with trucking and logistics companies, including CN, DHL, McLane, Penske, Ryder, Schneider, UPS, U.S. Xpress and Werner.

IPO and quarterly reports provide more information than other AV software platform companies, such as:

Founded in 2016, Plus is headquartered in Cupertino, Calif. It has raised more than $500 million from investors and auto-related companies such as Full Truck Alliance (the largest digital freight platform in China with 10 million users) and SAIC, the largest Chinese auto OEM.

PlusDrive is a software and hardware platform focused on autonomous trucking, with testing in U.S., China and expanding to Europe. Plus is concentrating on the hub-to-hub trucking segment. It has design wins with truck OEMs FAW and Iveco. FAW is among the world’s largest truck manufacturer; Iveco is No. 5 in Europe.

Shanghai-based Inseptio was founded in 2018, so far garnering about $490 million in venture funding for development of autonomous trucks. It has 15 investors, including three transportation specialists: GLP, JD Logistics and Meituan.

Inceptio disclosed two L3 truck models in 2021, co-developed with Chinese automakers Dongfeng and Sinotruk. Deployment is planned for end of 2021. Inceptio claims its L3 hardware can be upgraded to L4. Inceptio plans to install its L3 technology in more than 80,000 trucks by 2024.

Autonomous truck development continues to attract large investments as the pace of AV testing and trials accelerates with commercial customers. Testing includes goods deliveries, generating some revenue via use of new software platforms.

Autonomous truck platforms are providing cost and other benefits to goods shippers—even with safety drivers onboard. The promise of increased benefits without safety drivers—first on highway routes—is driving the industry forward. Many autonomous truck software companies are planning self-driving truck deployments before 2025—at least on highways.

This is reasonable bet for AV software suppliers and goods shippers.

Protecting enterprise secrets and intellectual property in a volatile world