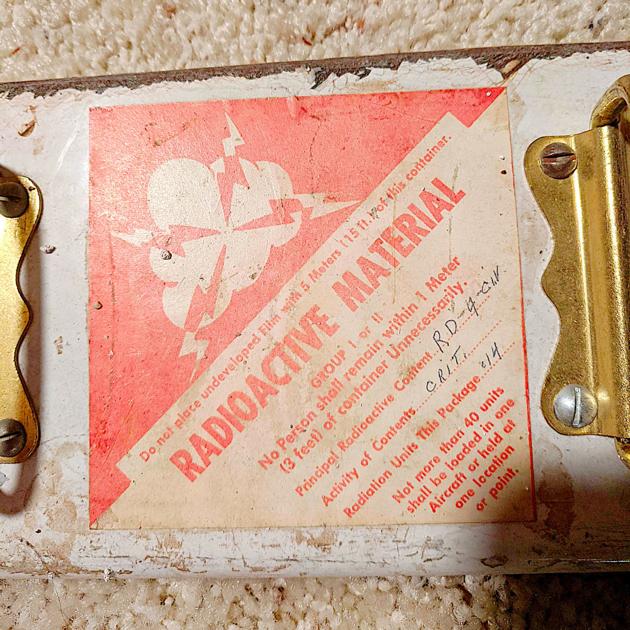 After several people expressed concern online over a lid with a radioactivity warning label found in the crawlspace of a Cache Valley home, officials say upon investigation no dangerous material was found.

“It ended up really being nothing in the end,” Howard said.

On Saturday morning, pictures of a metal cover with brass-colored handles and a radioactive label was posted on Reddit. The cover was apparently found the crawlspace of a newly purchased home; behind the cover were three small, red boxes. By Tuesday evening, the post has received nearly 50,000 upvotes, making it the second-most popular post of all time on the popular “WhatIsThisThing” subreddit.

The Division of Waste Management was ultimately notified and the crawlspace was inspected on Monday. Uranium Mills and Radioactive Materials Manager Phil Gobel, one of the inspectors of the crawlspace, said the lid with the radioactivity warning label appeared to be from the 1950s and may at one time been used to transport radioactive material. Gobel said nothing significant was found in the red boxes.

Though he was happy the incident was reported, Howard said the event probably generated a lot of hysteria for nothing.

“Even if it was a radioactive source at one time,” Howard said, “with that amount of time passing, you know, it would have basically disintegrated.”

This story will be updated.

Sensor Bearing Market Size, Scope, Growth Opportunities, Trends by Manufacturers And Forecast to 2029 – This Is Ardee