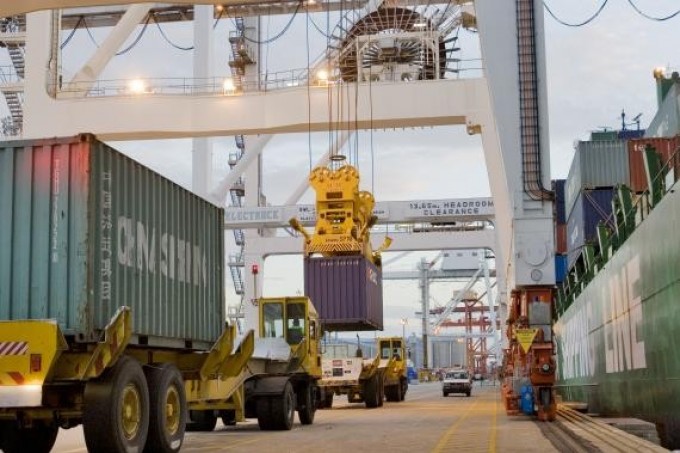 Australia’s freight volumes have taken a nosedive due to the coronavirus crisis – one ocean carrier reportedly cutting temporary staff as a result.

“This is due to the heavy integration of our economy and supply chains with China’s,” he told The Loadstar.

“Early stage reports are a 20% drop in container volumes at Brisbane ports, for example,” he said. “Higher drop-off figures are being reported by one national container carrier who has laid off 200 casuals and ‘subbies’.”

The WRF represents transport operators across Western Australia (WA), a vast region known for its large quantities of fresh produce exports to China, including seafood such as dragon shrimp and rock-lobster.

According to Bloomberg, the fishing has ground to a halt in some WA towns due to the trade disruption, while other cargo, such as honey, is stuck at port waiting for clearance in China.

John Park, head of business operations at the Freight & Trade Alliance (FTA), said: “What we are hearing is that fresh produce exporters of fruit, vegetables and meats, along with the wine industry, are feeling the pinch simply because China has become such a large consumer of these products.”

And surcharges on reefers remains another issue for exporters, he noted, with FTA members reporting blanked sailings for direct voyages.

“Members are also concerned at peak season surcharges, not only on China outbound, but also on Europe or US trades to Oceania, due the shortage of empties in those areas caused by no exports from China,” Mr Park said.

And the outlook for Australia’s airfreight market is little better.

“There are still limited passenger flights that carry cargo in belly space,” Mr Park explained. “Some airlines providing specific cargo charter flights are pricing higher than normal. For example, a freight forwarder who usually paid around $2 per kg, today was offered $5 per kg on a freighter. ”

Australia’s economy is one of the world’s most China-reliant, the country accounts for a third of all Australian exports and nearly a fifth of all imports.

Freight arriving from China has slowed drastically, and the affects are yet to play out, said the WRF’s Mr Dumesny. “The impact will begin to be really felt next week in WA, with sectors from retail to construction feeling the supply shortage.

“The upswing, however, is for local companies that offer import replacement and don’t have China supply chain exposure.”

Bloomberg economist James McIntyre added: “To lose your largest customer and largest supplier at the same time is a shock of unfathomed proportions. The longer the disruptions persist, the deeper the unknowns and the larger the shock becomes for the economy.”

Opinion: The Fiscal Fight in the Time of Covid-19