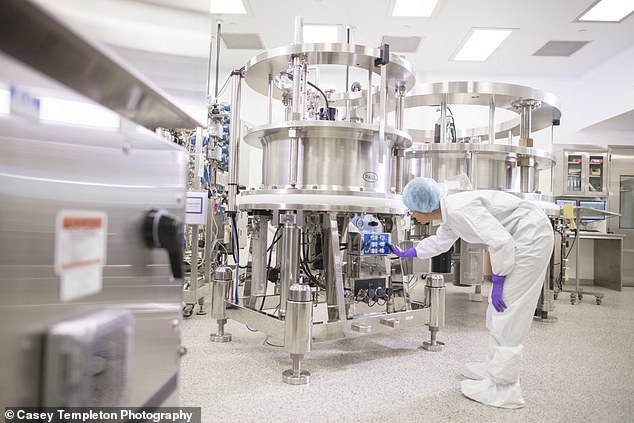 Australia will safeguard its supply line of influenza vaccines by spending $1.8 billion on a huge facility to make the nation self-sufficient.

Flu vaccine manufacturer Seqirus will build an $800 million factory in Melbourne so Australia can mass produce its own influenza vaccines under a new agreement with the Federal Government announced on Sunday night.

The agreement will ensure the nation is not dependent on global supply chains for influenza vaccines in a pandemic.

Seqirus, a subsidiary of biotech giant CSL Limited, will build the cutting-edge factory at Tullamarine’s Melbourne Airport Business Park, on land provided by the Victorian Government.

Pictured: a worker at Seqirus’s U.S. factory at Holly Springs, North Carolina. The new Melbourne factory will use the same technology platform 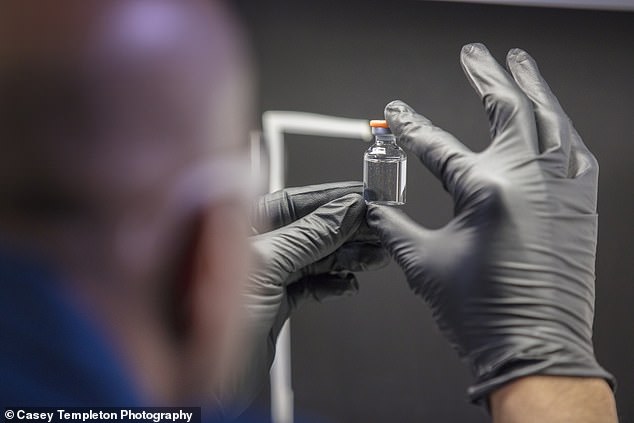 It will replace the company’s ageing facility at Parkville, Melbourne.

Construction will begin next year and will create 520 building jobs.

It will be the only factory in the Southern Hemisphere capable of creating cell-based influenza vaccines, the company said on Sunday, producing faster inoculations in the event of a pandemic.

The Federal Government will spend $1 billion over 12 years to secure the supply of vaccines and anti-venoms from the factory. 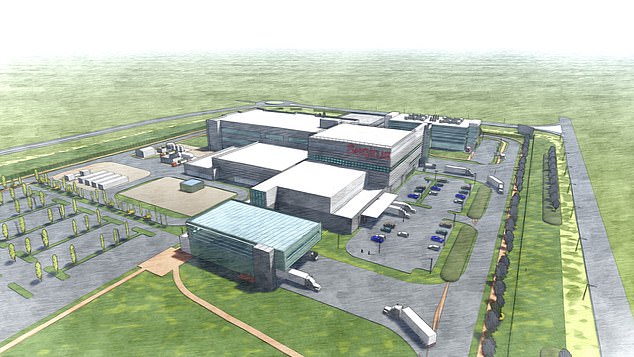 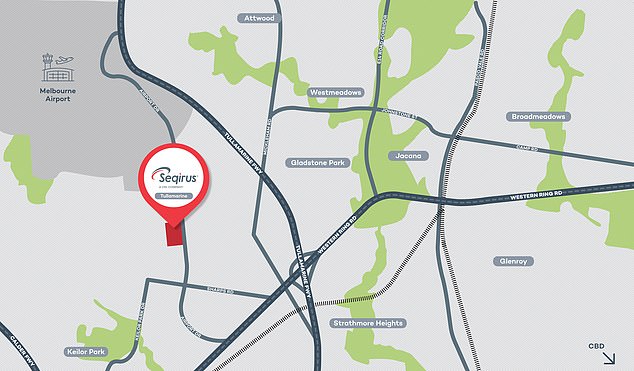 The factory will be right next to Melbourne’s Tullamarine airport 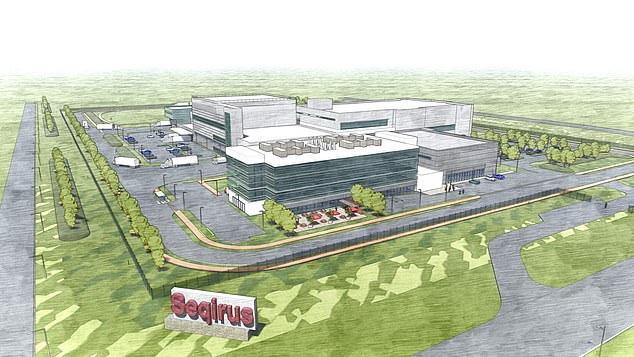 The new factory will replace the company’s old factory at Parkville, Melbourne, in 2026

Without the agreement, Australia would have to source supplies from overseas, and may end up in a queue, unable to get what it needs in a pandemic.

Prime Minister Scott Morrison said the new influenza vaccine factory would be the largest in the Southern Hemisphere and would guard against future threats.

‘This agreement cements Australia’s long-term sovereign medical capabilities, giving us the ability to develop vaccines when we need them,’ he said. 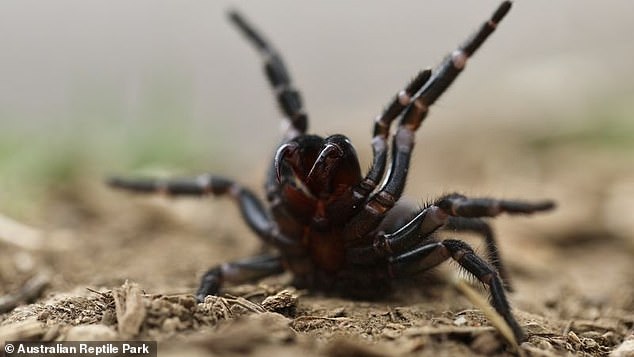 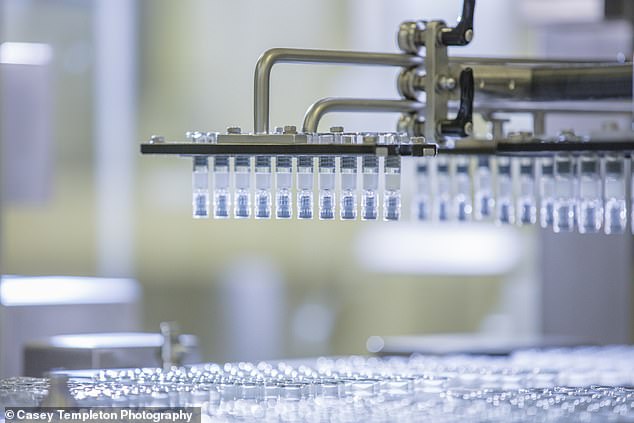 ‘Just as major defence equipment must be ordered well in advance, this is an investment in our national health security against future pandemics.’

Health Minister Greg Hunt said the factory would safeguard Australia against pandemic influenza for the next 20 years.

New factory will make anti-venoms for these poisonous creatures

It will also make a  Snake Venom Detection Kit

The Tullamarine factory will be able to make a variety of vaccines including seasonal and pandemic flu vaccines and the Q-Fever vaccine.

Q-Fever is an infection caused by Coxiella burnetii, a bacteria found in cattle, sheep, goats and infected dust and soil.

It can infect humans and cause a severe flu like illness.

The Tullamarine factory will also produce anti-venom products to save the lives of people bitten by poisonous snakes, spiders or stung by marine creatures.

It is expected to be operational by 2026, when it will begin manufacturing biopharmaceutical products both for Australia and for export, creating 1000 science and technology jobs for Victoria.

The supply chain for the Tullamarine factory is expected to be worth more than $300 million per year, Seqirus said on Sunday.

Once the Tullamarine factory comes online, Seqirus will close its Parkville, Melbourne, factory.

Daily Mail Australia understands the Parkville factory was built more than 60 years ago and cannot be expanded to adopt new technology and production requirements.

Seqirus is a subsidiary of CSL Limited an ASX-listed company that began as the Australian Government-owned Commonwealth Serum Laboratories and is now a global biotech giant with a market cap of $140.8 billion.

CSL shares have risen from just over $286 at the start of November to close at $309.46 on Friday after the company started manufacturing the AstraZeneca coronavirus vaccine candidate on November 9.

The Federal Government has a deal with CSL to make 30 million doses of the vaccine candidate at its factory in Broadmeadows, Victoria. 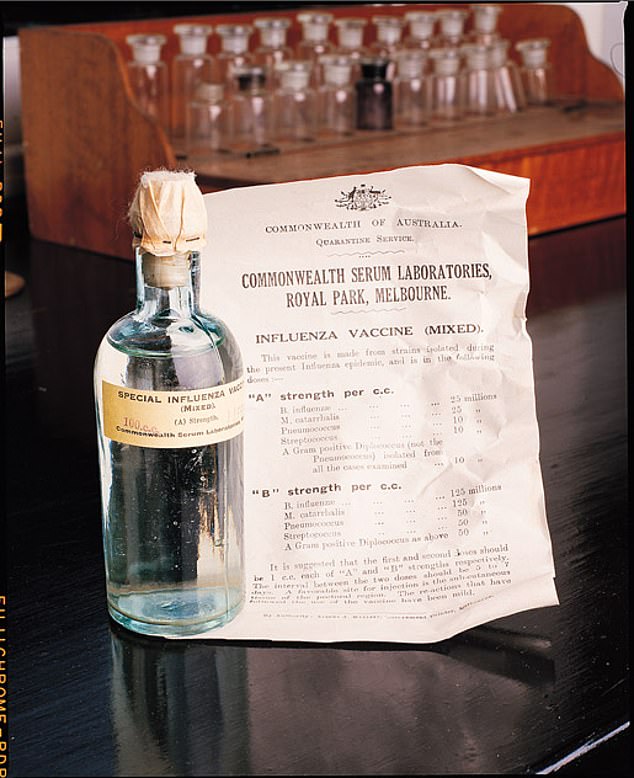 Seqirus is the flu vaccine arm of CSL Limited. CSL used to be the government-owned Commonwealth Serum Laboratories but it was privatised in 1994 and is listed on the ASX. Pictured: Australia’s government vaccine made for the 1919 influenza pandemic. 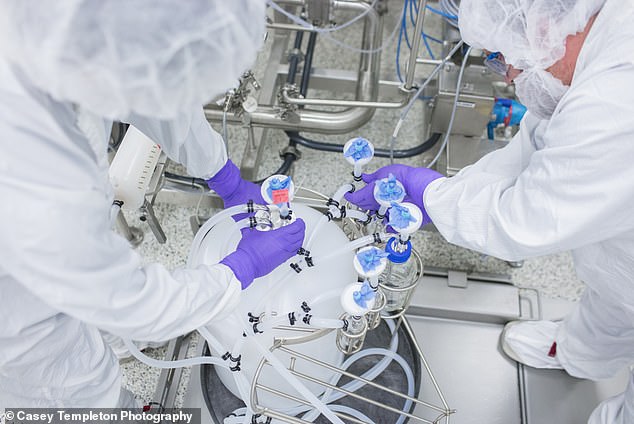 CSL chief executive Paul Perreault said the Tullamarine factory would be an important part of the company’s global influenza manufacturing supply chain, using the same technology as its factory in Holly Springs in the U.S. state of North Carolina.

‘Cell-based influenza vaccine technology offers many advantages over the existing process including being more scalable and offering faster production – particularly important in the case of influenza pandemics,’ he said.

The Federal Government has so far earmarked more than $18.5 billion for the coronavirus pandemic response including $3.2 billion to secure access for vaccine candidates developed by AstraZeneca, Pfizer-BioNTech and Novavax.

What is a cell-based vaccine?

Influenza vaccines are made by growing flu viruses in chicken eggs.

Cell-based vaccines are a newer technology and are grown in cultured cells of mammalian origin.

Cell-based vaccines can be made faster and in larger amounts than from chicken eggs.

Team from Scott Air Force Base IL recognized as factory