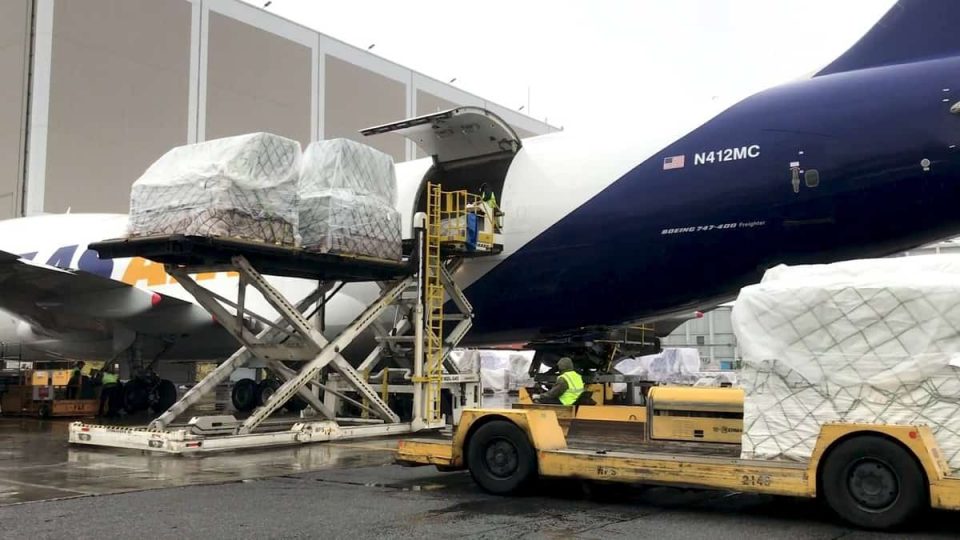 “Our main effort continues to be the acceleration of personal protective equipment. We are moving supplies from the global market to medical distributors,” a FEMA spokeswoman said in a statement. The airlift mission will continue “until we have a velocity of supplies that can utilize both air and sea transport.”

Another plane loaded with medical supplies is scheduled to land at an undisclosed airport in Ohio on Tuesday. Supplies are going to hot spots in other states through health care distributors such as Cardinal Health.

So far, 19 dedicated emergency flights have been scheduled and more are being added daily, FEMA said. President Donald Trump on Sunday indicated that the effort would involve 50 flights, but it is likely the figure will change.

FEMA and the White House have not provided names of other participating airlines, but UPS [NYSE: UPS] is known to be involved because one of its officials spoke Sunday about the emergency effort during an event at the White House.

The FEMA spokeswoman said the agency is working with manufacturers from Thailand, Malaysia, Vietnam, Taiwan, India, Honduras and Mexico to procure the needed supplies and get them on the emergency flights.

“We are grateful to our 3,800 crewmembers and ground staff for their ongoing dedication to make these flights happen and we hope these critical supplies will help bring relief to those working on the frontlines,” she said.

Atlas Air and affiliate Polar Air Cargo are also actively involved in transporting relief goods to the U.S., as well as other nations. The company is working with governments as well as with express carriers, forwarders and charter brokers, and other partners to arrange the shipments.

FedEx [NYSE: FDX] is believed to be involved in Project Airbridge as well but would only say in a statement it “is working with the Department of Health and Human Services and FEMA to provide logistics and transportation support for COVID-19 relief efforts.” Last week, FedEx and UPS began expediting shipment of test specimens to laboratories around the country.

S.Korea’s Feb factory output contracts most in over 11 years

Drewry lists out 4 potential disruptions for shippers in 2022; freight rates seen higher by 20%-100%