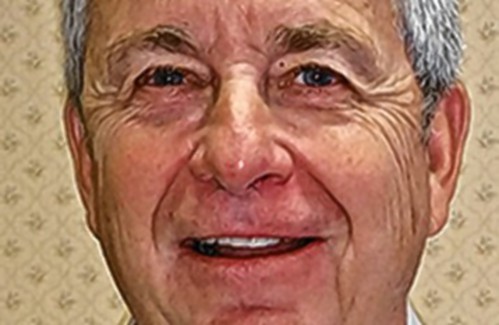 A primer (in this sense usually pronounced premer with a soft i) is a first textbook for teaching of reading, such as an alphabet book or basal reader. The word also is used more broadly to refer to any book that presents the most basic elements of any subject. What follows in this column is just that, a basic introduction to the matter of carbon storage.

Carbon emissions has become a topic of great interest here in Massachusetts and globally. This writer, as member of the Massachusetts Fish and Wildlife Board, had a chance to take in a briefing by MassWildlife’s Brian Hawthorne. That was incredibly illuminating on a most complex topic. Brian presented a report on scientific data that has been gathered on MassWildlife lands as to the carbon stored and produced there.

Since the presentation, I have agonized as to how I could, in the brief space I have each column, provide readers with the same enlightenment the board members received.

In the next issue of MassWildlife magazine, an incredibly informative article is the lead story. Written by Brian and John Scanlon, it is must read for those who express an interest in what is really happening in the environment. Using a very interesting narrative, which focuses on one 150-year-old oak tree, it leads the reader through the process of what is really going on as it relates to carbon, trees and us. If you do not already subscribe to MassWildlife, this should be the thing that gets you take action and become a subscriber. You can subscribe online by going to the MassWildlife website or searching the magazine. It is an incredible bargain at $6 for one year (4 issues) or $10 for two years (8 issues). This one article is more than worth that investment.

The article lays out the value of active management on MassWildlife lands. Included in the article are a number of important points. Noting that in 2006, MassWildlife lands stored 13.4 million tons of carbon. Since 2006, 5.2 million tons of storage has been added thanks to new land purchases. An additional 1.9 million tons of carbon storage has been added by forest growth. Habitat management activities since 1966 released 0.13 million tons, amounting to less than 7% of the carbon storage gained through forest growth. This data is only part of the complex story that the article lays out for readers.

With so much discussion about climate change, carbon release, conservation, and cutting trees, it is important to look at the numbers. How much carbon is stored versus released across MassWildlife lands by its forest habitat management activities? MassWildlife habitat biologists recently completed a detailed accounting of carbon storage and carbon release on WMA and WCE forest lands. The results on both carbon storage and release are derived from formulas that utilize data from a 2006 forest inventory conducted on MassWildlife lands, information on the habitat management activities (tree cutting and tree mulching), and the types of wood products derived from those activities. The results also account for forest growth since 2006 and forest protection from additional land acquisition since 2006. Finally, information from habitat management activities on MassWildlife forest lands from 1966 to 2019 was also factored into the equation.

Looking at it another way, the annual ratio of carbon storage additions to carbon release across MassWildlife lands stands at 17:1. This means that for every pound of carbon released through habitat restoration and management activities, 17 pounds is added to storage through tree growth on unmanaged forest lands. There is far more carbon stored on MassWildlife lands than there was at the end of the previous year even after accounting for carbon release from active forest management. The bottom line is that it is possible to actively manage forests to achieve wildlife habitat and forest conservation goals while positively addressing climate change concerns.

To that end, MassWildlife will continue its wildlife conservation mission while incorporating climate considerations into forest and habitat planning for the next 150 years.

Carbon is stored in a forest in different pools and the amount of carbon in these pools changes over time. The five forest pools are live aboveground (trees, shrubs and other plants), live below ground (roots), deadwood (standing dead trees and fallen logs), litter (leaves, needles, and small branches), and soil organic matter (decaying organic material in the soil).

Here is some background on the two wildlife professionals who wrote the MassWildlife article. John J. Scanlon is the habitat program supervisor at MassWildlife’s Field Headquarters in Westborough. Brian Hawthorne, MassWildlife habitat program coordinator, works out of the MassWildlife Western District office in Dalton. Both have distinguished themselves and are respected for their work far beyond the state’s borders. Again, I urge everyone to read this article. Local libraries usually subscribe to MassWildlife (if they don’t you can gift it to them!). The matter of carbon storage is complex and is not going away. Massachusetts has been recognized across the country for the work done in the state which is forward thinking and visionary and sets an example for states to follow.

13 things every poultry farmer can do to save energy