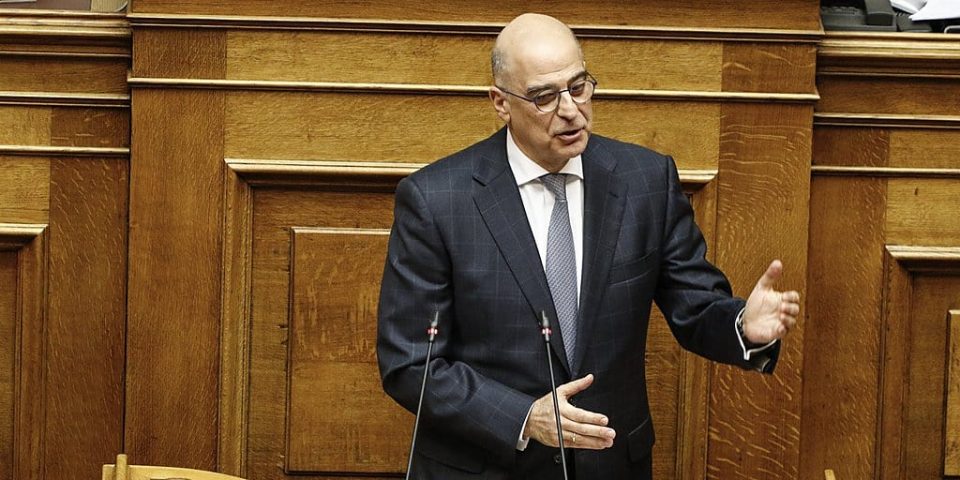 Greece’s Minister of Citizen Protection Michalis Chrysochoidis started an internal political crisis that is attempted to be cleaned up by Foreign Minister Nikos Dendias and government spokesperson Stelios Petsas.

Chrysochoidis accused opposition party SYRIZA of nationalism for wanting Greece to extend its territorial waters to 12 nautical miles, as is within its rights by international maritime law.

Greece’s current maritime territory in the Aegean is limited to 6 nautical miles because of Turkey’s announcement that any extension will be a “cause for war.” 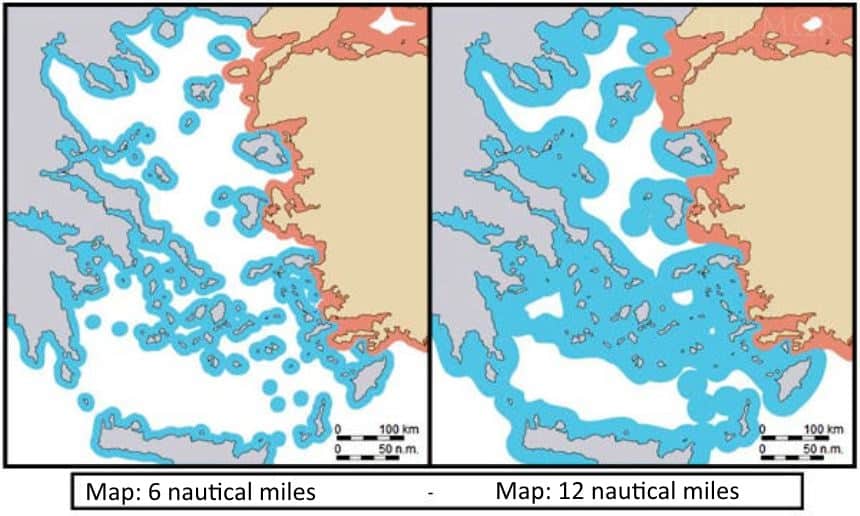 Dendias said that “the position of our country has been repeatedly expressed and needs no interpretation.”

“We have made it absolutely clear to both Turkey and the international community that Greece reserves the inalienable right to unilaterally extend its territorial waters to 12 nautical miles, in accordance with the provisions of the Law of the Sea, which is an integral part of customary law and therefore binds all countries, including Turkey.”

However, despite emphasizing Greece’s legal rights to extend its territorial waters by 12 nautical miles, Dendias made no indication when this will be done in the Aegean Sea, likely making the weak decision not to do so out of fear that Turkey will use Greece’s legal right as a “cause for war.”

“Turkey continues to violate fundamental EU membership criteria, both politically and economically. At the same time, it blatantly violates the customs union by using various tricks, which are to the detriment of the EU in general and of our country in particular. That is why I consider it imperative that the European Commission address the issue and immediately propose measures to stop this abusive practice. The EU must finally make it clear to Turkey that it cannot pursue delinquent EU Member State and to the Union itself and at the same time the EU to reward it by tolerating breaches of the customs union.”

It must be emphasized however that the EU will not take a strong position against Turkey so long as Athens continues to make geopolitical decisions out of fear of Ankara’s reactions and continuing to have an expectation that Brussels will resolve this issue, despite Germany, Italy, Spain, Hungary and Malta making it clear that they will continue to veto sanctions and embargoes against Turkey to protect their own economic interests.

In fact, only yesterday Spanish Ambassador to Ankara, Javier Hergueta, said Turkey is a “very good friend” and that his country “don’t believe in sanctions,” as reported by Greek City Times.

Instead of denouncing EU inaction against Turkey despite its constant violations of Greece’s and Cyprus’ sovereign rights, near daily threats of war, and unleashing illegal immigrants onto Greece’s border, government spokesman Stelios Petsas still apologizes on behalf of Brussel’s disinterest.

“Europe is an economic giant, but it has not yet developed those aspects of politics to be a giant in both geopolitics and issues related to its foreign interests. But it is very clear that there is a rapid emancipation of Europe in this direction,” he said whilst ignoring statements and actions by fellow EU member states that suggest otherwise.

The government spokesman said that “the arms embargo is another tool in the EU quiver to persuade Turkey to change its aggressive and provocative behavior. It is not possible for Europe to sell bullets to Turkey, which will be turned against it at some point.”

Despite saying “it is not possible” for Europe to continue arming Turkey, Germany has already refused to cancel its submarine deliveries to Turkey, as reported by Greek City Times.

Commenting on yesterday’s statement by Chrysochoidis, Petsas said “the position of the Greek government is clear: that we are protecting our sovereignty and our sovereign rights. Within our sovereign rights is of course the extension to 12 nautical miles of our territorial waters, when we deem it appropriate. This is our firm position and there is no difference from that.”

He gave no indication when or why it must be “deemed appropriate” considering it is an inalienable right protected by international maritime law.

Education Cannot Wait, the Global Partnership for Education, UNESCO & UNICEF call for the resumption of salary payments for teachers for the coming school year in Yemen