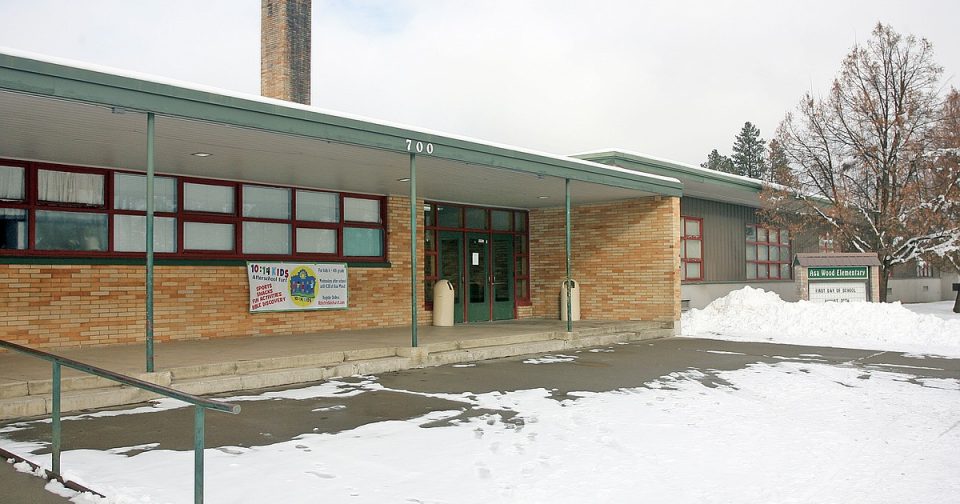 The fate of the former Asa Wood Elementary School may hinge on the cost of removing asbestos from the defunct building.

Libby Public School District officials began mulling the potential sale and redevelopment of the building late last year. The decision to possibly unload the property, which last welcomed students in 2011, arose after representatives of American Covenant Senior Housing Foundation approached the district with plans to repurpose the site for an assisted living facility.

In November, the school district, American Covenant and Libby City Hall split the tab for a market study. The report, issued shortly thereafter, showed ample demand for a facility in Lincoln County.

Based on the study, the school board voted unanimously in February for a resolution to sell or dispose of the property, the next step in offloading the former school.

But district officials must first mitigate asbestos at the site before inking a deal with American Covenant. Under the proposed arrangement, the district is responsible for removing asbestos from the site.

The cost of that effort, which remains unknown, could secure or sink a deal.

“We’re not sure what that cost is going to be and we are waiting on the cost before entering into that agreement,” said Superintendent Craig Barringer on May 19.

Barringer declined to say how much the district would be willing to spend on remediation before a sale became unfeasible. Officials brought in a hazardous wastes material management firm to assess the situation. They hope to have a cost estimate in the coming days.

That the building contains asbestos is no secret. EPA investigators found insulation containing asbestos leaking out of the building in 2008 after an excavator put a small hole in the structure.

In 2010, samples taken at the site showed the presence of low levels of Libby amphibole asbestos.

Barringer said officials are well aware of asbestos in the pipes running through the building and in the flooring, but its presence poses no threat to those who still use the structure. Asbestos that stems from the days of the W. R. Grace mine also settled in the exterior walls, he said.

Gerald Fitts, executive director of American Covenant, said he believes the cleanup will not prove cost prohibitive. While not ruling out the possibility that mitigation will make the sale untenable for the school district, Fitts said his optimism was based on professional analysis.

“We still have to wait for the professional to give us their estimate of what we have to do with the mitigation,” Fitts said. “I don’t think it’s going to be bad — that is my impression — and neither do the professionals so far involved.”

Although plans for the possible future assisted living facility remain amorphous, Fitts expects it will contain between 42 and 47 units. He expects the rehabilitation project will take about a year to complete.

When details of the potential sale went public, residents took to social media to raise concerns about the organizations that operate in the school building. While district officials primarily use the structure for storage, it also is home to the Libby Food Pantry and other community groups.

School officials undertook an effort earlier this year to find new homes for many of the organizations. Fitts said American Covenant also offered to lend a hand. The food pantry, for example, could potentially get relocated to a new structure on the site, he said.