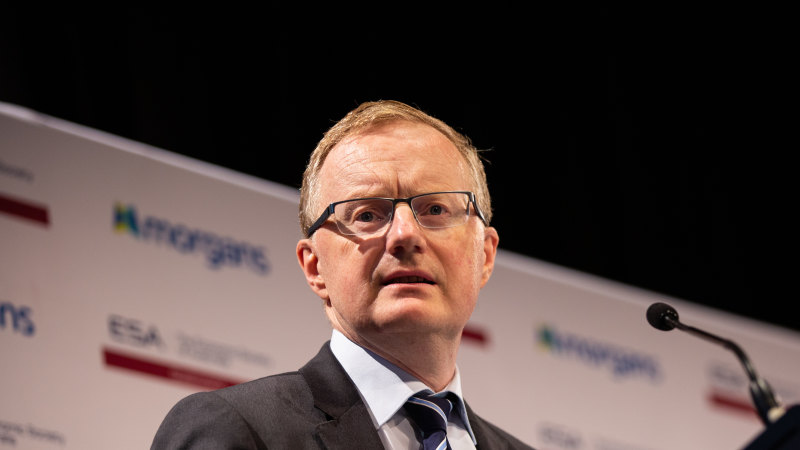 It was the most political of interventions in public economic debate by the Reserve Bank since the 2007 election, when it lifted official interest rates just a fortnight out from polling day.

Morrison and Treasurer Josh Frydenberg had spent the 2019 election campaign talking about Australia’s “strong” economy, yet here was the head of the RBA saying lower interest rates were needed to boost activity.

Within months, the national accounts showed the economy at its weakest since the global financial crisis. Despite ongoing strong jobs growth, the year will end with higher unemployment, with an extra 50,000 Australians looking for work.

At the beginning of the year, markets and the RBA expected to be increasing interest rates. Instead, they sit at 0.75 per cent, and quantitative easing (where a central bank effectively prints money that it uses to buy government bonds) now has a real chance of occurring in 2020.

One of those expecting the Reserve Bank to engage in unconventional monetary policy next year is Stephen Kirchner, a program director with the United States Studies Centre at the University of Sydney. He says there is little chance the bank will reach its forecasts, especially around unemployment, in the coming year, especially with the jobless rate increasing over recent months. That would force the RBA into cutting interest rates and engaging in quantitative easing.

He says the RBA had failed to achieve its own mandated objectives – inflation between 2 and 3 per cent and full employment – and was now looking for everyone else, including the federal government, to help them.

“I don’t think it’s Josh Frydenberg’s job to do Phil Lowe’s job for him,” he says.

Kirchner says a problem common to Australia and the rest of the developed world has been a collapse in business investment over the past six months, which was feeding into poor productivity.

Labour productivity fell by 0.2 per cent in 2018-19, the first time this key economic measure has been negative in its 25-year history. Multi-factor productivity, a measure of the improved output from the combination of workers and their machines, also fell.

Unsurprisingly, productivity in the agriculture sector fell by almost 10 per cent as the drought hit the country. But it also fell in areas such as construction, manufacturing, the energy sector, accommodation and food services.

While governments sink billions into new roads, railways and airports, the private sector is cutting expenditure. In the past three months alone, new capital spending on plant and equipment – the things that help workers produce more – fell by 3.5 per cent.

Kirchner says businesses were not investing partly due to the ongoing uncertainty caused by Donald Trump’s presidency in the United States and various trade wars. That uncertainty may not disappear until after next year’s presidential election. “Capital is on strike and is going to remain that way for a while.”

Not everyone believes the RBA is going to start up a string of printing presses in Sydney’s Martin Place. Some critics of quantitative easing note that further cuts in interest rates could cause more trouble, hitting consumer confidence while simply inflating the Sydney and Melbourne housing markets.

That was evident in Westpac’s most recent consumer confidence survey. It found that as the RBA cut rates between 2011 and 2016, consumers were split on whether those cuts were favourable or unfavourable. Since the RBA started cutting in June, 70 per cent of shoppers have an unfavourable view of what’s going on.

Westpac chief economist Bill Evans, one who expects official rates to fall next year, says the dominant theme for the coming year will be global trade disputes and uncertainty around the US presidential election.  “We have already seen disturbing slowdowns in business investment in the major economies partly in response to trade uncertainties and partly, more fundamentally, reflecting risk aversion and general caution,” he says. “Trade uncertainty and political risks are unlikely to allay those concerns in 2020.”

President of the Economic Society of Australia Danielle Wood says lacklustre business investment has been joined by poor consumer spending. She says the only thing keeping the economy ticking over is the public sector and net exports. When, or if, that changes will be a key part of the national economic debate over the coming year.

“It’s like we’ve hit a stalemate: businesses won’t make the investments needed to get employment growth and wages moving without stronger consumer demand, but consumers won’t spend until they see the prospect of real wages growth,” she says.

Wood also points to another factor that has kept the Australian economy growing. Population growth, which for those in our crowded cities manifests itself as overcrowding and congestion, has been a key element to the national accounts for a long period of time.

“When you strip out population growth, the latest International Monetary Fund forecasts suggest Australia is projected to grow the slowest of the leading 12 advanced economies – just 0.66 per cent per person,” she says.

The government, which announced it was pulling forward about $1.8 billion worth of infrastructure projects into this financial year and next, has pinned its hopes on consumers using the expanded low and middle-income tax offset to deliver a spending boost to the economy.

The early evidence is underwhelming. Despite an extra $5.5 billion in refunds flowing into household bank accounts through the September quarter, Australians increased their saving levels and actually reduced spending on discretionary goods.

The retail sector is the nation’s second-largest employer. But jobs in the nation’s malls and main streets have flatlined over the past 12 months, while this week long-time retailer Harris Scarfe became the latest household name to be put into receivership.

Household debt, which has now reached a new record high of 202 per cent, coupled with stagnant wages means the squeeze on consumers is unlikely to ease in the coming year.

Bankwest chief economist Alan Langford says the lift in house prices evident in Sydney and Melbourne may get households to prise open their wallets, but that could be offset by concerns about the jobs market.  “To be sure, households’ increasing propensity to save rather than spend is no bad thing from an aggregate household debt perspective, but it means that by far the biggest part of the economy is struggling to play its part in keeping the economy ticking over,” he says.

“But if and when those households get to a point where they think they have enough of a buffer
saved up for a rainy day, they will feel more comfortable to open their wallets.”

That’s where perceptions of job security come into play, he says. It’s “hardly irrational for households to be cautious” in the face of cyclical economic trends  and structural changes (automation and the gig economy, for example) in the labour market, he points out.

The most recent federal budget, and its upbeat forecasts about the economy, wages growth and unemployment, was released ahead of Lowe’s Brisbane speech. Next week’s midyear budget update will contain a string of downgrades, given the changed economic circumstances.

Lowe is set to deliver a speech to the National Press Club at a special sitting in Sydney on February 5 next year – the day after the RBA’s first board meeting of the year. Markets put the chance of a rate cut at that meeting at better than 50-50.

The economic debate is set to be just as intense next year as in 2019.

Shane is a senior economics correspondent for The Age and The Sydney Morning Herald.

Assessing the impacts of global climate change on population trends