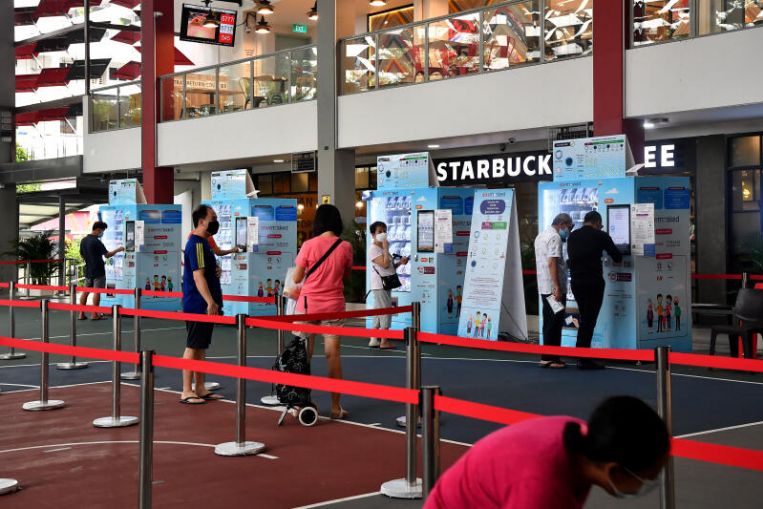 The Temasek initiative was the fourth such exercise nationwide to help protect residents against Covid-19.

The collection process was facilitated by volunteers, including the People’s Association and Singapore Airlines, who helped people unfamiliar with the process.

Temasek distributed 9.3 million masks in its first exercise from June to July. This included 300,000 mask kits, which were delivered to the migrant workers who could not leave their dormitories.

“Some of the difference in numbers is explained by a different distribution mechanism used to reach migrant workers. In this round, that distribution is ongoing,” said a spokesman for the Temasek Foundation.

The investment firm also disclosed that it received about 214,000 pre-orders for mask kits, with some colours being more popular than others. This was four times higher than additional orders in the first round.

The collection of free masks has ended and will not be extended but the Temasek Foundation is looking to conduct further distributions in the future, the spokesman added.

How can pubs make the most of outside space for winter trade?