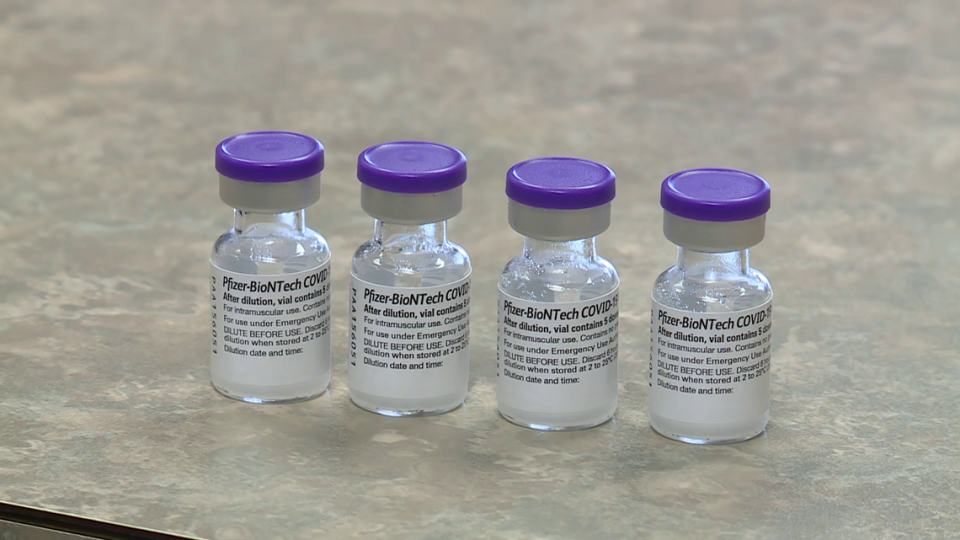 According to the New York Times, Arkansas is ranked 10th in percent of the population vaccinated at 6.5%.

The state has given about 55% of its doses received despite some concerns over a possible vaccine shortage.

According to the New York Times, Arkansas is ranked 10th in percent of the population vaccinated at 6.5%.

“That’s one indication that we’re making progress and we want to improve that every day. It’s challenging but we can do better,” Gov. Hutchinson said.

RELATED: Where to get COVID-19 vaccine in Northwest Arkansas & River Valley

“Last week when we received our supply of new first-time doses of the vaccine, 92% of the supply coming into the state was in the arms of Arkansans within 48 hours,” Gov. Hutchinson said.

The governor says Arkansas has received its second dose allocation from the federal government.

“That should give people confidence that once you’re in the system for having received your first vaccine, the second dose will be there for you,” Gov. Hutchinson said.

The Arkansas Department of Health reinforced that the two types of vaccines from Pfizer and Moderna are both safe and effective.

But for those who are fully vaccinated, it’s recommended that they continue to wear a mask, social distancing and wash their hands because variants of the virus are circulating around the world.

“We could very well have those strains in Arkansas and if that is the case and we’re able to demonstrate that and these strains are more infectious, and we want to make sure that we do not give them an opportunity to spread in Arkansas,” said Dr. Jennifer Dillaha, Arkansas State Epidemiologist.

For faster distribution of free pulses, Govt to give ‘chana’ to migrants | India News