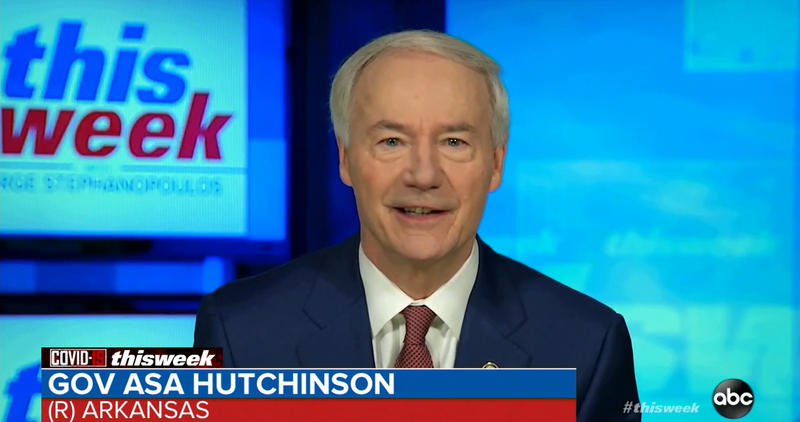 Republican Gov. Asa Hutchinson says the distribution of the coronavirus vaccine has been “seamless” under the administration of President Joe Biden.

Speaking Sunday on ABC’s “This Week,” Hutchinson that anything that can be done to speed up production of vaccines, including invoking the Defense Production Act, would be good.

The state reported on Saturday that 299,938 of the 520,00 doses Arkansas has received of the coronavirus vaccine have been given.

Hutchinson said he was “delighted” the state had a 14% increase in vaccine supply last week, adding, “Thank goodness we have that partnership which is good with the federal government.”