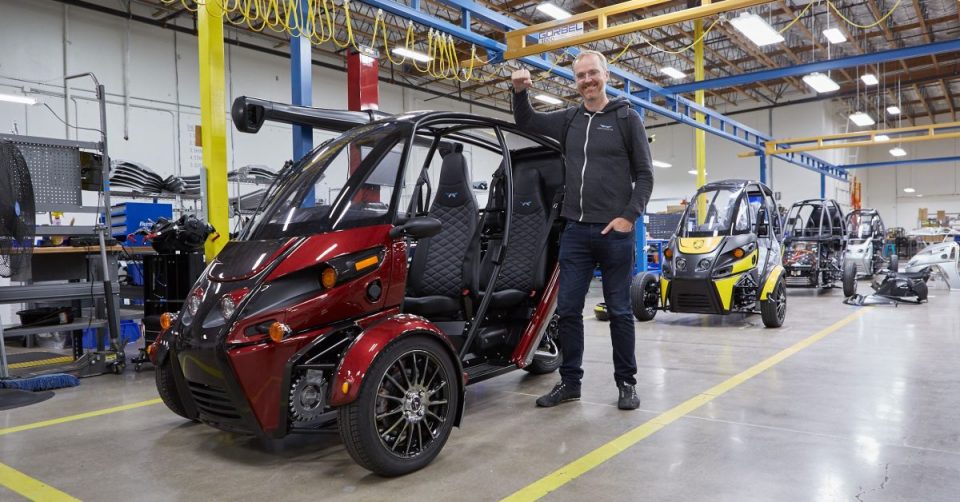 The electric vehicle startup declared last year that it expected to reach a production capacity of 50,000 vehicles per year within the next two years.

That’s a lofty goal for a company that has only recently achieved a total production in the triple digits.

But Arcimoto CEO Mark Frohnmayer is convinced the company can do it, and the new factory space will be pivotal.

As he explained in a statement provided to Electrek:

In 2020 we articulated an aggressive goal to achieve mass production within two years. We believe the acquisition of this existing manufacturing facility is a critical leap toward our goal.

Purchasing an existing facility helps reduce risk during scale. Instead of spending time designing and then building a new factory, we can start right away with facility retrofits and production line layout. We are thrilled that this site became available at an opportune moment in our planning process.

Arcimoto’s production goal may be lofty, but investors have been betting on the growing EV manufacturer. The company’s NASDAQ-listed stock FUV has risen over 150% in the last three months, including a gain of over 9% today at the time of publishing.

Unlike more traditional electric vehicles like those produced by Tesla, the Arcimoto FUV is a three-wheeled, largely open cockpit vehicle.

The American-made FUVs currently start at a price of around $18,000, though Arcimoto is aiming to bring that price down to just $12,000 once production ramps up to sufficient volume.

In addition to sales as private commuter vehicles, Arcimoto has also produced commercial versions of the FUV that serve as emergency and first responder vehicles.

The company has even released an FUV ROADSTER model that chops off the roof and roll cage for an entirely open-topped ride.

Freight up 28% boosted by stockbuilding ahead of brexit

Man dies after getting pinned between truck, trailer at East Syracuse factory

Police not ruling out terrorism as motive behind ice factory blast