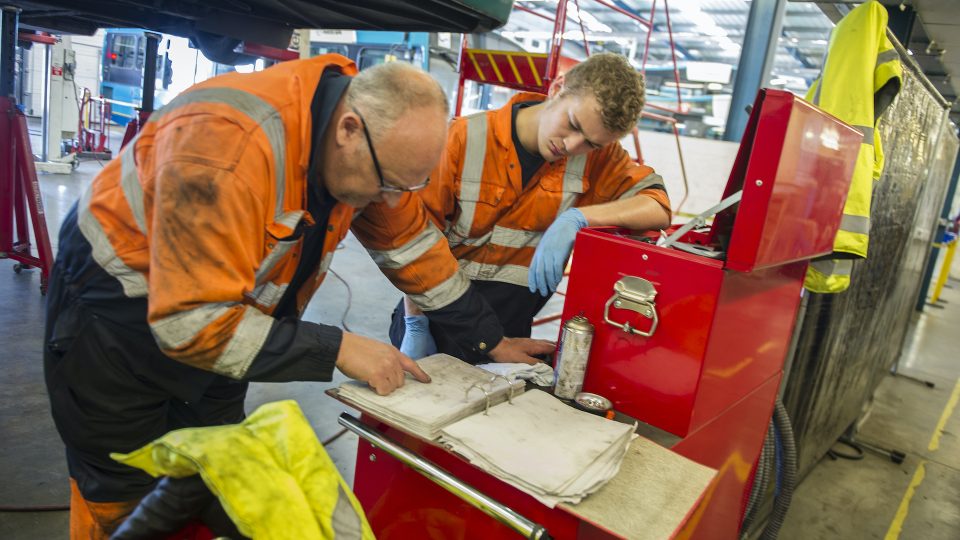 Many young people made redundant during the pandemic have been left without support or new opportunities for training, according to experts

New government measures to support out of work apprentices don’t go far enough to help young people who have already lost their jobs, experts have warned, at a time when many apprentices have found themselves on the furlough scheme or facing redundancy due to the coronavirus pandemic.

Gillian Keegan, the minister for apprenticeships and skills, signed new regulations this week to allow more out of work apprentices to complete their courses. But providers have told the Big Issue the new legislation won’t apply retrospectively, meaning anybody who is already out of work won’t benefit.

The Department for Education insisted the new legislation is in addition to current support measures.

Simon Ashworth, chief policy officer for the Association of Employment and Learning Providers, said the organisation had been lobbying ministers for the change, but it was disappointing it won’t be applied retrospectively.

“We were concerned that the current support for apprentices that get made redundant doesn’t adequately cover learners on longer programmes,” he told The Big Issue.

“I saw an electrical engineering apprentice a couple of months back who was three years into a four-year programme.

“He was devastated that the only support he could get was for 12 weeks, and the likelihood of him getting another job when he wasn’t qualified was fairly negligible.”

UK unemployment hit its highest in three years in the three months to August, according to the Office for National Statistics (ONS), at 4.5 per cent,

Meanwhile, figures from the Welsh Government revealed that nearly 3,000 apprentices are still on the furloughn scheme in Wales alone, with hundreds already being made redundant.

Ashworth said while the new legislation was a “positive move”, ministers should provide additional support now the furlough scheme was being wound down.

He added: “It’s good that the new legislation has come in, but unfortunately it won’t provide that level of support for apprentices who are on longer programmes who have been made redundant before this.

“One thing the government could do is look at a targeted wage subsidy or an extension to the furlough scheme for young apprentices who are at risk of redundancy to stop them becoming displaced in the first place.”

Jill Whittaker, the managing director of HIT Training, another apprenticeship provider specialising in hospitality, told The Big issue the new legislation was “welcome” but the definition of “redundancy” needed to be extended.

Whittaker said: “The current definition of redundancy needs to be extended to include those ‘laid off’, ‘let go’, or who have otherwise lost their job through no fault of their own.

“At the moment, without a formal redundancy notice, we cannot continue to work with the apprentice.”

Toby Perkins, the shadow minister for apprenticeships, told The Big Issue he was “extremely disappointed” ministers had not made the new regulation retrospective.

He said: “I have been in communication with several apprentices who have been made redundant in recent months and I have been pressing the government to act urgently.

“While I welcome the new support measures, they have sadly come too late for many redundant apprentices who have been left in limbo, without a job or training opportunity.”

Gillian Keegan, apprenticeships and skills minister said in a statement: “This has been a challenging time for the entire country. We know that some apprentices have lost their jobs or are facing redundancy due to Covid-19.

“That’s why we have changed the law to allow more apprentices who have been made redundant to complete their programmes and get the skills and experience they need to get ahead.

“Alongside this, our redundancy support service for apprentices continues to provide free advice and guidance to apprentices affected by redundancy, as well as helping them to identify new apprenticeship opportunities available across the country.”

Have you been affected by the economic impact of the coronavirus pandemic? The Big Issue is committed to supporting its readers and find ways to help people stay in their jobs and in their homes through our Ride Out Recession Alliance. Send your stories and ideas to rora@bigissue.com to help us support those who need it most.

Building a robust supply chains during a pandemic

Quality, Reliability and Cost Rank High in Assessment of Sup-Suppliers by Multinational and Larger Indigenous Companies