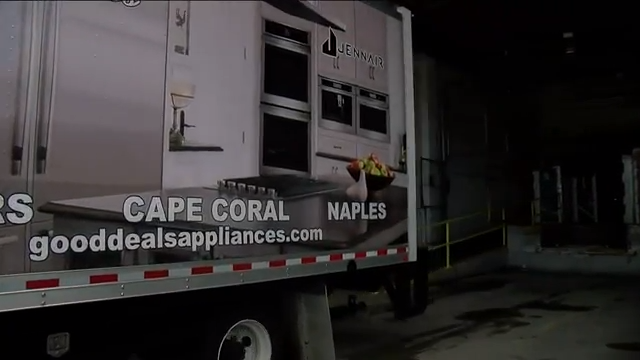 “It doesn’t have the door [handle] but that’s fine with me,” Vlack said.

The Fort Myers shopper said she doesn’t have time to wait for a specific fridge to come in.

“I went to the food store yesterday not knowing this was going to happen… The stuff is just waiting for me to do something about it. The milk, the eggs,” she said.

Local Appliance stores have reported shortages starting back in spring.

He said the problem has only escalated.

“When the world shut down everybody was down. The manufacturers weren’t building anything for about a whole month,” Russo said.

Some products are on such a big backlog that customers who want specific styles or brands have to wait much longer than normal.

Russo doesn’t expect things to improve until next year, at the end of their second quarter. Until then, they’re working with what they have. They’re offering loaner appliances and delivery services, but mostly just trying to catch up, placing orders aggressively every day.

US urges India to enhance its position in global supply chain : The Tribune India