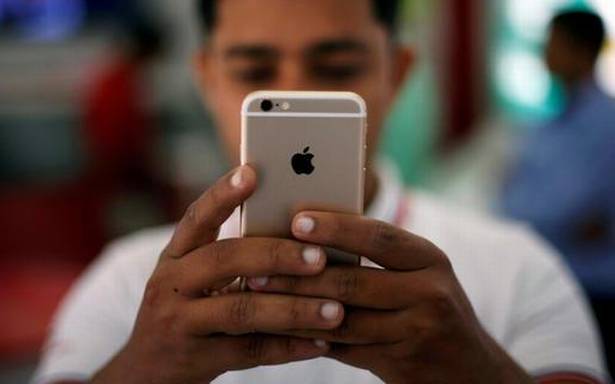 For the first time since 2011, Apple Inc didn’t release a version of its flagship iPhone in September. That delay has had a massive ripple effect through its network of vendors, which makes parsing supply-chain data even more challenging than usual.

Since at least March, we knew that the next instalment of the iconic device would be pushed back due to Covid-19. The pandemic initially hit manufacturing lines in China, but continued to impact the rest of the global line-up of companies that contribute to the product, all the way back to the team that develops it in Cupertino.

Foxconn Technology Group is the most obvious example. Its Hon Hai Precision Industry Co unit, which assembles iPhones at factories chiefly in China, posted a 21 per cent drop in September sales on Monday. It’s not alone. Largan Precision Co, which makes camera lenses for smartphones, reported a decrease of 22 per cent.

The declines resulted in a 7 per cent fall in third-quarter revenue at Hon Hai, the largest for that period in over a decade. Largan had it worse, plummeting by 20 per cent for the quarter. Taiwan Semiconductor Manufacturing Co, the major provider of chips for gadgets, is expected to post 11 per cent quarterly growth when it reports sales on Thursday. That’s respectable, but slower than recent quarters and could be further hurt by a a strengthening Taiwan dollar.

What makes the conundrum more revealing, and at the same time confusing, are the different tales being told at these companies.

Weakening demand for premium smartphone lenses and order cuts from Huawei are the two major factors weighing on product prices and lens shipments, Bloomberg Intelligence analyst Charles Shum wrote this week of Largan. Huawei, Xiaomi and other smartphone makers are expected to focus on selling more mid- and low-end models to maintain sales volume during the pandemic crisis.

The takeaway here is that consumers may not be rejecting the latest iPhone itself, but simply saving their money and opting not to buy any new top-end smartphone amid the global economic uncertainty. Alternatively, the work-from-home trend and lack of other places to spend money (autumn in Paris, anyone?) could spur people to upgrade.

With the iPhone to be revealed next week, and the sales launch likely to be absent the ritual queues outside Apple retail stores, we wont know how well its doing until press releases (to be glowing, of course) and news reports (fawning, perhaps) roll in during subsequent weeks. Market researchers may be able to give us hints by late October.

One of the comforting aspects of a September iPhone release was how it allowed revenue at suppliers to be broken into two distinct phases: ramp-up, reveal, and release in the third quarter; followed by momentum and holiday-season demand in the fourth. This year, it will be crammed into just one period. The first weeks of November and December will be critical for the analysts, traders and investors who parse supply-chain data to get a handle on the worlds biggest tech company. Well before firms report quarterly revenue, Taiwanese companies are required to announce monthly sales.

If October numbers, to be reported by November 10, don’t show massive spikes, then expect an overreaction in tech stocks. Some bulls will hold on for November data, out in early December, to prove themselves right. Many will wonder whether such data shows true strength, or is merely catch-up demand from a delayed release. But we wont get a fuller picture until early January, after the quarter is closed.

This all means that not only must consumers wait longer to get their hands on the shiny new toy, but supply chain watchers will be left on tenterhooks longer than usual.

Five taken to hospital after explosion at Dunedin factory