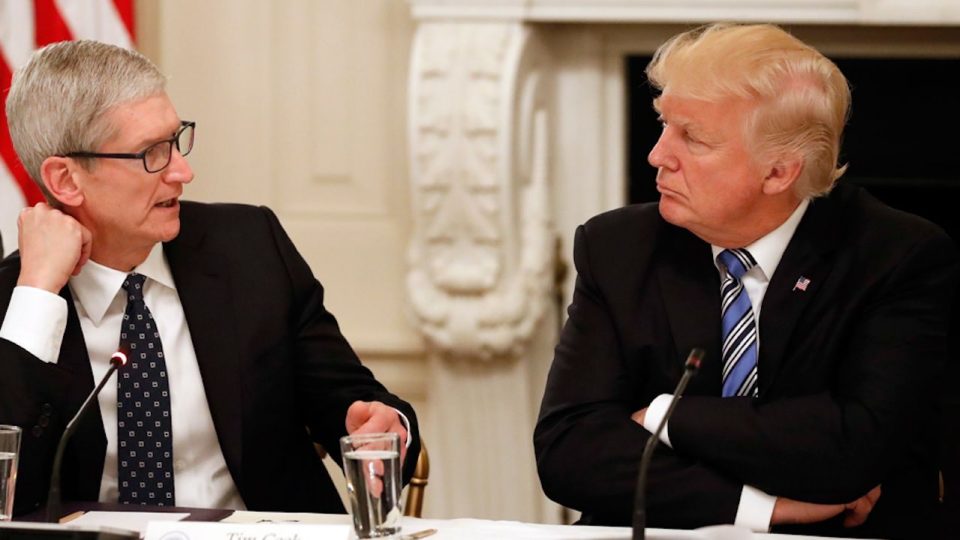 He wants to help Tim Cook because of the great phone relationship they have.

U.S. President Donald Trump and Apple CEO Tim Cook are expected to tour facilities in Texas where Apple products are made as soon as next week to showcase companies that keep jobs in America, according to two people familiar with the matter.

The trip, which has not yet been announced, would highlight Cook’s strong relationship with Trump as he seeks further relief for Apple from U.S. tariffs on imports from China. The tariffs are part of a prolonged, tit-for-tat trade war between the world’s largest economies.

Apple declined to comment. A White House spokesperson said the office has no scheduling announcements at this time.

In September, Apple said it would make its new Mac Pro desktop computers in Austin, Texas, where it had made previous models at a contract manufacturing facility. The announcement came days after U.S. trade regulators approved 10 out of 15 requests for tariff exemptions filed by Apple amid a broader reprieve on levies on computer parts.

Earlier this month, Apple also asked the Trump administration to waive tariffs on Chinese-made Apple Watches, iPhone components and other consumer products, according to filings with trade regulators.

Trump has made boosting the U.S. manufacturing sector one of the goals of his presidency, taking to Twitter to pressure U.S. companies into keeping jobs at home, while he has punished China for what he says are unfair trade practices by levying hefty tariffs on billions in Chinese imports, which in turn have hurt U.S. companies.

The visit would allow Trump to tout his strong bond with Cook, after many CEOs resigned from a business advisory board in 2017 following Trump’s tepid response to violence at a rally of white supremacists in Charlottesville, Virginia. Tariff relief for Apple came after the Trump and Cook dined together in August, and Trump said Cook “made a good case” that tariffs could hurt the company against South Korean rival Samsung Electronics, whose products would not be subject to the same levies.

Trump hopes to reach a partial trade deal with China soon, but said Friday he has not yet decided what if any tariffs might be removed as part of such an agreement.

The visit will not be Trump’s first trip to the Lone Star state to tout U.S. manufacturing jobs. Last month, Trump toured a Louis Vuitton factory in Alvarado, accompanied by his daughter and presidential adviser Ivanka and top executives from parent group LVMH.

The appearance stirred discord, with Louis Vuitton designer Nicolas Ghesquiere decrying Trump’s visit to the factory, which is in addition to Vuitton’s two U.S. manufacturing hubs in California.

The Spike in Oil-Tanker Rates May Be Over, But a Boom Is Coming

Collaboration is key for a sustainable apparel supply chain