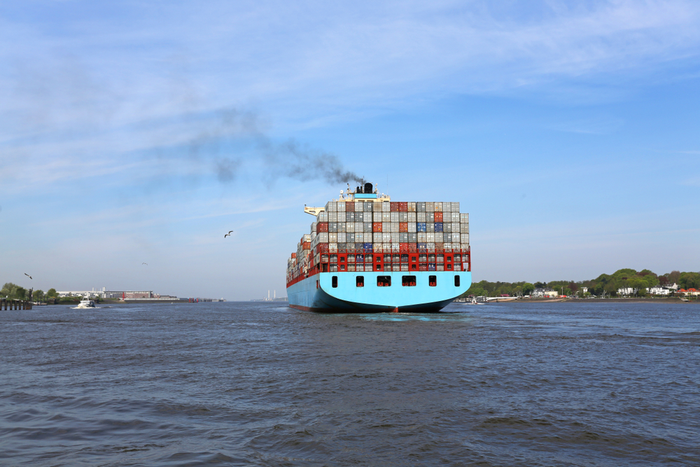 APL Logistics (APLL) has built a carbon calculation tool designed to enable shippers to measure their total greenhouse gas emissions, while helping them reconfigure supply chains to avoid the areas that most contribute to emissions totals.

The Phoenix-based third-party logistics provider (3PL) told JOC.com in late July it also intends to directly integrate the ability for shippers to purchase carbon offsets into their freight procurement activities.

The broader goal, APLL said, is to help shippers cope with increased demand for shipment speed while they’re expected to cut emissions, dual mandates that often appear to be at odds.

“It’s clear that institutional investors are concerned with how companies calculate [greenhouse gases] and other sustainability issues,” Balsam told JOC.com. “Shippers won’t make procurement decisions based on CO2 [carbon dioxide] alone, or any single variable actually. This is just another way to evaluate those decisions.”

Balsam said APLL’s research showed that 20 percent of its customers’ aggregate volume has a carbon tax on it. “As that grows in the future, it’s a cost most people are not ready for,” she said.

The calculator enables shippers to look at so-called Scope 3, Category 9 emissions — i.e., those created by transportation and distribution activities — at an aggregate and granular level. The emissions are defined by the Greenhouse Gas Protocol, a consortium of companies working on emissions standards. Scope 3 refers to indirectly created emissions from 15 supply chain-related sources, while Category 9 refers to those indirect emissions attributable to downstream transportation and distribution of products to sale destinations, including fuel emissions from trucks and vessels, as well from warehousing electricity.

A free version of the APLL tool lets a shipper see, for instance, which port pairs and specific carriers drive what percentage of the total emissions associated with its freight transportation. Emissions are isolated on a per gram of CO2 per TEU kilometer basis. APLL told JOC.com it plans to use the free version to help customers drive deeper decisions on where to source goods and which transportation providers to use.

The calculator, for instance, shows that faster ocean services generally create higher emissions levels on a per-unit basis. That places a logistics manager in the position of deciding whether to prioritize services that are faster or those that produce fewer emissions. Another option would be to use a slower service and figure out other ways to cut days off total transit time that are less emissions-intensive, a role APLL is keen to play for its customers.

“Needing to use a faster service can be a proxy for poor demand planning,” Thad Bedard, the company’s vice president of strategy, told JOC.com. “The boards for multinationals are saying, ‘You need to improve financial performance, but you also need to meet sustainability expectations.’ It’s really about determining, how important is speed, and what does the market really want?”

Bedard said APLL decided to build its own tool because it didn’t see a third-party provider of data in the market that achieved the level of granularity it needed. The company made a similar determination with regard to a visibility tool, DataGuaranteed, it launched in January.

There were both customer requests for such data as well as a broader commercial imperative to reduce carbon footprints that the 3PL saw as an opening to engage with customers in a broader way, he said.

Bedard added that APLL was in a unique position to both aggregate the data and make sense of it in a logistics context because of its experience in working with asset-based carriers across all transportation modes. With the first data sets in place, the 3PL is building out its modeling capability to show the emissions impact if a shipper used a new port pair or transload hub.

“It’s not easy to get to this point,” he said. “It takes a lot of familiarity with the data but also how to visualize it. Most customers will have set supply chains. They might be able to change a transload point, but what they can influence is the carrier selection.”

There are existing examples of 3PLs providing carbon emissions data to shippers. Kuehne + Nagel has for nearly two years provided carbon calculations attached to specific ocean sailings through its Sea Explorer tool. CEVA Logistics, meanwhile, said in mid-July that it plans to incorporate a similar calculator in its MyCEVA digital platform.

Also in mid-July, Marseille-based SeaRoutes said it would provide global forwarders with an application programming interface (API) that lets it calculate for customers carbon emissions on a door-to-door shipment basis.

The next phase of the calculator initiative, beyond helping shippers optimize their supply chains to minimize their carbon footprint, would be to offer the opportunity to buy carbon offsets, Bedard said.

“No matter what you do, there will still be emissions and you’re going to need an offset,” he said “You could think of it at contract time or transaction time. So it could be when you make a booking, you can buy an offset.”

2020: Optimism for Transformation in Maritime Sector