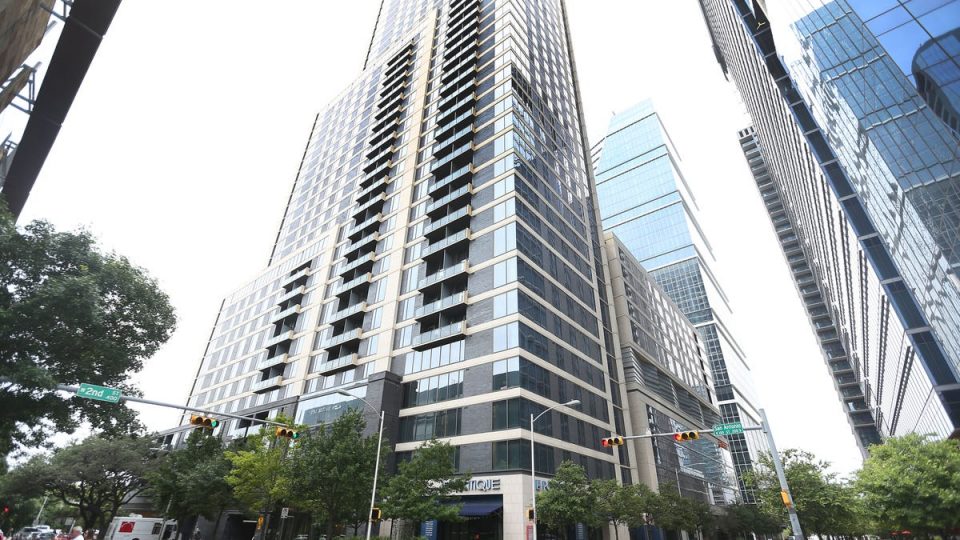 Hundreds of residents of the Northshore Apartments in downtown Austin have been without power in their units for two weeks, but the company that operates the building said it expected power should be back on for the top floors at some point on Friday.

The complex lost power the evening of April 28 after an electrical pull box and about 80 lines of conduit fell from the ceiling in a loading and service entry garage below the main parking area, according to Rachel Yeager of the city of Austin’s code enforcement department.

The fallen material damaged a vehicle that belonged to a diner who was eating at ATX Cocina, which is located in the building.

Northshore is operated by Greystar, a global rental company with dozens of apartment complexes in Austin. The property management company said it plans an investigation to determine why the outages happened so it can take precautions to make sure it doesn’t happen again.

The plan is to turn the power back on in three phases starting on the top floor of the building and going down to around the 23rd floor. There is no specific timeline for when phases two and three will be carried out.

“We have to work with the city who has to power up each grid and communicate with our repair team before we can turn the power back on to each phase,” the management team said in a statement to the American-Statesman.

The Northshore property was issued a notice of violation by city code enforcement on April 29, which gave the management company 48 hours to submit an action plan to repair the damaged electrical system. The plan requires a timeline for the repairs and information on how the apartment managers will provide tenants with temporary services. The notice of violation also notes that the property does not have adequate hot water and required the complex managers to find a way to provide hot water for tenants within two days.

Yeager said code enforcement investigators did not observe any structural damage to the concrete ceiling or parking surface on site.

The notice gives the apartment complex 30 days to obtain permits and repair the damage to the electrical system. The Statesman has filed an open records request with the city for a copy of the action plan.

Apartments in Northshore do not come cheap, with a one-bedroom apartment listed online for $2,752 a month and a two-bedroom for almost $5,000 a month. The building has an appraised market value of $307 million, according to the Travis Central Appraisal District.

Because of high temperatures in Austin over the past two weeks, property management recommended residents temporarily relocate, according to a written statement. Residents were offered a daily hotel and food stipend and will receive a rent abatement for May.

The management company said most residents have temporarily relocated to alternative housing. Electricity remains connected to common areas of the property, retail tenants and emergency systems, the statement said.

This case is ongoing with the city’s code enforcement department, and Yeager said follow-up inspections will be conducted until all issues are resolved and brought back into compliance.

The apartment complex has had electrical crews working to restore power, according to the apartment management team. The property management office said no injuries have been reported, and Austin Fire Department and emergency response crews were immediately deployed to assess the situation.

Austin Energy spokesperson Matt Mitchell said staffers from the utility were on-site in April to disconnect the city’s side of the power supply so the apartment complex could arrange for repairs.

Mitchell said Austin Energy is available to consult with commercial and residential customers about repairs. He said in this case the property management company declined a consultation, which he said is not unusual.

10 Things That Make No Sense In Rune Factory 5