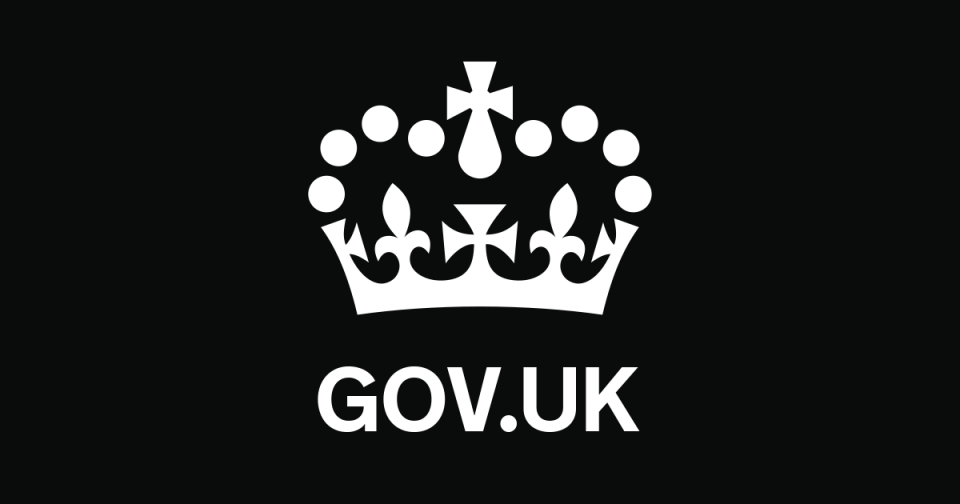 1. 5G is the next generation of mobile technology and is the successor to 4G Long Term Evolution (LTE) which is the current standard for wireless mobile communication. 5G offers new technical capabilities through its higher data rates, ultra-reliable and low latency (minimal time lag) communications, and massive machine-to-machine communications. Taken together these properties give 5G the potential to generate significant economic and social benefits across the digital economy[footnote 1].

2. 5G is now available in over 100 UK towns and cities, including London, Edinburgh, Cardiff and Belfast. While 5G deployment today is primarily focused on providing additional network capacity in densely populated areas, in the longer term 5G will play a central role in the smart and connected cities and towns of the future. It has the potential to enable innovative services in manufacturing and logistics, transport and agriculture as well as enhancing the delivery of public services across healthcare and education.

3. Gigabit capable networks, such as full fibre, will underpin 5G services, providing higher speeds, reliability and resilience[footnote 2]. Dense fibre networks will be vital for 5G to deliver the high speed and high capacity backhaul capabilities that 5G networks will be built upon.

4. The key components of mobile networks are as follows:

Elements of the supply market for RAN equipment

6. The RAN equipment market can be segmented by the generation of technology (2G, 3G, 4G and 5G), which determines the technical standards and systems used by the equipment. Generations can be identified by differences in functionality based on the various technical standards. For example, 2G systems support voice services and basic data transmission including Short Message Service (SMS) for text messaging. 4G systems utilise Long Term Evolution (LTE) technology, and are capable of providing higher data transmission speeds supporting enhanced data services such as video streaming.

7. 5G systems will utilise a range of next generation technologies and be characterised by their ability to provide vastly increased capacity, at faster speeds and with lower latency.

8. The RAN equipment market can then be segmented further by cell size:

9. The primary focus of this strategy is on the mobile RAN macro cell market which is the larger mobile market segment[footnote 3] and where the significant majority of 5G infrastructure rollout will be concentrated in the short-medium term.

10. The macro cell market is also where consolidation is most pronounced and the risk of national dependency on a small number of suppliers is most pressing. On the other hand there is more scope for diversification amongst small cell suppliers where several smaller and emerging suppliers are present in the supply chain alongside the established global players[footnote 4]. These emerging small cell suppliers could play a role in helping to diversify the overall market but it should be noted that, while small cells are part of the overall network, the higher capacity, mobility and power requirements for macro cells means that most small cell suppliers are unlikely to be able to supply macro cell equipment at scale without significant investment and upscaling.

12. Open RAN concerns the setting of open standards for interfaces in the RAN. This will enable equipment from different vendors to be deployed with a “best-of-breed” approach in a multi-vendor network (i.e. operators choose the best vendor for a particular hardware or software component of the RAN to suit their particular requirements).

13. Open RAN standards are being developed by groups such as the ORAN Alliance and Telecom Infra Project, both with similar goals of bringing efficiency and cost reduction by virtualising the baseband functions over a white-box hardware and a software-defined technology, all based on open interfaces.

14. As illustrated in Figure 2, under a traditional RAN architecture the radio unit (RU), which connects to the antenna, and the baseband unit (BBU), which connects the base-station to the wider network, are proprietary and linked via fibre by a proprietary common public radio interface (CPRI). Therefore the RU and BBU must be provided by a single vendor.

15. A baseband unit will typically host all the functional blocks in a radio processing chain from the top, addressing compression and ciphering all the way down to the Lower Physical layer which addresses beamforming and mapping the symbols that carry data into larger blocks for transmission. In between are key functions such as packet scheduling and modulation. Typically up to 30 of ‘these’ blocks comprise the chain. PDCP blocks typically sit in the CU but most blocks are in the DU. The point at which the DU is split from the Radio Unit (RU) is called the functional split. The 3GPP specifications for 4G and 5G networks describe several places for the functional split. Where the split occurs poses different deployment challenges in terms of co-location, latency requirements and connection bandwidth. Open RAN and the O- RAN Alliance have focussed on a ‘7.2x’ split, which splits the Lower Physical layer between the DU and RU. Open RAN also introduces RAN Intelligent Controller (RIC) software, which facilitates the management of CU/DU functions.

Other approaches to interoperability

16. Open RAN is one of several technical methods the industry is progressing as it considers the opportunities brought about by increased interoperability. These solutions typically focus on enabling non-proprietary interaction between key components of the RAN. While these alternative solutions are not necessarily based on open interfaces, they have the potential to address barriers to diversification and enable operators to integrate equipment from new suppliers alongside legacy equipment from incumbent suppliers.

17. Today the interface between the current 4G Baseband Units and Remote Radio Units – the two key components of the RAN – is based on the Common Public Radio Interface (CPRI) protocol. This is an optional protocol meaning that suppliers will not necessarily make their interface available to others to enable interoperability. However, recent developments have led most of the major mobile RAN suppliers to establish an ‘enhanced’ Common Public Radio Interface (eCPRI). While the initial proposition of eCPRI is that of an open interface that makes it easier for operators to mix and match suppliers’ equipment across the Baseband and Remote Radio Units, its implementation has yet to demonstrate a meaningful move toward interoperability. We are keen to see equipment suppliers take further steps to open up this interface and remove a key barrier to interoperability and diversification.

18. This ‘opening up’ can then be taken a level further to enable interoperability within the Baseband Unit component of the RAN – between the centralised unit (CU) and the distributed unit (DU). The interface to enable interface between these two sub-components is known as the F1 Interface. Again ensuring these interfaces are standardised and open is central to delivering against the promise of interoperability.

19. A further potential approach is the implementation of a ‘5G overlay’, utilising the X2 interface.[footnote 5] This enables a 5G equipment supplier to integrate its equipment into a network on top of another supplier’s equipment, anchoring to its 4G equipment. While this deployment method is based on a standardised interface, it is an optional rather than a default. This means that the solution can only be effective where incumbent suppliers enable it and share and maintain the details of their implementation to enable others to interoperate.

20. It should be noted that the interfaces referenced here are not exhaustive and that there are further interfaces that are required to ensure the seamless operation of modern networks. A key set of further interfaces are ‘management interfaces’ – including business, service and network layers – that allows for the consistent management of various network functions and are critical when addressing network faults or issues as they arise.

21. All of these approaches require the cooperation of suppliers across the supply chain and so we are keen to see suppliers work together to open up these interfaces in order to facilitate genuine interoperability.

22. A further challenge with encouraging these approaches to be adopted as the industry standard is exacting performance requirements in terms of reliability, ultra-low latency and extremely high data transmission rates. R&D to test and trial these interfaces is therefore essential in order to establish these approaches as default ways of working.

23. ‘Standalone’ (SA) architecture is an alternative deployment method, based on new ‘greenfield’ networks that may share transport, routing and switching with existing 4G networks. SA deployments are needed to deliver the full functionality of 5G, such as ultra-reliable, low-latency enterprise services.

24. As SA deployments are not as heavily based on existing networks, they represent a significant opportunity for new market entrants. This is because unlike previous generation networks, with 5G it is possible to integrate elements of different generations in different configurations; SA – using only one radio access technology (5G only) with a 5G core; and Non-Standalone (NSA) combining multiple radio access technologies (4G and 5G) based on a legacy (4G) core.

25. In a SA scenario, where the 5G radios can be deployed with a dedicated 5G core, network operators have the option to deploy and manage an ‘independent’ 5G network without needing to build the 5G network on top of a legacy network. This means that a new market entrant could be integrated into the network without any need to interoperate with existing equipment.

‘This Is Insanity’: Start-Ups End Year in a Deal Frenzy