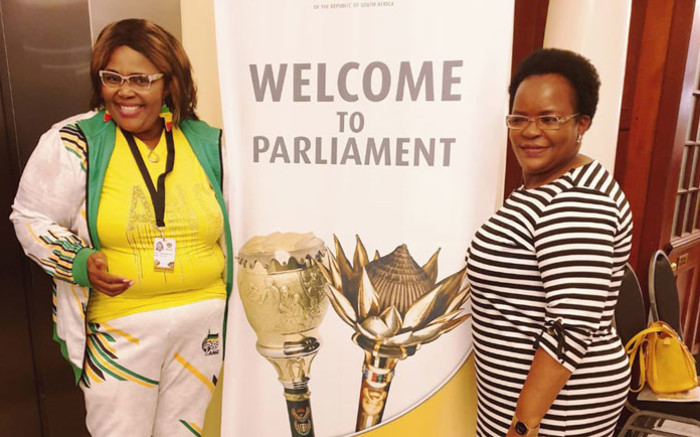 The ANC caucus led by chief whip Pemmy Majodina said that the AG’s first report for the period ending on 31 July reflected substantive transgressions and flouting of regulations, as well as the abuse of funds.

CAPE TOWN – The African National Congress (ANC) in Parliament on Wednesday said that it was dismayed by the Auditor-General’s (AG) findings on the government’s management of the COVID-19 relief package.

The governing party wants to meet with Cabinet ministers to discuss the matter.

The ANC in Parliament issued a statement reacting to the first in a series of reports by Auditor-General Kimi Makwetu, who earlier this month revealed how illegitimate businesses and public servants scored tenders.

“The ANC caucus is dismayed by these damning findings and commends the AG for exposing these malpractices, especially exposing in the AG’s words captured as ‘clear indicators of fraudulent activities’ in the PPE procurement processes as well as of poor – record-keeping and an inability to co-ordinate and oversee multi-departmental agencies and spheres,” the caucus said.

“The report indicates that notwithstanding checks and balances, these measures were not adequate to deter wrongdoing, especially in the procurement of goods and services and in its place, overpricing has taken place despite National Treasury regulations.”

The ANC caucus led by chief whip Pemmy Majodina said that the AG’s first report for the period ending on 31 July reflected substantive transgressions and flouting of regulations, as well as the abuse of funds.

It said that this was due to pre-existing deficiencies in the supply chain processes of government, which were amplified by the introduction of emergency procurement.

The party said that it was dismayed by these damning findings and commended the AG for exposing malpractice.

“As caucus we strongly condemn the actions of those individuals who have acted in their own subjective interest and with no authority, who have seen an opportunity to appropriate resources destined to alleviate the pandemic.”

The first report of the AG dealt with R68.9 billion or about 47% of the R147.4 billion of funds spent on government’s COVID-19 initiatives.

The party said that individuals in government who were put on precautionary suspension would need to explain what exactly happened.

Download the EWN app to your iOS or Android device.