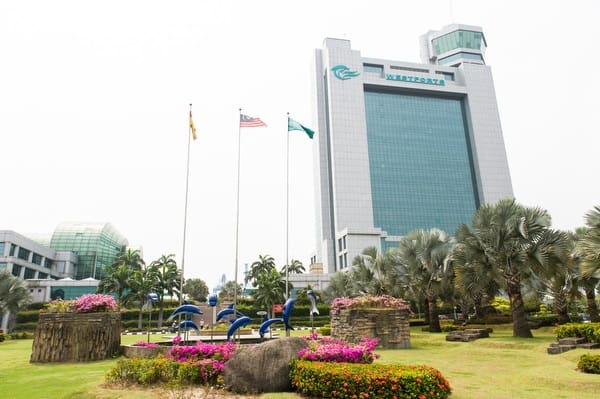 Shipping terminal operator Westports (BM: 5246) of Port Klang, Malaysia, reported a year-on-year, 10% surge in third quarter revenues and a year-on-year 16% jump in profit before tax. A 12% jump in “Total comprehensive income for the period attributable to owners” was also reported. But stock analysts were not impressed.

Tam Kam Meng, an equities analyst with TA Securities of Malaysia, wrote in a research note the results came in “below our expectations but within consensus estimates.” TA Securities immediately cut earnings projections for Westports and maintained a “sell” rating on the stock.

Westports is a sizable marine container terminal operator with a throughput of ocean shipping containers in 2018 of about 9.52 million twenty-foot equivalent units (TEUs).

Westports attributed the increase in revenues to “double digit growth in container volume and the implementation of [a] container tariff hike with effect from 1 March 2019.”

Analysts at TA Securities put the third quarter volume numbers at 2.77 million TEU. About 66.79% of that volume was transshipment boxes.

The company’s cost of sales also increased, by about 2%, between the two periods to stand at 175.62 million ringgit ($41.93 million), which was only a small absolute increase of about 4.05 million ringgit (just under $1 million).

Costs and profit before tax

There was a big blow-out for Westports in the cost of running its operations, however. Administrative and other expenses jumped by about 28% year-on-year to 58.90 million ringgit ($14.06 million) and that, in absolute terms, means that an extra 13.05 million ringgit ($3.12 million) was swallowed up by the operation.

Finance costs on the company’s borrowings comprised another 23.06 million ringgit ($5.5 million) but, in happier news, finance costs declined year-on-year by about 2%, although in absolute terms it was only a handful of change (353,000 ringgit; $84,270) that was put back into the pockets of the company.

Profit before tax jumped a very healthy 16% to stand at 211.31 million ringgit ($50.45 million) for the quarter. The company attributed the growth in profit before tax to the generation of higher revenues.

Although Westports did not provide a profit forecast or a profit guarantee, it did comment that it expects its container throughput to register “a double digit percentage growth rate in 2019.”

Going slow on a big build

Back in August 2017, Westports received approval-in-principle from the Malaysian government to expand its container terminal. Terms and conditions of a potential development are being discussed. In April 2018, the company acquired part of the nearby seabed with a size of 154.2 hectares (381 acres). The company said that various preparations and studies are underway in respect of the proposed expansion.

If the expansion goes ahead, it will increase capacity at Westports up to 27 million TEUs with an extra 4.8 kilometers (2.93 miles) of wharf.

Equity analyst Zaki Hasan, of Drewry Maritime Financial Research, wrote in a research note (published via the Smartkarma platform) that Westports currently has a capacity utilization of about 70% “which is causing concerns of congestion.” So the expansion is necessary both to ease the blockage and to allow for further growth.

However, it seems unlikely that this project is likely to get underway anytime soon.

Hasan points out that the big realignment of container shipping in 2016 has “shifted the pace of volume growth at Port Klang to a much lower base.” Port Klang is the port within which Westports’ terminals are located. There has been a migration of boxes and carriers from Klang to Singapore. In fact, Hasan regards the attraction of Singapore to ocean carriers as a competitive threat to Klang and other Malaysian ports.

Meanwhile, Hasan notes that the timeline and likely execution of any expansion project “is in a bind without the backing of a major carrier or alliance.”

Hasan notes that the management of Westports is “playing safe” in its capacity expansion and notes it would, in any event, require a significant capital commitment “which will strain Westports’s balance sheet.”

Meng notes that the company’s management is targeting its current capital expenditures on new cranes and trucks. A new bulk liquids jetty needs to be built soon too.

Westports, an ocean shipping container terminal operator immediately adjacent to the town of Port Klang, is located 25 miles southwest-by-west of Malaysia’s capital city, Kuala Lumpur. The port is also located on the Strait of Malacca, one of the world’s busiest ocean-shipping waterways.

The company is a major terminal operator in Malaysia. It has a terminal capacity of about 14 million TEUs and it actually handled about 9.52 million TEUs in 2018. By way of comparison, in California, the immediately adjacent ports of Long Beach and Los Angeles, handled 8.01 million and 9.46 million TEUs respectively last year.

Westports operates deep water berths. The depths alongside berth range from 15 to 17 meters (49 feet to 56 feet).

The Factory Theater to Launch THE FACTORY ZONE, a Two-Night Event Featuring a Collection of Eight Plays

See inside this Houston shipping container home, along with 4 more in Texas you can rent

Risk of sea chests and filters clogging at Barranquilla, Colombia

Mainstream Crypto-Agility and Other Emerging Trends in Cryptography: Part 2