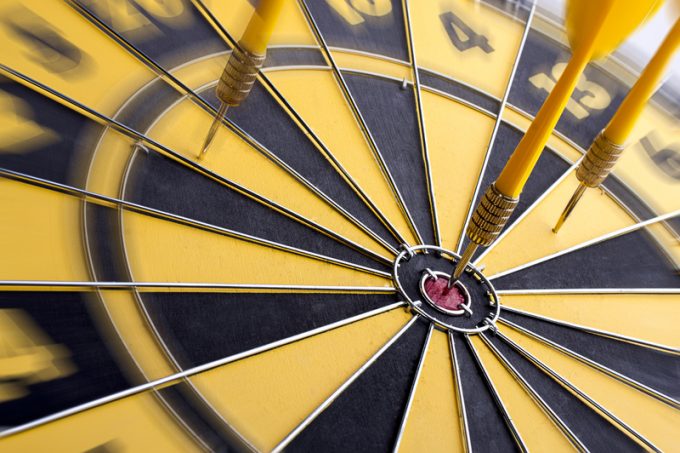 CH Robinson’s (CHRW) 10-K will be released by early March at the latest, but we already have enough evidence in its unaudited 8-K filing released recently to draw a very simple conclusion: the patient is on the operating table.

As one of the most prominent brokers of freight services in North America struggles, its competitive advantage in pricing power is eroding, hindering brand power. This comes operationally just as, financially, trying to prop up earnings per share via buybacks at over 5x book value looks a bit silly right now. Payout risk has surged, although the dividend yield seems to be about right for the credit risk the name carries.

Then, take it at face value, and if you trust the words of the new CFO, Mike Zechmeister, who joined from United Natural Foods* in September, CH Robinson “has a solid pipeline of opportunities” to boost its $9.8bn market value.

(*UNFI is a $400m market cap organic food wholesaler valued at about one twenty-fifth of CHRW’s net worth, whose stock has cratered since a peak in early 2015)

A few in the marketplace found his remarks so interesting that they asked me this month whether I had promptly drafted a list of targets. I was unfazed.

Pity, my first reaction was, this isn’t the CFO – erm, CEO – of XPO Logistics, but that of a company that has always devoted capital only to bolt-on deals, at times mildly accretive, at times who knows.

Sifting through the past decade of CH Robinson’s cash flows (of course, not all deals have been disclosed in terms of size), here is how its “acquisitions, net of cash acquired” investing cash flow line looks (in brackets is also shown the amount of cash and equivalents held on the books at the end of each year):

We can pencil-in $127m on average of cash outflows from investing tied to M&A during the 2010-2020 period, which is not far off the amount of cash it spared in 2019 after capex, buybacks and dividends were accounted for.

Those RoadRunner PDS assets it recently agreed to acquire, and for which closing is expected this quarter, were above trend in terms of cash outflows, but represent just 2.2% of its own market cap as well as a relationship-driven $225m deal that did nothing to cheer up animal spirits.

Based on its trading levels on the market – if it does M&A it needs to do it properly to shore up value – it was another random deal boasting marginal rather than compelling strategic logic. And, as a reminder, CHRW shares traded around these levels in 2010 when group earnings per share (EPS) was $2.33, with fully diluted shares outstanding at 165.9m.

What this means is if it hadn’t bought back any stock during the period, its 2019 EPS would have been $3.4 (18.8% lower than reported at the end of 2019), for a CAGR over the period of 4.2% instead of 6.7%. That’s a heck of a difference, and make no mistake: its underlying adjusted growth rate is unlikely to be materially better, organically, than core inflation in the near future.

Now, if there it’s true that there could be hidden value in logistics for companies in the $10bn value ballpark, and say there is appetite for mid-market assets and therefore a “mid-market” discount – rather than any sort of “conglomerate”discount – applies to transport and logistics you should also remember that industry deal-makers often regard 10x/11x trailing clean ebitda for any 3PL assets as a top-end estimate.

Whatever the CH Robinson parts may be worth (the group’s implied value is in the aforementioned range on a trailing basis), it boils down to fair value, and anyway there’s almost $800m of free cash flow to play with for a suitor.

Worst-case: it could end up being another Apollo-like deal for Ceva? I don’t think so. Best-case: a stellar internal rate of return (IRR) is on the cards, as arbitrage is offered by lowly multiples at entry and an overcapitalised (balance sheet) target by private equity standards, which gives these assets the opportunity to compete with XPO in asset sales. In the middle, a base-case with 20%-ish IRR scenario where all the assets are retained.

These, in my world, are more credible scenarios than trusting the idea that CH Robinson, at this critical point of a dragging cycle, would scrape the M&A barrel to go for meaningful deals, let alone strategic and/or cross-border M&A of a certain size (over $1bn).

Bar any private equity scenarios, there is another option, which is conservative and not necessarily driven by shareholder value over the very short term, but by a massive IT drive to lead consolidation in logistics.

Depending on premium considerations, CH Robinson is a $12bn-$15bn target for AP Møller-Mærsk (APMM, $25bn market cap), which is another entity in transition mode but which could do with an equity-funded deal, if vertical consolidation of services is for real rather than a mere marketing exercise.

The Danish container shipping mammoth would see its controlling family have to be significantly diluted, although one caveat is that Expeditors ($12.4bn market cap) is mildly more compelling due to its assets mix… another, however, is that supply chain “neutrality” would be harmed if Expeditors or any other major air and ocean freight forwarder, rather than CH Robinson, were taken over by APMM.

The coronavirus is disrupting global shipping. Now goods are getting stranded