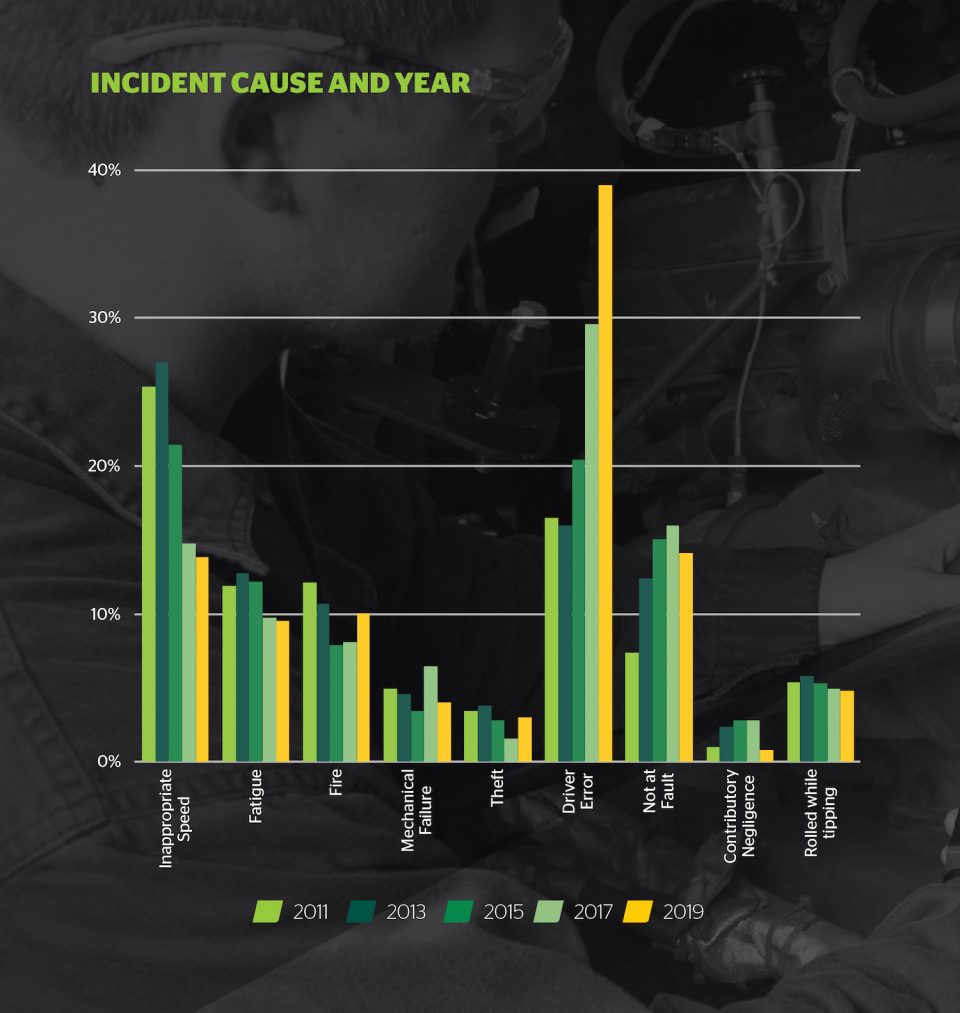 The latest data about truck accidents around the country is going to be available yearly from now on aiding in the task of analysing truck accident data. Diesel talks to the report’s Author, Adam Gibson.

The trucking industry can look forward to keeping up to date with issues around truck safety more regularly from now on as the National Truck Accident Research Centre (NTARC) will be bringing out its Major Accident Report annually, as opposed to biannually. The full 2020 report has now been released and, in fact, in the last issue of Diesel, we previewed the preliminary fatigue related results for our Fatigue Special report.

The report uses the data gathered by National Transport Insurance (NTI) on all major accidents that go through its system. A major accident is defined as one costing over $50,000, and NTI recorded 848 of these in 2019, a large enough sample to get a real picture of what is going on out there on our roads.

The precision of these reports is being improved all the time. In the past, data collection was more difficult and the report only appeared every two years. NTARC has also updated its procedures and data structures to better fit with the way police and transport departments around Australia record incidents.

A number of headline figures stand out in the report. Between 2017 and 2019, the frequency of accidents dropped from one in 400 to one in 500. There was a sharp increase in accidents caused by distraction and inattention. There was an increase in truck driver deaths, no NTI-insured drivers had died in 2017 and this was not the case in 2019. 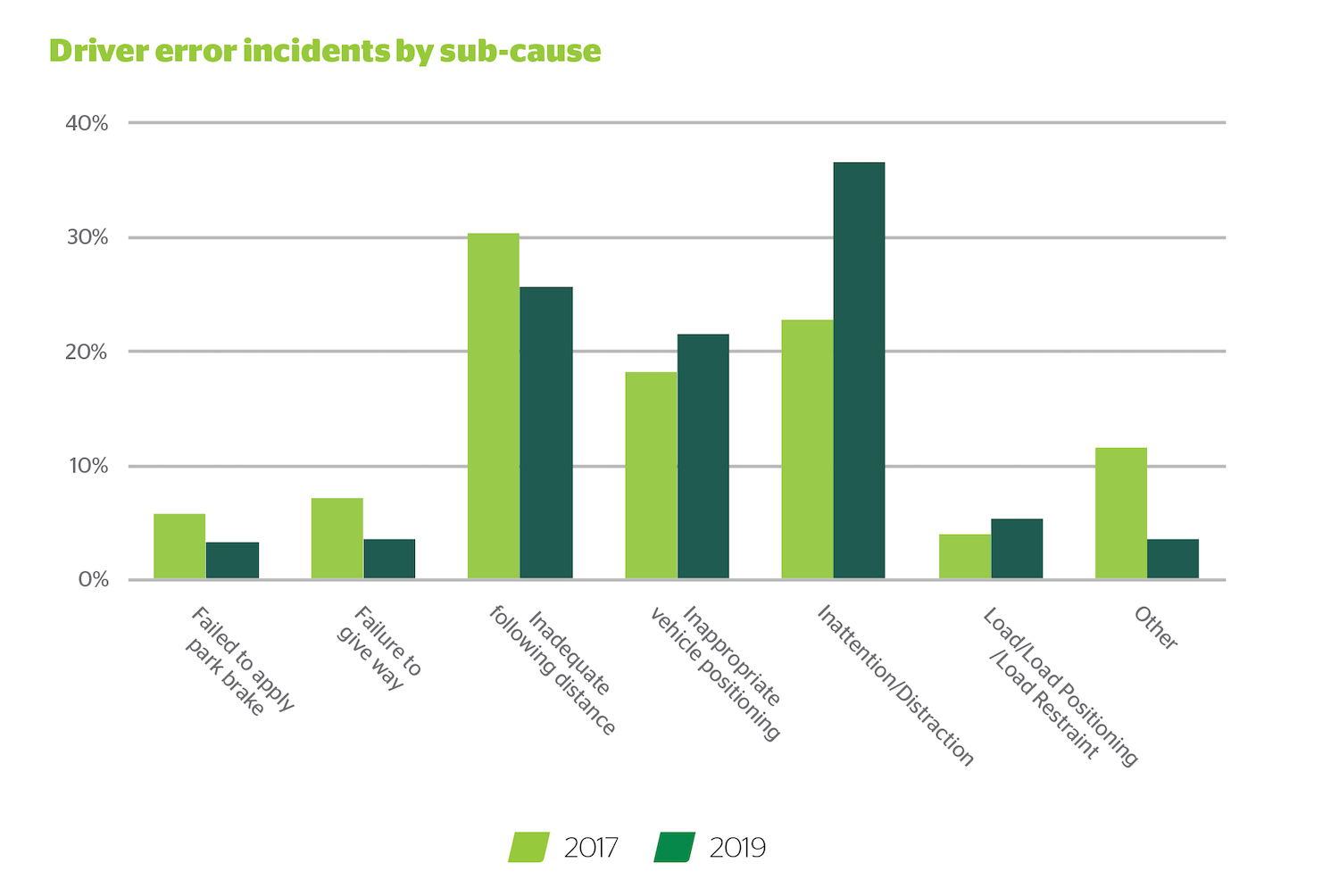 Driver error was deemed to be the cause in 39 per cent of all incidents, it was 29.6 per cent in 2017. Number one error was driver inattention, the second was following too close and the third was inappropriate vehicle positioning, such as cutting corners etc.

The decrease in the number of accidents caused by inappropriate speed has continued. It was nearly 28 per cent of incidents back in 2013 and had dropped to 14 per cent by 2019. These top three causes represent over 80 per cent of all cases of driver error included in the figures.

Going against a trend of the past decade, the number of incidents caused by fire has crept back above ten per cent. This has been a stubborn issue which seems to persist despite efforts by the industry. An interesting change in the figures shows an increased share being caused by wheel-end fires, rising from 33 percent to nearly 50 per cent of non-impact fires. The second worst reason was in engine bay/cabin fires at 31.8 per cent. With the wheel-end fires, tyres were the top cause. Analysing truck accident data shows bearings came in at number two and brakes were the third, causing 15 per cent of the incidents.

“We saw a slight increase in fires as a proportion of all events, it went from eight per cent to ten per cent. It rose on the back of wheel end fires and not on engine bay fires,” says Adam Gibson, NTI Transport and Logistics Risk Engineer. “Even when we look at engine bay/cabin fires, it’s still 55 per cent electrical fires and it’s still, overwhelmingly, starter motor power cables.

“If I could have operations managers or workshops fix two problems in trucking to do with fires, it would be putting in place some sort of inspection regime around the starter motor power cable – to make sure it’s well protected and well supported – as well as something about wheel ends. Either go to preset bearings or do something about brake hoses and chambers. Tyres are the biggest slice, we had a bunch of tyre-related wheel end fires.”

“The biggest surprise we have found from operators we know are using fatigue detection technology is that although they put the systems in for fatigue, the wakeup call is around mobile phone usage,” says Adam. “Some of the tech is very good at detecting people looking down at their phones on their lap.”

“Fatigue is still the leading cause of injuries and deaths. The results are slightly less consistent, but slightly improved, when compared to previous reports. As with our previous report, it is the largest cause of our insured drivers losing their lives.”

What this study hasn’t been able to get a handle on yet is the overall effect of the inclusion of fatigue management technology in trucks on the accident data. the amount of data available is not large enough for 2019, but Adam is expecting the numbers to be significant enough in the 2020 data to draw some initial conclusions.

When analysing truck accident data the report compares the numbers of crashes caused by fatigue in each state with freight volumes in each state to make a fair comparison between them. South Australia has fatigue related incidents at double the rate of the national average. By the same metric, the state which suffers the least from this problem is Victoria, with numbers at one third of those nationally. 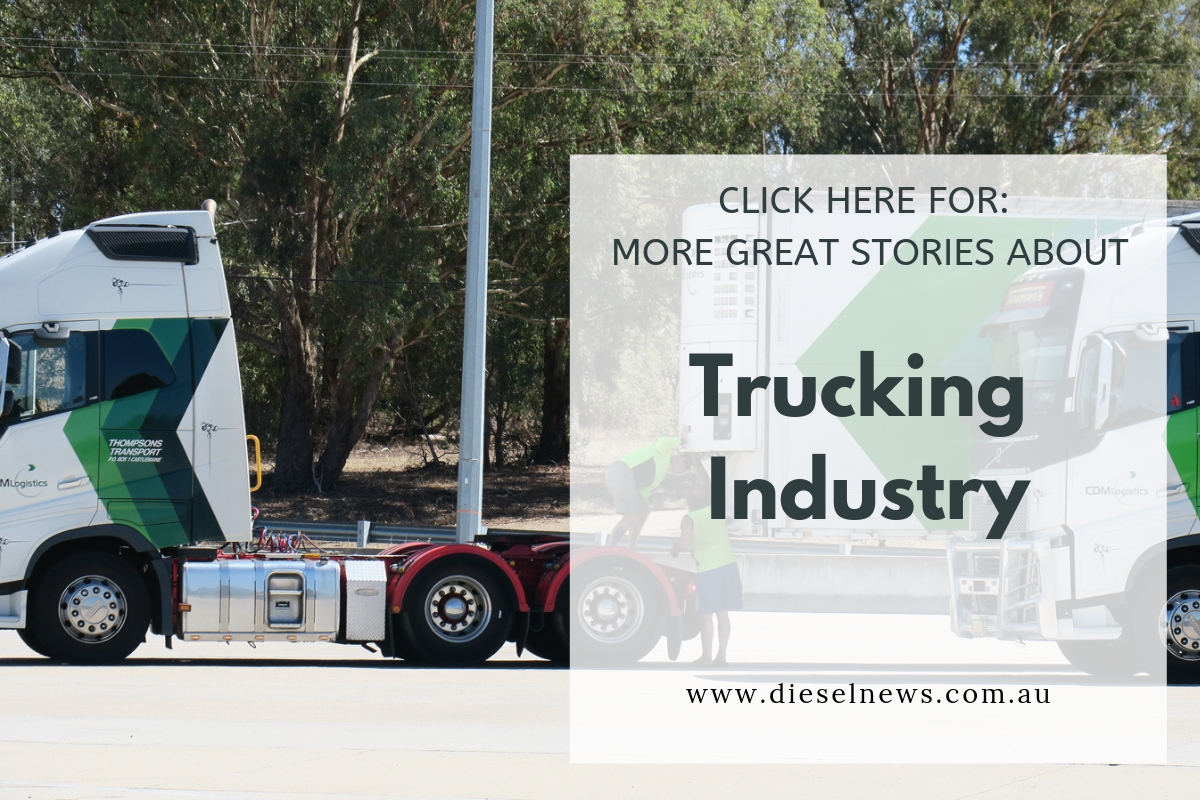 The Belt and Rebranding Initiative