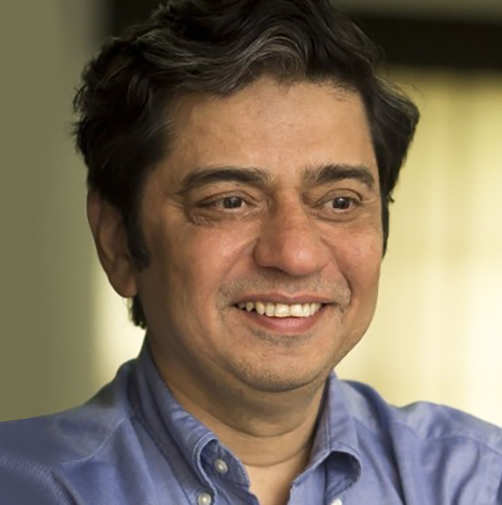 For as long as one can remember the worlds of business and activism sat perched comfortably on opposite sides of each other. Activists thought of corporates as blood-sucking leeches that feasted on all forms of vulnerability, and corporates, when they thought about activists at all, saw them as trouble-making busybodies with no skin in the game. The two sides were rarely seen on the same forum and lived in their own separate worlds, with their pet pursuits and their own insider vocabularies.

Over the years, corporates came under increasing fire from activists of various hues, for a diverse set of reasons- cronyism, their carbon footprint, lack of diversity, tax avoidance, top management compensation, sexual harassment to name a few.

The usual corporate response to criticism was a combination of PR parrying and whitewashing, behind-the-scenes ‘management’ of the problem and legal action. The underlying assumption was clear- business ran on a different code than society, and that was how it going to be. It was happy to say the right things, occasionally ‘do its bit’ for society, run the odd ‘public service’ campaign, but otherwise it lived in a world of profit and shareholder value, and social concern was a luxury it could not afford. Controversial subjects were avoided strenuously, with bland denial being the tactic of choice. Staying on the right side of power made good economic sense.

Something interesting and unusual is happening in the corporate world in the last few years. We have seen many examples of large corporations taking positions on controversial subjects, and actively embracing a range of social causes. Corporations have always professed social concern, from the safety of a paragraph or two tucked away in the innards of their annual reports), but what we are seeing today is different. Brands are talking about being driven by a higher purpose, above and beyond their business goals. It is true that many of these efforts are transparently opportunistic, with many examples of ‘cause freeloaders’ attaching themselves to positions that have over the years become quite mainstream. Here corporations can radiate a sense of concern without actually putting anything at risk. In the West, issues relating to the environment and LGBT rights enjoy a high degree of social consensus and make for easy posturing.

However, there are many brands that go beyond such ‘safe’ issues and venture into more contentious territory. We are seeing an emergence of a much more politically aware and engaged voice, to a point where it is now difficult for major brands to keep silent in the case of any major controversy involving the sensitive issues of the day. The number of large brands that have spoken out in favour of the Black Lives Movement is a case in point.

Nike took a defiant stand when they featured controversial athlete Colin Kaeperneck in their ads despite the highly polarised views about him. The Facebook boycott by a host of leading global corporations hits the social media giant where it hurts the most. For the companies in question too, the suspension of advertising on such an influential medium carries economic costs. The willingness to back up their words with actions that carry concrete consequences is a sign of seriousness of intent which was largely absent earlier.

We are seeing this change is not because corporations have suddenly developed a social conscience. It is born out of a commercially sound logic which is rooted in the understanding that the younger generation, the segment of consumers business is most concerned with, is demanding much more social accountability from businesses and brands. As consumption has become a more normalised part of our lives, more is being sought from it. Empty acts of consumption are being looked down upon, and desire for all actions, including those involving material consumption need to deliver meaning of a higher order. Every element of the business system is coming under scrutiny- how employees are treated, whether any discrimination is occurring on grounds of gender, race or sexual orientation, the steps that are being taken to reduce the carbon footprint- all of these now are becoming increasingly influential in the consumption decision.

In India, however, there is little to suggest that this global movement has any significant impact. Brands continue to steer clear of any contentious political positions given the overall climate, where even a generic Eid ad run by a brand gets heavily trolled on social media. Brands are taking up social causes with greater seriousness than they did before, but barring a handful, the efforts are largely self-serving and lie largely in the realm of thinly veiled brand promotions. Even the much-publicised move to change the name of a fairness cream is an exercise in tokenism given that the product formulation has not changed.

Globally, it is important to harness this new opportunity, for corporations have a great ability to make a difference where it matters. By taking public positions and making lofty and uncompromising statements about their values gives civil society an opportunity to hold them to their word. The scrutiny of corporations in public forums is likely to become much more stringent. But in terms of what is professed at least, there is greater alignment between two hitherto opposed worlds, a rare convergence of the two.

Change is afoot. And its direction is unlikely to be reversed any time soon. A newer generation of consumers is even more likely to demand greater social accountability from business. It is possible, that business given its inherent compulsions can never really become societally conscientious. Or it is possible that imperfect as things might be right now, we are beginning a journey towards a more meaningful integration of business with society. While the politics of the day might be seeing a pitched battle between two ideological positions, when it comes to business it looks like the consumer made her preference clear.  That is good news.

DISCLAIMER : Views expressed above are the author’s own.

The Life of Plastic Packaging | State