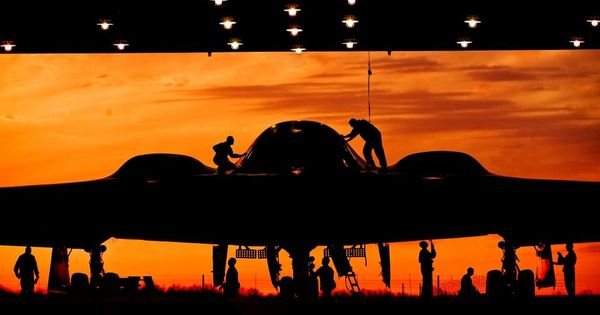 Air Force bombers represent a crucial capability needed to support the 2018 National Defense Strategy, with the range, payload, endurance, and resiliency to hold targets at risk anywhere and at any time. These long-range combat aircraft routinely deploy to both Europe and the Indo-Pacific to send a strong deterrent message to potential adversaries and reassure America’s allies. No other service or ally possesses a like capability. Accordingly, it was no surprise last year when the Air Force signaled the need to grow its bomber capacity by five squadrons. As one headline recently put it, “Everyone agrees. The Air Force needs more bombers.” However, one year later, the service, because it is currently under resourced to meet the demands of the national defense strategy, is being put into a quandary such that it may have to shrink its current bomber force to free up funds to invest in priorities for the future. That understandably makes for difficult decisions, but reducing America’s current bomber force may significantly increase risk before the new B-21 next generation stealth bomber becomes operational.

Potential Air Force bomber cuts have been well documented in recent press reports—with most of the attention focused upon divesting a significant portion of the B-1 force. This aircraft has been flown exceedingly hard for the past two decades because its attributes of range, payload, speed and endurance were needed in places like Afghanistan, Iraq, Libya, and Syria. Despite heavy use, their maintenance accounts were underfunded.

Now, not sufficiently funded by Congress to pay for the deferred maintenance and structural repairs needed to keep these workhorses flying, the Air Force may have to retire a portion of the B-1 fleet. Retiring something when demand for it remains exceedingly high makes little sense—especially when remaining bombers would be flown even harder, thereby wearing out sooner. At the same time, there are rumors that the Air Force may need to curtail the B-2 stealth bomber’s defensive management system modernization (an upgrade known as DMS-M) to free up funds. Such cuts would be troubling given that America needs more long-range strike capability and capacity, not less.

The B-2 DMS-M is designed to upgrade the ability for America’s only stealth bomber to reach targets inside contested airspace at a time when enemy defenses are increasing in sophistication and lethality. In addition to replacing obsolete, 1980s-vintage parts, the program enables the B-2’s sensors to detect points of danger and circumvent them in real-time, while also improving the aircraft’s survivability. The program also provides the B-2 with a new mission computer with “open mission systems” that will allow more rapid and affordable upgrades. Failure to complete the program would result in the B-2’s survivability waning in future years, limiting when and where it could execute its strategically critical missions. Said another way, leaders would risk loss of policy options to meet the demands of the national defense strategy.

While some experts might cite the eventual fielding of the B-21 as a reason not to worry about cuts to DMS-M, lessons-learned from other major acquisition programs sound a cautious note. While all publicly known information suggests that the B-21 is on a good path, the aircraft is still in the design phase. Challenges, future potential budget cuts, production hurdles, and a host of other issues could see the new bomber’s operational fielding delayed toward the latter part of the 2020s or even into the 2030s—especially when it comes to specific capabilities like nuclear certification. This is not a radical conjecture as such delays have happened in nearly every military aircraft procurement effort, including the C-17, V-22, F-22, and F-35 programs. Investing in the B-2 is a smart hedge against such risk in addition to the need to deal with rapidly growing threats. Eliminating this upgrade presents a very real danger that the United States could lose its means of conducting long-range penetrating strikes through the 2020s at a time when that capability may be critically needed.

There are also cost factors associated when it comes to canceling B-2 DMS-M. The program has been underway for years, and most of its development funds have been expended. Cutting the program now would be like constructing a house but not moving into it because you did not want to pay for paint and furnishings. Alternate courses of action could see the Air Force spending nearly as much for lesser capabilities. It is far smarter to stick to the original plan and realize a return that sees the aircraft remain operationally viable into the 2030s.

There is no question that the Air Force is facing exceedingly difficult resource decisions as it assembles its Fiscal Year 2021 budget. However, there are core mission areas where the Air Force provides outsized mission value—affording effective and efficient policy options that cannot be accomplished any other way without enormous resource expenditures. A single B-1 or B-2 can deliver the same effects as an entire aircraft carrier battle group in some circumstances. Bomber capabilities need to be bolstered, not cut. The B-21 promises to be a very advanced and capable aircraft and the Air Force should procure them in ample numbers as rapidly as possible. However, until the day comes that the B-21 is fully mission capable in sufficient numbers to meet the needs of the national defense strategy, the legacy bomber force will have to answer the call to fly and fight. Investing in sustaining the viability of these proven aircraft is not an option, it is an imperative.